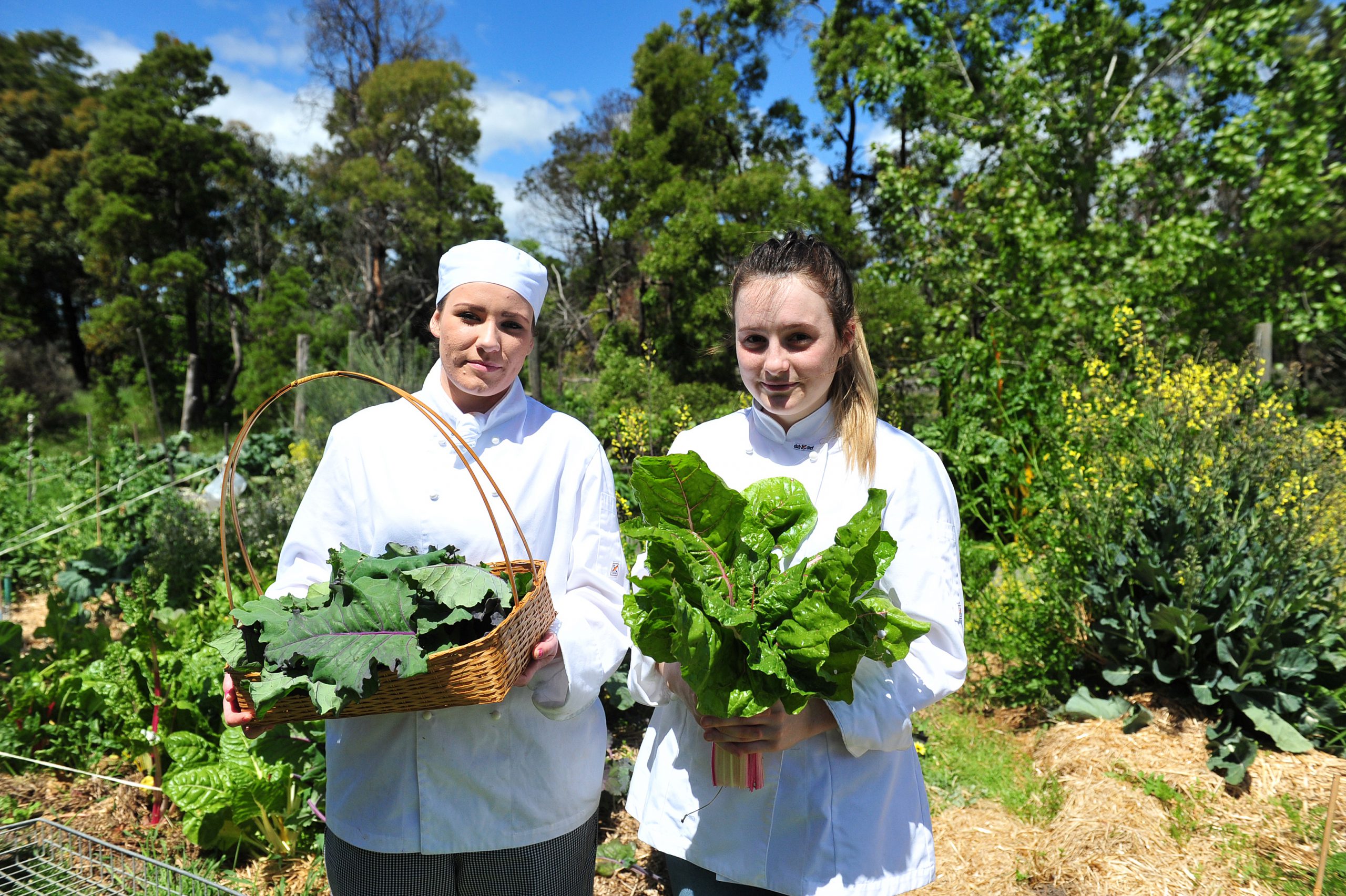 What was once a small plot of land strewn with grass and overgrown weeds has now become an abundant produce garden and perfect training ground for careers in horticulture.

At Morwell’s Federation Training campus, a new cohort of students in the ‘Paddock to Plate’ State Government funded course are aiming to meet the skills shortage in Gippsland’s agriculture and hospitality industries.

Wandering through the campus garden on a sunny afternoon, horticulture teacher Simon Renehan took The Express through the garden.

He points to a ‘no dig’ bed that has already seen its first crop of lettuce and is now growing a maze of strawberries, rows of potatoes and bulbs of garlic.

“It doesn’t break the soil down as much as mechanically-used methods.

“When I started this year, there was nothing here. There was a little mound with weeds on it, but now we’ve got all of this.”

With a background in agriculture working on farms in Lindenow in the region’s east, Mr Renehan recognised the skills shortage in the sector.

He said some of the students were young and had never worked, but their horticultural skills had improved so much they were independently creating garden plots full of silverbeet, rhubarb, dill, carrots, onions, rocket, pumpkins and cabbage.

Student Sam told The Express he did not know he could grow so many vegetables.

The program also celebrates the connection between producer and consumer, with bundles of vegetables, bouquets of herbs and buckets full of fruit from the students’ young orchard used at the Morwell campus’ Waratah restaurant, where hospitality students prepare fresh and local dishes.

Federation Training culinary teacher Kellie Fraser said many of her students had never worked with fresh produce until now.

“It’s really about them accepting that it doesn’t come out of a box,” Ms Fraser said.

“So many of them had never seen fresh produce, that’s the scary part.”

The teacher of more than 20 years said it was often hard to find good produce in the Valley, with so much food stored and transported back and forth from Melbourne.

“I get so excited when Simon brings over something fresh, just picked,” she said.

“It’s fabulous and hopefully I’m inspiring all these students to grow their own and cook with this produce that tastes better and stores better.”

The State Government program received $2.6 million as part of its Back to Work Fund.

Funding included $950,000 for hospitality and apprenticeship training in Morwell; $100,000 for new horticultural facilities in Bairnsdale and a $100,000 upgrade in Leongatha.

Federation Training education manager Sue Wyatt said the course taught horticulture and hospitality skills that could be used in a career or in students’ lives at home.

She said Gippsland was the ‘agrifood belt’ and agriculture was one of the growth areas of the region.

“We’ve been liaising with industry about what they need. The Paddock to Plate program gives them a Certificate Two qualification and a taste of that area,” Ms Wyatt said.

Front of house and hospitality is the third tier of the program with students learning different styles of hospitality when serving food and beverages.