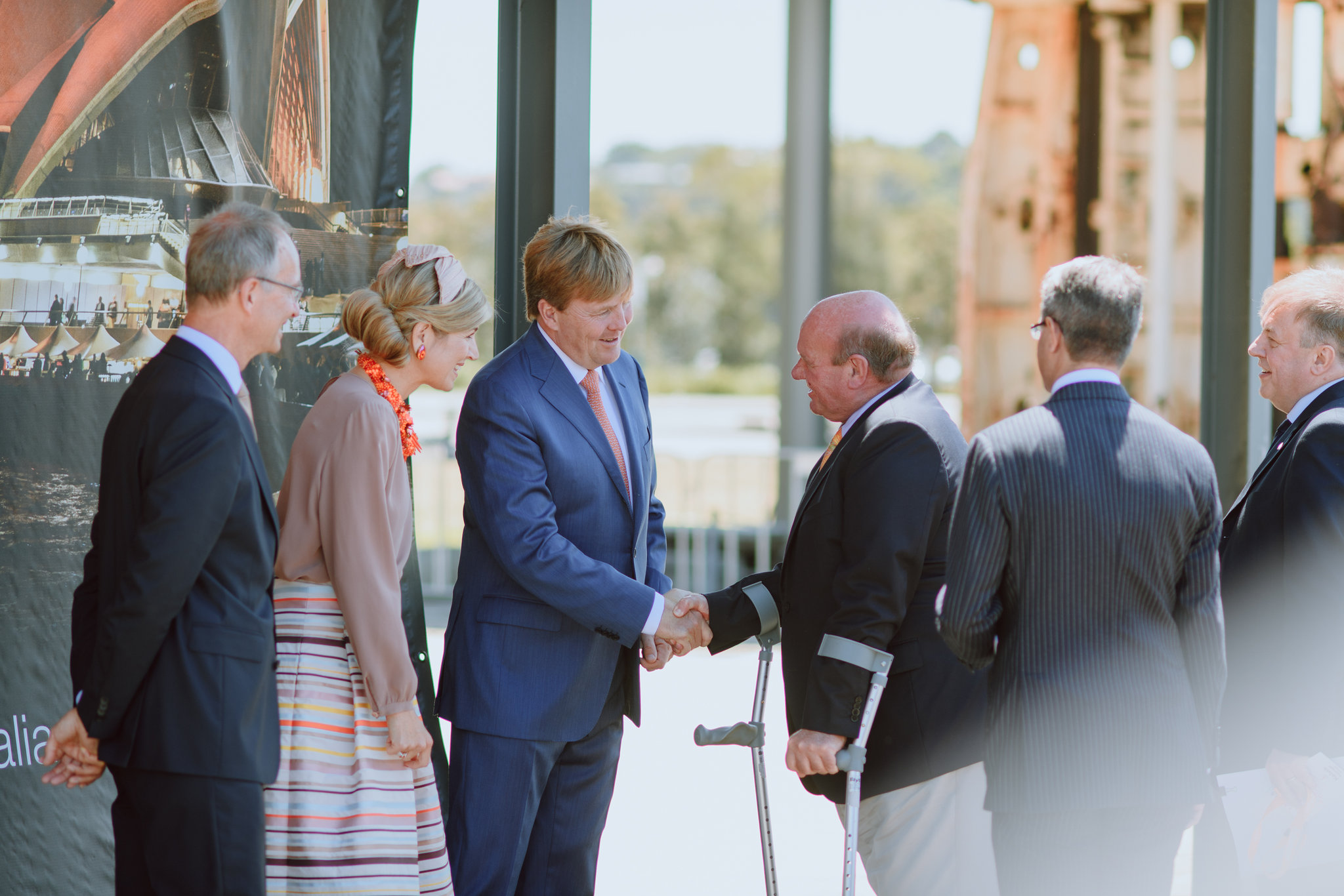 A PLAN to turn gas created from Latrobe Valley coal into fertiliser has taken a major step forward after the company responsible for the project reached agreement last week with Royal Dutch Shell for access to vital technology.

Latrobe Fertilisers signed an agreement with Shell in Sydney last Thursday for coal gasification technology, which will allow it to produce the agricultural fertiliser urea.

The ceremony was overseen by King Willem-Alexander and Queen M xima of the Netherlands, who were in Sydney at the time as part of a state visit to Australia.

“We’re making urea, which is a nitrogenous fertiliser and nitrogen is an essential element for plant and crop growth and Victoria is the largest consuming state in Australia,” Mr Blood said.

“The first point to make is that no one is proposing to burn coal a la the power stations – the coal is being turned into gas and the Latrobe Valley coals is technically perfect for such a purpose.”

He said the project would yield “zero net emissions”.

Mr Blood said the company was about to begin the works approval application for the project.

“The government by statute will turn around this application in up to four months,” he said.

“Next year we’d start the erection of the project, probably in the third to fourth quarter.

“The first stage will cost about $810 million and… it (the facility) looks like a small oil refinery.”

The project will come as a welcome prospect for people concerned about job losses brought on by the closure of Hazelwood.

“There’ll be several hundred people on site for the erection of the project and there will be about 180 permanent jobs inside the fence in terms of operators,” he said.

“We estimate three times that number created in other jobs in terms of service industries.”

The project was originally conceived about eight years ago but Mr Blood said the global financial crisis in 2008 forced it onto “the backburner”.

The company also hoped to become Australia’s largest producer of AdBlue, an environmental diesel exhaust additive made from urea.

“AdBlue is now required by Federal Government environmental legislation for all new diesel vehicles in Australia and it negates the nitrogen oxide emissions in diesel fuel which are carcinogenic,” Mr Blood said.

Committee for Gippsland chief executive Mary Aldred said the project would be “what the region needs at the moment” if it came to fruition.

Shell spokesperson Paul Zennaro said the company had partnered with many businesses in the agricultural sector and the deal to provide technology to Latrobe Fertilisers was “an extension of that proud history”.