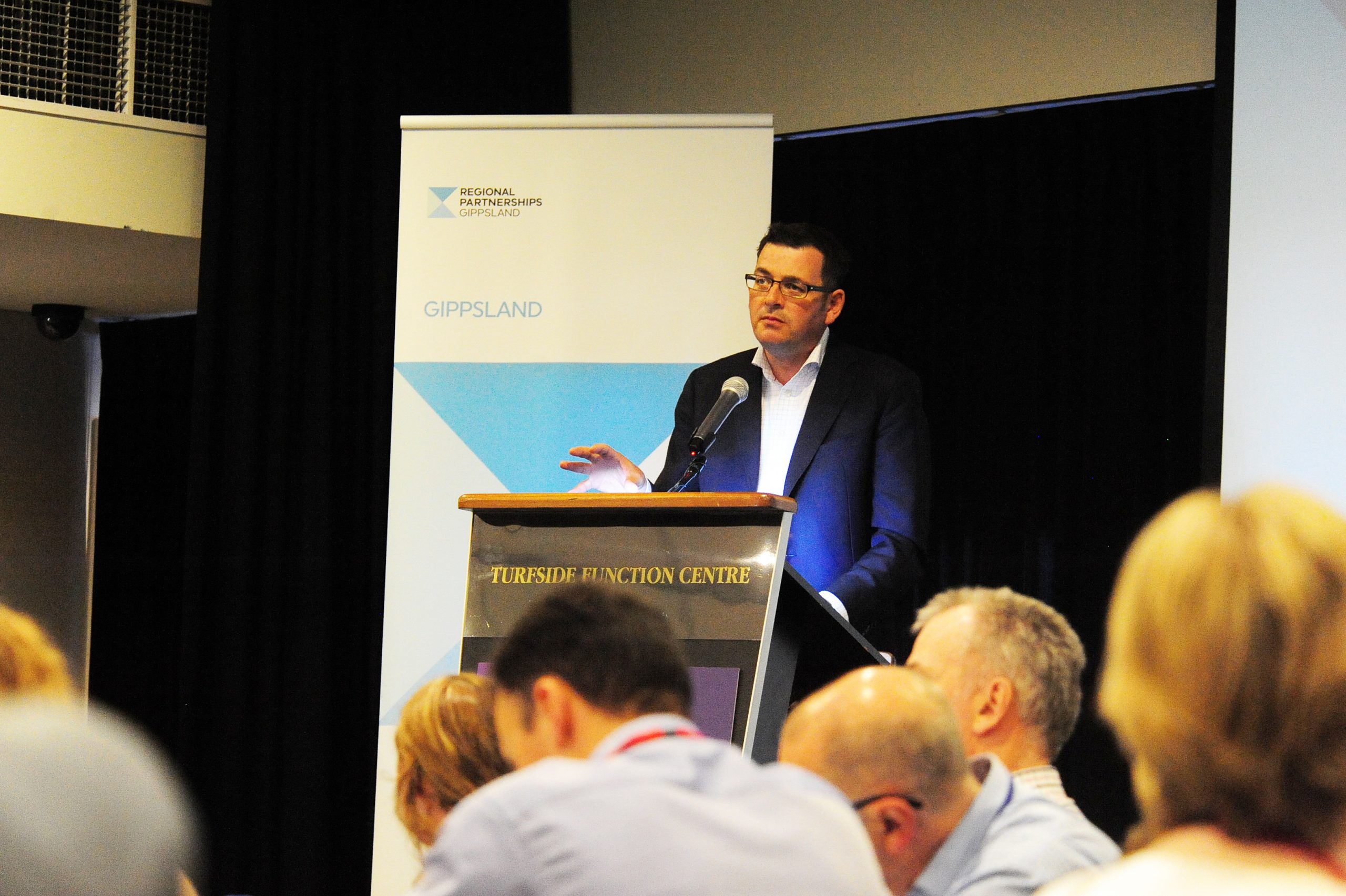 Put a group of about 200 people into one room and ask them to discuss the pressing challenges of the region and a creative way forward.

What will you get?

A positive vibe with energising ideas that will be prioritised and put to the State Government as it determines how to allocate funding and plans for future state budgets.

This all took place at the inaugural Gippsland Regional Assembly, held in Moe on Thursday night, to give Gippslanders the chance to flesh out what the region needs most.

“If there was one special thing that came out of the night, (it was that) people met people they might have otherwise never had contact with and everyone left the room knowing something about the region they hadn’t learnt before,” Gippsland Regional Partnership chair Maree McPherson said.

The partnership was formed earlier this year as a new regional governance model, which locals can tap into to inform the government of their priorities.

The assembly will be held each year as a chance for face-to-face consultation, after which outcomes, ideas and recommendations will be published online and handed directly to government.

From a high speed rail service to the transformation of the Hazelwood mine into an extreme sports zone, Ms McPherson said although some ideas weren’t surprising, others were quite unique.

“I expected it (the forum) to be positive, but I was absolutely stunned by how much energy was in the room and how many people had such fabulous ideas,” she said.

“It made me very proud of the region, I am quite proud anyway, but it made me exceptionally proud.”

Traralgon resident Tracie Lund, who manages the Morwell Neighbourhood House, said she came away from the night inspired by the diverse mix of people and their ideas.

“There were some incredibly valuable conversations,” Ms Lund said.

“Even on my table there was a range of people from a range of backgrounds, all with different perspectives, but all were heard and valued and nothing was off the table.

“Everyone could express what they thought – their ideas, their concerns – and it was all validated.”

She said it was known that communities which were unified and involved in their future had much better outcomes.

Of the ideas put forward, Ms Lund highlighted the extreme sporting zone concept for the Hazelwood mine as well as new technologies that involved the use of coal.

“I just hope we see more and more of it (the assembly) – it’s very valuable, especially in the Latrobe Valley and Gippsland,” she said.

“If we can come into forums where as a community we can discuss challenges, our future, where we see it heading, we can come out with a united mud map.

“It was a stellar night and the organisers should be proud of what they put together.”

Committee for Gippsland chief executive Mary Aldred, who is a member of the Gippsland Regional Partnership, said C4G was particularly keen to see a focus on infrastructure, higher education, skills and innovation.

She said it was important to keep in mind that businesses often created the capital for projects and jobs growth, an essential avenue to see some of the ideas come to fruition.

“It’s (the partnership and assembly has) certainly got the active ears of government,” Ms Aldred said.

“We all come to this with different perspectives and it’s important that there are a range of stakeholders and views that government listen to.”