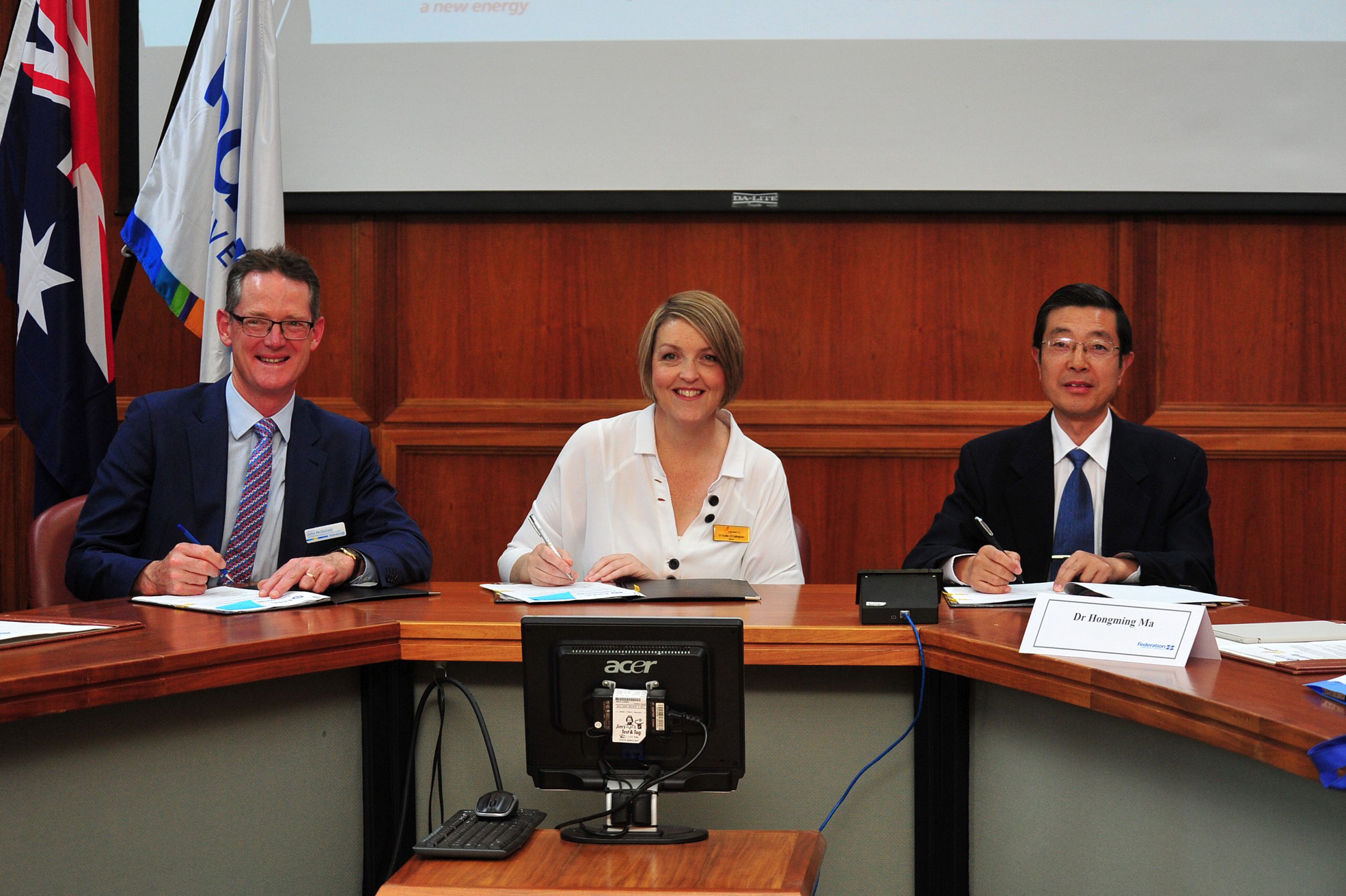 Latrobe City has further strengthened its sister city ties with Taizhou through a partnership set to benefit university students.

Federation and Taizhou universities signed a Memorandum of Understanding on Thursday, cementing an arrangement where university staff and students can move between the two campuses with government support.

FedUni Head of Campus Harry Ballis said the MoU arrangement, designed to attract more international students to the region, was a world-first.

“There’s lots of sister city relations, but this is the first where international university partnerships have been built explicitly out of the sister city arrangement. This is quite special actually,” Dr Ballis said.

Under the agreement, Taizhou University students have the opportunity to receive course credits at their Chinese school by completing Bachelor degrees in nursing, early childhood, information technology and commerce and marketing at FedUni Churchill.

Similarly, FedUni trainee teachers are able to undertake placements abroad at Taizhou University’s sister schools and its academic staff can take place in an exchange program.

“This (MoU) is two communities actually coming together, encouraging their kids to go into the other community,” Dr Ballis said.

She said the agreement had helped make Latrobe City more culturally aware over the years, and council was committed to supporting an ongoing collaborative partnership between the two towns and universities.