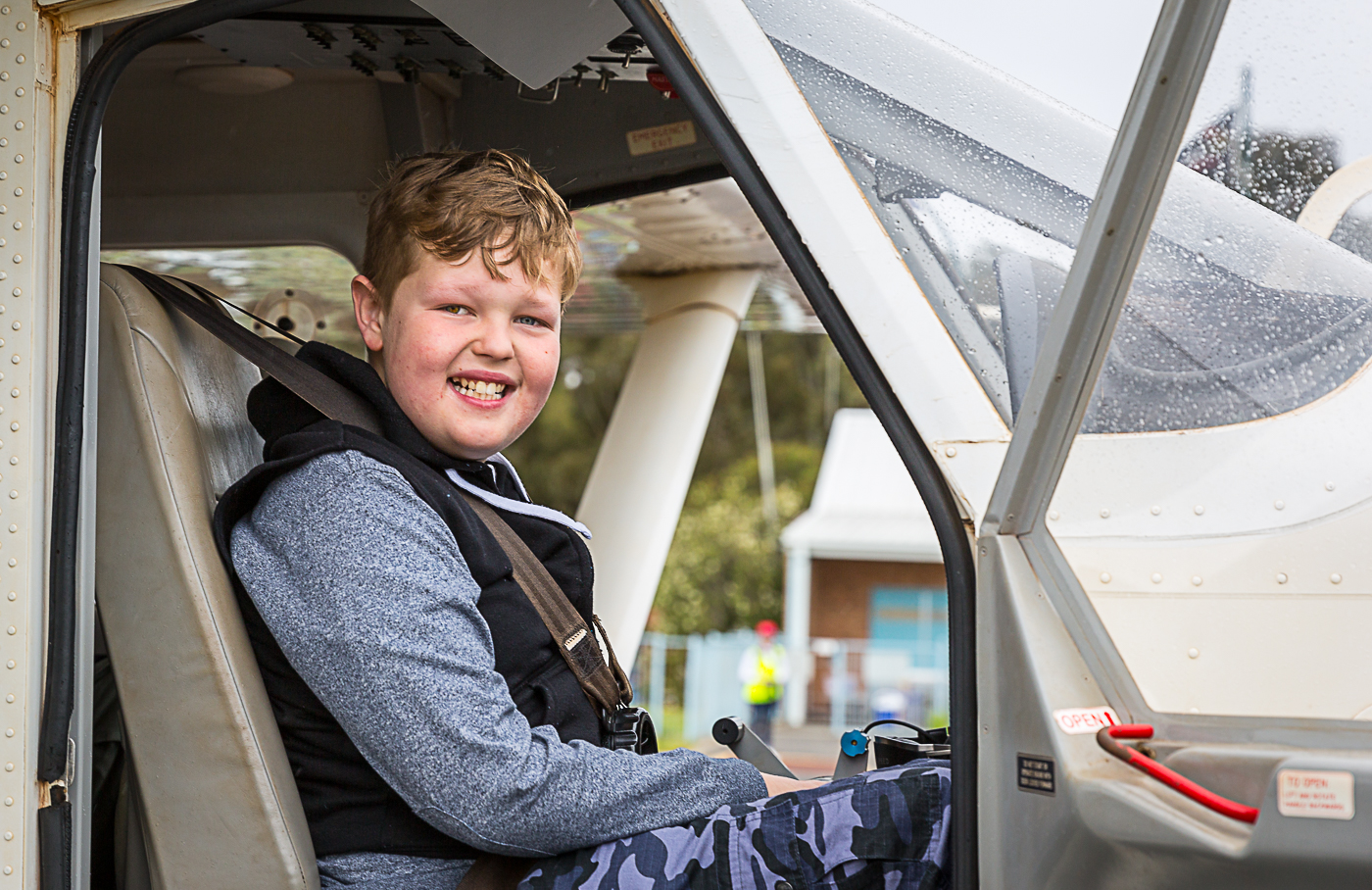 Bodies and spirits soared this month when children facing adversity took to the skies during National Fun Flight day at Latrobe Regional Airport.

About 180 people attended the Traralgon festivities, of which 144 participated in flying aboard seven aircraft operating courtesy of nine pilots with more than 40 volunteers on hand.

Mr Knowles said the day hit a high point for the children, literally and figuratively.

“The kids were rapt; there were kids who’d never flown before,” he said.

“There was one mother who had an autistic child who hadn’t spoken for a very long period (and they) started to speak, so it sort of uplifted emotions.”

Mr Knowles said the children in attendance came from a range of backgrounds.

“That can be kids with physical or mental disabilities or if they come from a home where they’re struggling,” he said.

“One example was a kid who came with their grandparents because their parents are drug affected and can’t look after their kids; it’s a range of adversity.”

Mr Knowles said his company was attached to various aviation businesses in the region, such as Latrobe Valley Aero Club and Bairnsdale Air Charter, who volunteered pilots and aircraft for the day.

The 15-minute flights were supplemented by on-the-ground entertainment from Koko the Clown and charity organisation Interchange Gippsland.

The 13 November event was supported by Latrobe City Council, who allowed use of the regional terminal, with catering from Traralgon Lions Club.