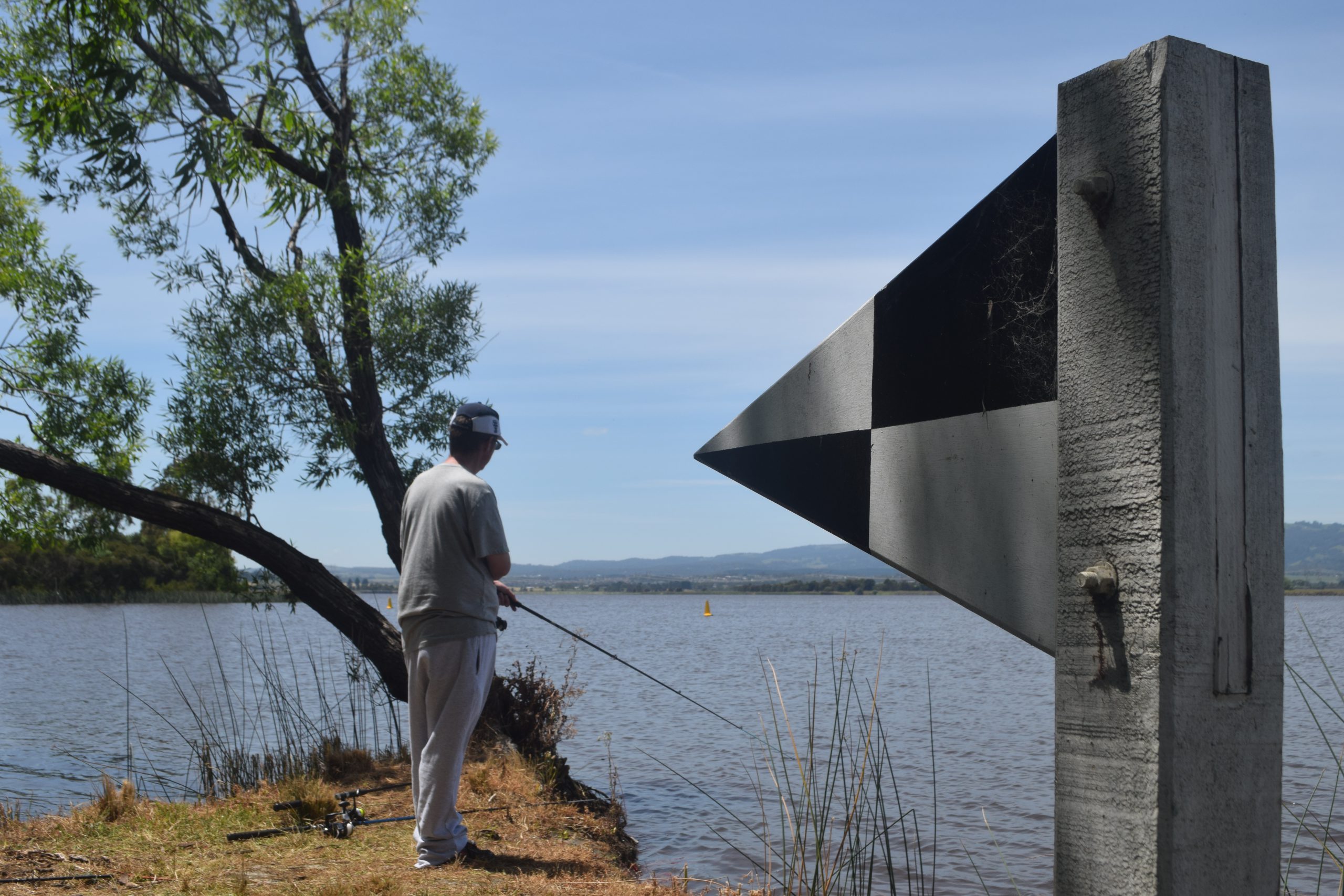 Anglers can already be seen on the banks of the Hazelwood Pondage in anticipation of a catch before the State Government announces ‘open season’ on barramundi.

On Friday keen fishers will be able to sink a line into the pondage adjacent to the Hazelwood Power Station that last month announced it would close on 31 March.

A spokesperson for Agriculture Minister Jaala Pulford said 740 registrations were filed in the first 45 minutes of the ‘Barra Ballot’ which opened on Thursday and had received 3500 registrations by the end of the day.

The daily bag limit for Hazelwood ‘Barra’ has been set at one per person, per day.

The waterway is the first ever in Victoria to host barramundi, with about 7000 of the iconic hard-fighting fish stocked in the pondage since April.

It’s the warm temperatures of the pondage – used as a cooling system for the Hazelwood power station – that makes it an ideal habitat for the most prized recreational sport fish.

“Our most sought after fishery is officially open for business. Fishing for barramundi at Hazelwood really is a once in a lifetime opportunity for many Victorian anglers,” Ms Pulford said.

However, it remains unclear if fish will survive once the brown coal generator winds down eight of its units and the heated water inflow is reduced.

The pondage has been closed to fishing to allow the stocked barramundi to grow and be monitored by Fisheries Victoria staff, who tested the barra’s diet composition, flesh quality and aggregation patterns

A Morwell fisher, who wished to remain anonymous, raised concerns the prime fishing spots in the south-east corner of the pondage would remain closed to recreational fishers.

On its website the State Government says the eastern shoreline is out of bounds to the general public.

Boats are also unable to go to the northern and southern end and waters immediately adjacent to the caravan park.

A channel that runs along the eastern shore has high flows of hot water and unstable ground deemed a “major hazard to recreational fishers”.

The avid angler said the shoreline at the caravan park up to the boat ramp was not ideal for fishing with loud aquatic sports sure to scare away the barramundi and other fish.

“There’s going to be boats in and out of there all of the time,” he said.

“Land-based anglers are severely restricted in the areas they can now fish and those are usually unproductive. This will cause land-based fishers to fish in close proximity to launching ramps for boats,” he said.

Member for Eastern Victoria Harriet Shing said it was an opportunity for Latrobe Valley locals to try their luck at catching a ‘barra’ and at the same time give the local economy a boost.

“Anglers from all over Victoria and Australia are heading our way for what promises to be some spectacular fishing over the next six months,” Ms Shing said.

The Barra Ballot will be open until 14 December and successful applicants will be randomly selected.

Latrobe Valley locals will be invited to their own “open weekend” from 4 February.