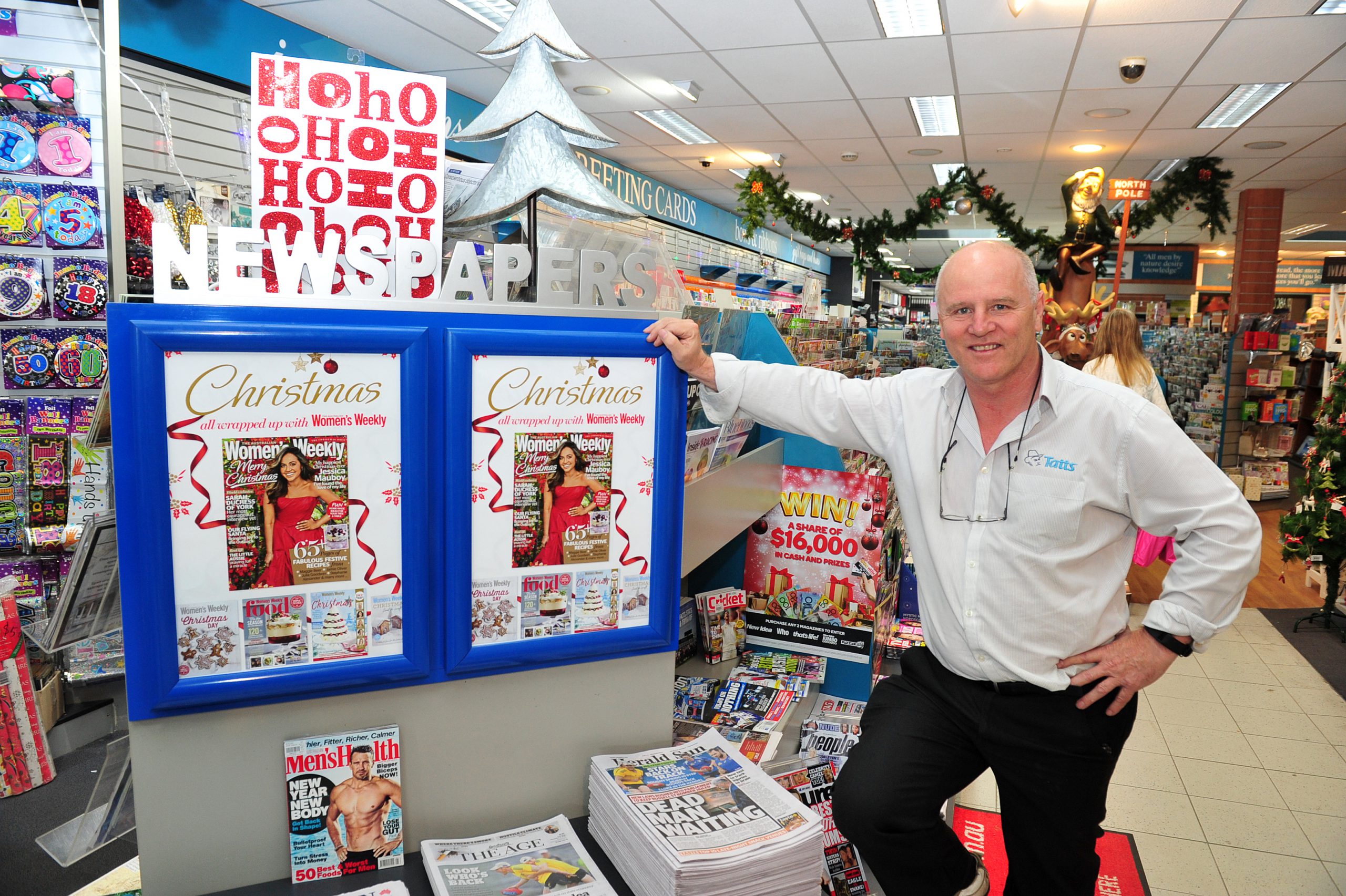 MANY of Morwell newsagent Ray Burgess’ customers are Hazelwood workers.

He hears their fears and doubts ahead of the power station’s impending closure and can relate with empathy.

Ray was at the height of a rewarding career as a State Electricity Commission scientist before privatisation pulled the rug out from under the workforce.

He was 37, working a job he loved with kids in school, a mortgage and a big problem – “all of sudden I wasn’t going to have a job”.

Many at Hazelwood face the same scenario today.

“Some of them are pretty disappointed.

“It’s a bit like what we were too, the same sort of feelings. I have a lot of empathy for these guys because I know what I was feeling back then.

“There’s a lot of parallels in what’s transpired.”

Ray took a redundancy package from the SEC and came to a crossroads.

He had a good skillset, he was employable elsewhere but he had a settled family and wanted to prevent upheaval.

Ultimately he decided on a change of direction and bought the newsagency on Commercial Road, now Newspower, using his payout to leverage into the business and make the most of a bad situation.

He had some business experience as the owner of a milk bar in Trafalgar at the time, but in many respects it was a big leap.

There have been tough times along the way, an arson attack which burned the business to the ground and a recession in the late ’90s among them, but he has persevered and prospered.

“I’m an optimistic sort of guy, I always look to what we can achieve rather than what we can’t achieve,” Ray said.

“We went into the business, it was a little bit difficult because we had the pointy end of privatisation coming in, but we managed to get through all of that.

“We doubled the size of our shop and bought our premises and made our way to where we are now.”

Today the newsagency is a thriving hub in the heart of Morwell.

It has provided jobs for Ray’s family and community members, and stands as an example of the power of possibility.

“It was a new world that opened up and I took a path at a fork in the road of life,” Ray said.

“I loved science and engineering, but I’ve loved being a newsagent.

“There can be options and good things can happen. It might be an opportunity for some personal growth, for me it was.”

Ray’s advice for displaced workers is to keep an open mind to opportunity, try to be flexible and be proactive.

Even for established businesses evolution must occur; already his newsagency has diversified to include a gift shop and he hasn’t ruled out more drastic transformations. Thinking ahead will be key in the years to come.

“I felt empowered (back) then because I was in charge of making the change,” Ray said.

“I think we need to, where we can, influence the change as best we can and accommodate it in the way we go forward in the way we structure our business and personal lives.”

For those now considering business ventures, he suggested research and asking plenty of questions.

“These are things these boys will all be thinking of, what skills have I got that I can take over?” he said.

“You need to have a good look at the business and see if you’re a good fit for that business, that’s important.”

He’s realistic; it won’t be easy to forge ahead after Hazelwood, but it is possible.

After all he’s living proof.