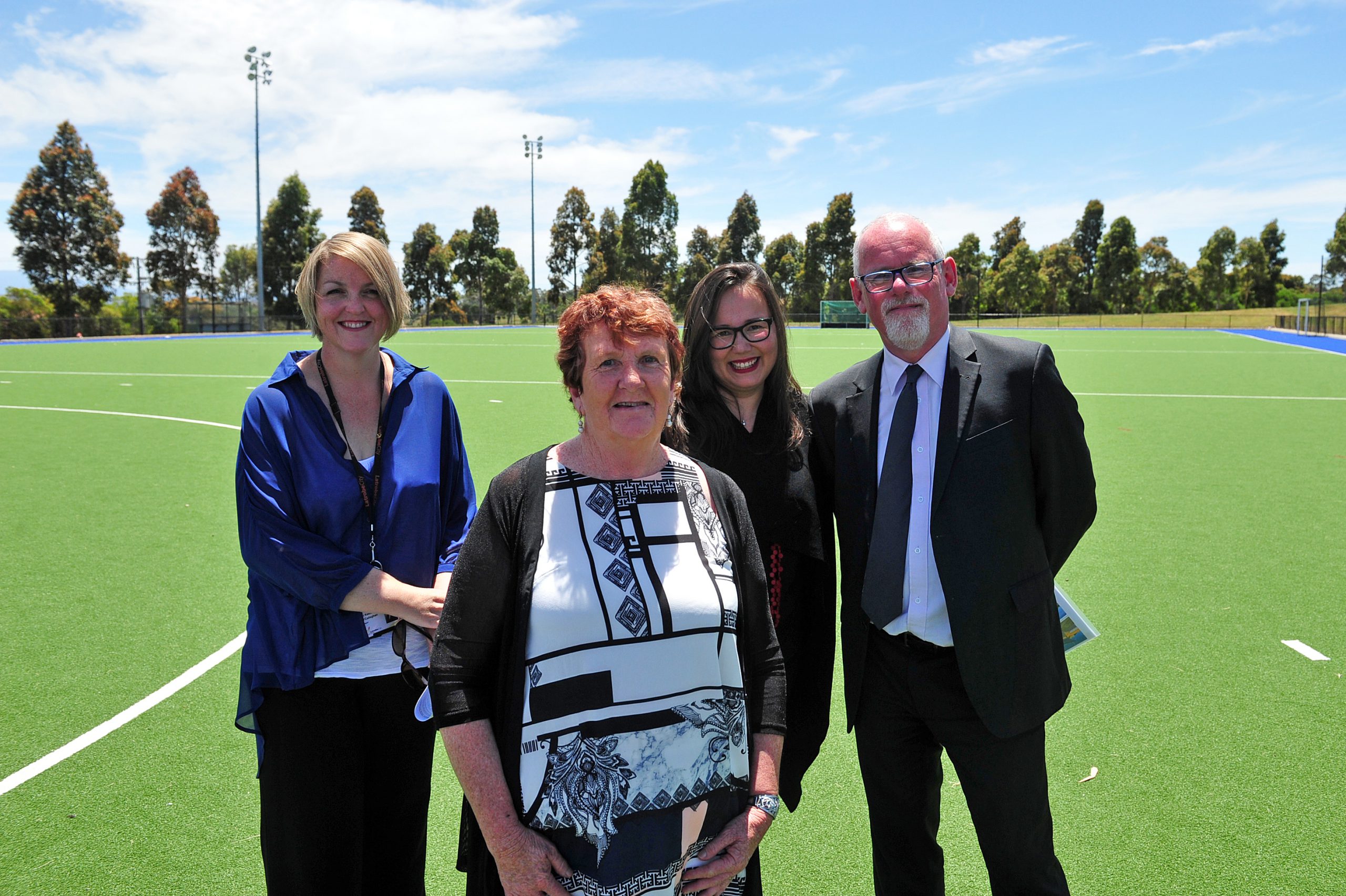 As politicians, council representatives and community members huddled in the shade of a lone tree on a hot summer’s day at the Churchill synthetic hockey pitch, the lack of shelter was acutely apparent.

It’s something the Latrobe Valley Hockey Association has become accustomed to, along with changing in cars, trekking to the Federation University for bathroom breaks and huddling beneath a bus shelter to escape the rain.

But its members won’t have to grin and bear it for much longer.

A long fight for facilities at the ground has come to an end after the State Government committed $650,000 from the Community Sports Infrastructure Fund toward a $1.3 million multipurpose pavilion at the Churchill complex on Monday.

LVHA life member and lead advocate for the pavilion, Linda Reid, has crusaded over the past decade for the establishment of the synthetic pitch and a facility to complement it.

Monday’s announcement was nothing short of music to her ears.

“Absolute joy and relief that we’re going to have a home,” Reid said.

“Only one more winter of the rain and the cold.”

Reid said the new structure would help the association attract more high-profile events and cater for the needs of its players and spectators.

“We do a lot of junior development here this ground because we’re in the middle of Gippsland, we’ve hosted the Gippsland Championships, we do training sessions, we’ve had a Hockeyroo run goalie clinics here; it will just make it so much easier,” she said.

Council adopted a Gippsland Hockey Strategy supporting the provision of , toilets and change rooms in 2008, followed by the completion of a $50,000 consulting plan for the site.

A detailed design was collaboratively produced between , and LVHA, but until now had failed to attract significant external funding.

Latrobe City mayor Kellie O’Callaghan said the pavilion would be a huge boon for the site.

“This project is , long-awaited and now, with funding secured, a certainty for a prosperous future for hockey in Latrobe City,” Councillor O’Callaghan said.

“Along with increased opportunities to host more regional, state, national and even international hockey matches or training camps, there is the potential for other sporting and leisure clubs, and the wider community, to use the facility.”

Among the primary user groups will be FedUni, which contributed more than a third of the funding for the facility.

FedUni Acting Vice Chancellor, Professor Andy Smith, said the pavilion was the latest in a series of major projects in which the university had partnered with Latrobe City to improve facilities and services for the community and students.

“For FedUni, the pavilion will be significant in the teaching of Health and Physical Education and our newest courses, Exercise and Sports Science,” Professor Smith said.

“To have quality change rooms and a function room, doubling as a classroom, next to a synthetic field provides students and their lecturers with fantastic options in how they can combine the practical and theoretical aspects of their courses.”

Member for Eastern Victoria Harriet Shing made the announcement at the ground on Monday.