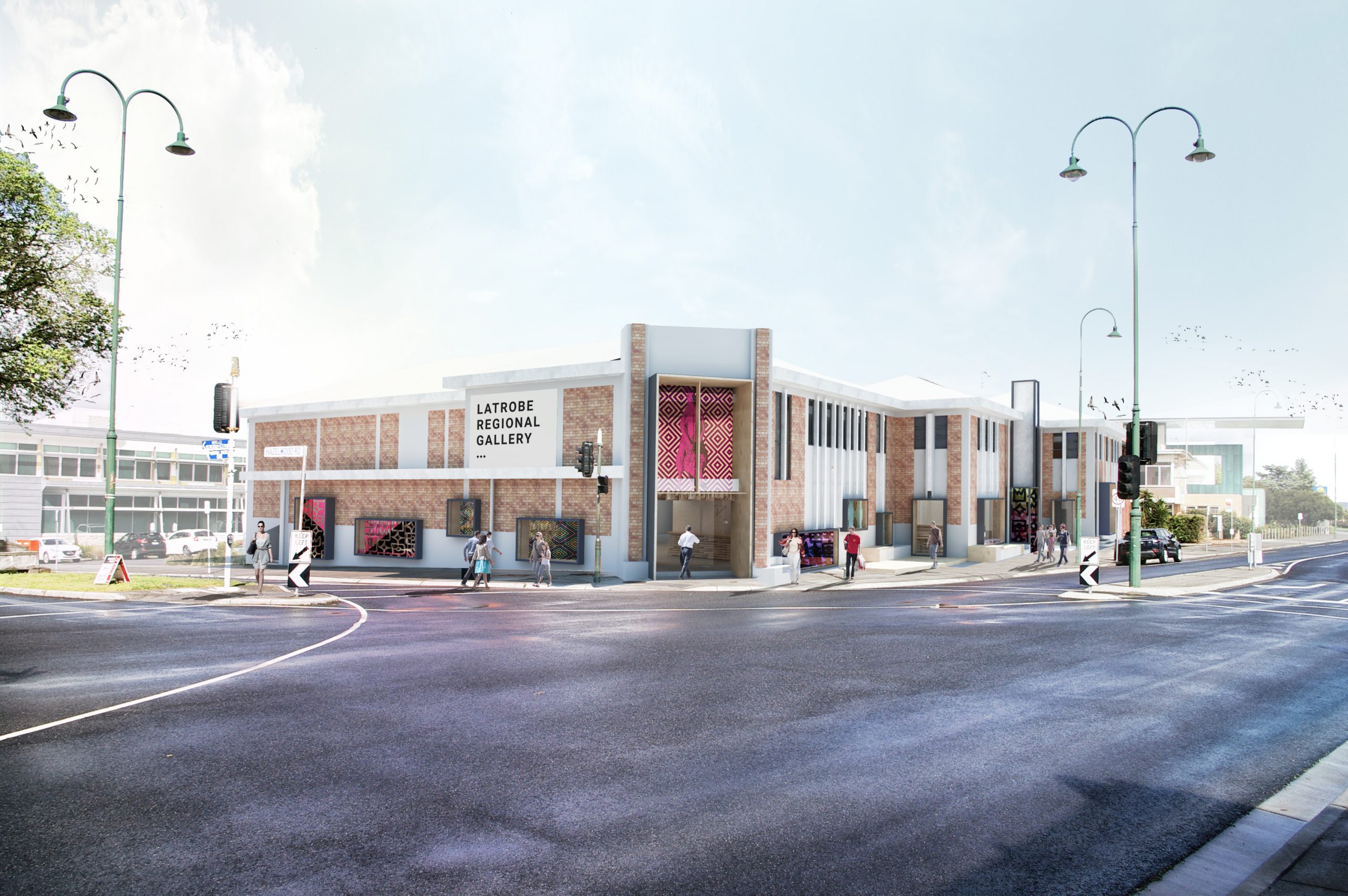 Morwell is set to host international art exhibitions next year with the State Government and Latrobe City Council announcing a million dollar refurbishment of the town’s gallery.

Aesthetic changes to Latrobe Regional Gallery are not anticipated to be drastic – a new facade, open foyer and new lighting – with the critical work happening behind the scenes to enable the special handling of valuable art work.

Storage, shelving and climate control systems at the gallery will improve in anticipation of pieces expected to attract tens of thousands of visitors from around the nation.

Gippsland School of Art and Design coordinator Tony Hanning explained increasing security, attending to humidity, dust prevention and the handling of work would allow the gallery to achieve the standard needed to host major exhibitions.

“Once the gallery achieves that standard, it can get exhibitions of international standard that meet conservation and environmental conditions for handling those works of art,” Dr Hanning said.

“It’s great that the work is going to enhance the appearance of the building, but the majority of the money will be spent on ensuring the gallery meets exhibition standards equivalent to international museums.”

The former Latrobe City mayor pointed to the Bendigo Art Gallery and its Grace Kelly exhibition smashing economic expectations, attracting more than 100,000 people and injecting tens of millions of dollars into the regional city’s economy.

“It’s an exciting move and a sound investment and I would say that we can expect within months without any such reservation, to expect a considerable change in the programming at LRG,” Dr Hanning said.

The Latrobe Valley Authority will facilitate the $770,000 allocated to the project as part of the State Government’s $266 million transition funding. Latrobe City Council has contributed $310,000 to complete the gallery transformation.

LRG director Mark Themann said the next 12 months would be an exciting time for the gallery and hinted at two major international exhibitions after the gallery’s reopening in the middle of next year.

“The new design will preserve and enhance the integrity of the building, while stripping off the unnecessary additions,” Dr Themann said.

“The two exhibitions in the pipeline are both major international shows and will be a huge attraction for the region.”

Mayor Kellie O’Callaghan said the project would be a positive shift in perception of the Latrobe Valley’s image and have an economic flow-on for the region.

“Latrobe Regional Gallery would be positioned as a major cultural centre for the east of the state. Latrobe City will be seen as the progressive, cultural leader for Gippsland and beyond,” Cr O’Callaghan said.

Renovations will begin next month with the gallery closing the top floor from 23 January and the ground floor from 6 February.

The gallery will remain closed until mid-July with staff relocating and archiving collections to safeguard against the renovations.

Concept designs for the gallery will be on display until 8 January.