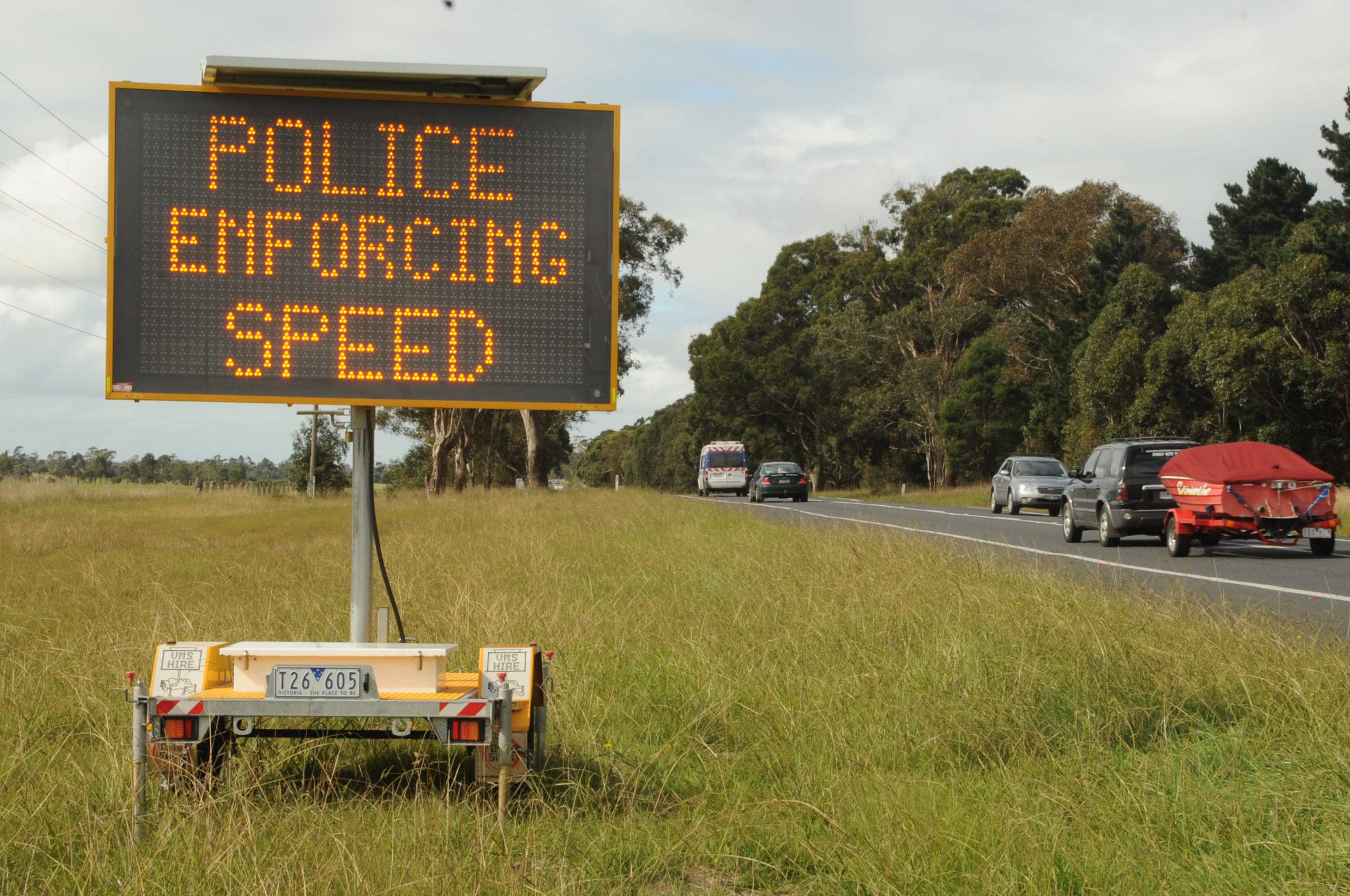 More than 18,000 drivers were drug or alcohol tested across four municipalities in Gippsland during December as part of Operation Roadside.

It comes as the road toll for the Latrobe Valley increased by 150 per cent last year to five deaths in total.

“We’re heading in the right direction but a lot of work needs to be done to address the rise last year,” Senior Sergeant Watson said.

“Drivers must drive within the road rules and not drink drive, speed or use mobile phones and of course – be attentive.

“If drivers make a stupid split-second decision – it might cost you your life or leave you seriously injured.”

One motorcyclist died in the Latrobe Valley and another two across Gippsland were killed last year.

Snr Sgt Watson said motorcyclists and road users were respectful and tolerant of each other.

“We’ve done a lot of advertising to highlight and encourage motorcycle safety across Gippsland… it’s paid off,” he said.

“Motorcyclists have and always will be a vulnerable group of road users and that’s why motorcyclists must ride to the conditions and their ability.”

Snr Sgt Watson believed an increase in motorcycle road safety was due to the Eastern Region Motorcycle Working Party, a group aimed at promoting road safety which covers the six municipalities of Gippsland.

The party consists of members from Victoria Police, VicRoads and representatives from Road Safe and local councils plus individuals throughout the community who have an interest in motorcycle safety.

“We formed the group some time ago after it was identified that motorcycles were well and truly over represented in our annual road toll,” Snr Sgt Watson said.

“We’ve used some pretty simple tactics to convey the message of road safety, such as handing out brochures on road safety and in particular common (dangerous) roads and areas.”

Operation Amity will be the next Victoria Police operation and will run over the Australia Day week from 25-29 January.

The operation will target the main causes of road accidents such as speed and fatigue, with a heavy police presence and an increase in drug and alcohol testing.