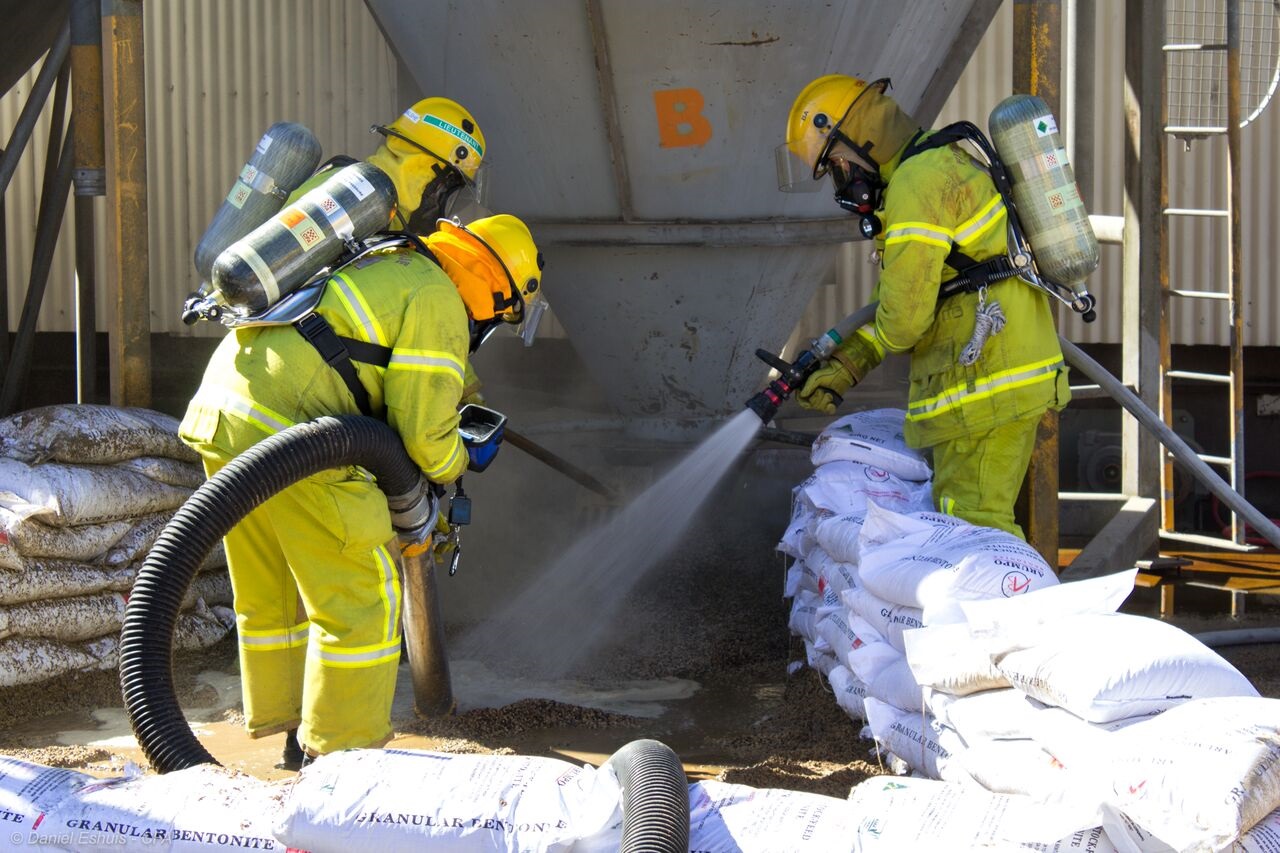 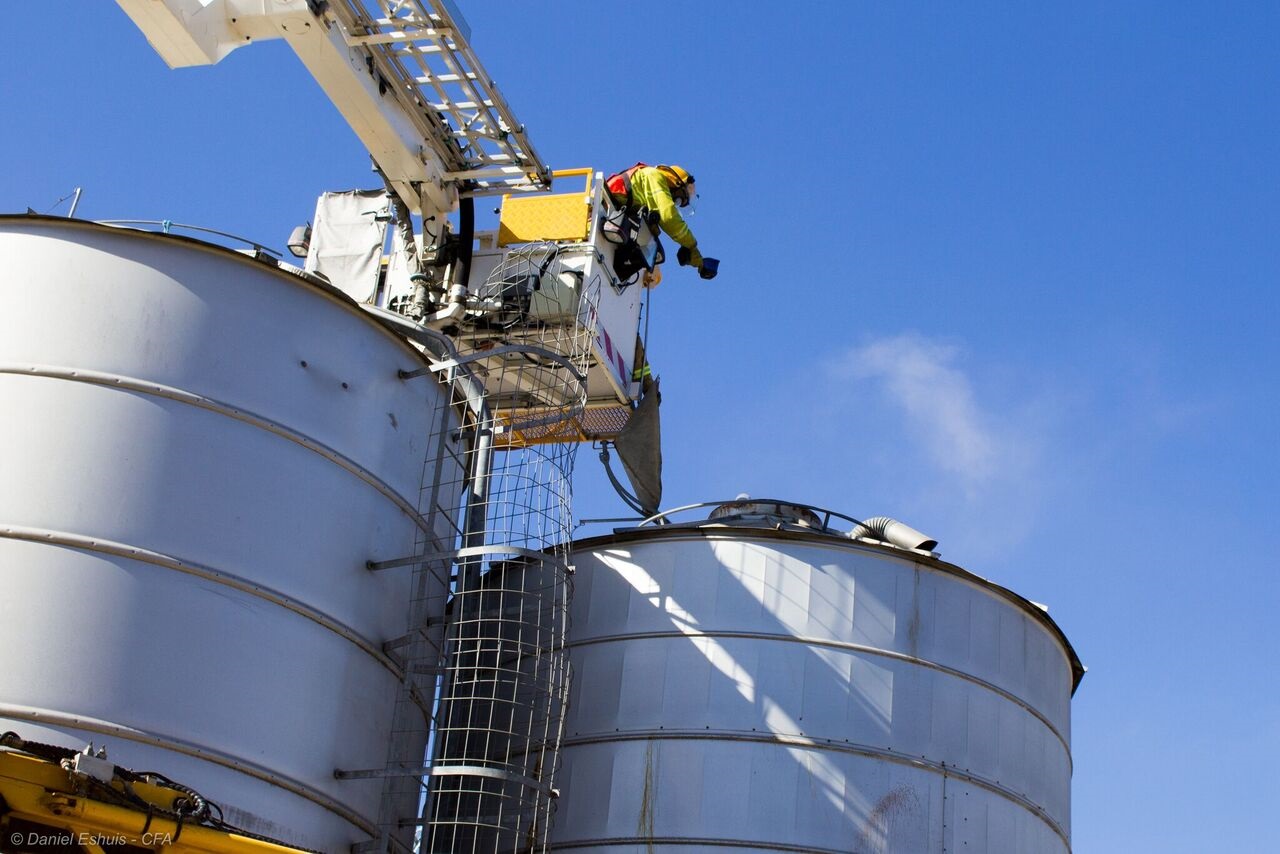 There was a seedy scent in the Trafalgar air on Tuesday when a 40-tonne silo filled with mineral pellets for dairy cattle feed heated up and let off a vile vapour.

Country Fire Authority officers were called to Reid Stockfeeds on Waterloo Road in Trafalgar about 8am for smoke issuing from a silo and discovered hotspots in the container.

District nine operations officer Michael Cherry said no flame was detected on arrival, but thermal imaging identified some heat within the hopper with smoke wisping from it.

He said CFA officers suspected the product within the silo may have had a chemical reaction with storms over the weekend which led to combustion.

“We believe it could be water that’s entered the silo from the storm on the weekend which has set off a chemical chain reaction, self-generated some heat and taken off, a bit like hay bales – if they’re stacked too tight and too green they’ll self-combust,” Mr Cherry said.

CFA, with the assistance of other agencies and emergency services, ultimately emptied the silo gradually from the base, wetting the product before using industrial vacuums to move it to a specialised truck.

Mr Cherry said CFA took a cautious approach, given about 14 chemicals were at play, and there was no danger to the community.

“If we had have opened it up straight away we had the risk of a dust explosion, which we have to be very careful about because they can be very violent,” he said.

“On their own (the chemicals) are probably quite inert but as you mix certain chemicals together you really don’t know what you’re coming up with.

He said while he was aware of other incidents of heating through the production process in the past, it was the first time the company had endured a problem with the combination in 10 years of use.

“Investigations are still going on as to what created the heat in this one. It’ll either be from processing or from moisture, but we’re just not sure,” Mr Reid said.

“The important thing for us is the safety of our team and the community at large; our team at Trafalgar reacted very quickly which is very pleasing for us and the emergency services were fantastic.”

The Trafalgar mill services the Gippsland dairy industry and has been operated by Reid Stockfeed since 1994.

Mr Reid said it was business as usual from this morning, with feed transferred from its Goulburn Valley mill to avoid interruptions to supply for Gippsland customers.

The company said EPA had given “formal approval the correct procedures were followed, while the cause of heating is under investigation and all precautions will be taken to ensure this type of event does not occur again”.

A watch and act order was issued during the day for Trafalgar residents to stay indoors, close windows and doors and turn off air-conditioning and heating systems, while people travelling through the town by car advised to switch off their air-conditioning.

EPA, Hallam HAZMAT, local CFA brigades and Traralgon aerial appliance and breathing apparatus operators were all involved in the operation, which had about 60 people on scene.

Fire fighters from Frankston, Hallam, Moe, Morwell and Trafalgar attended from about 10.10am, with the site declared under control about 4pm.