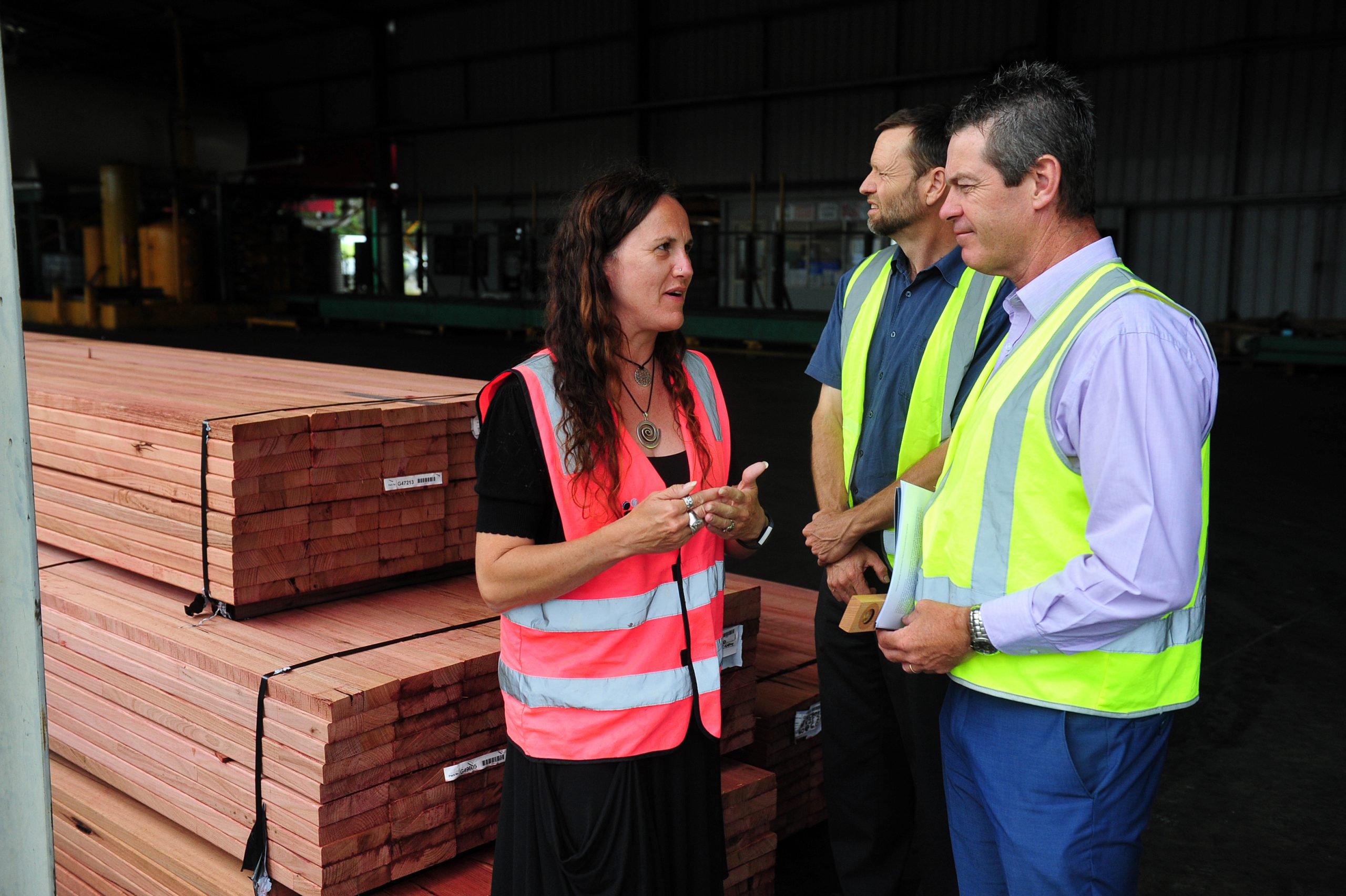 Australian Sustainable Hardwoods is not the only local business sweating on a new long-term supply deal for the Heyfield sawmill.

Morwell-based operation Fisher’s Timber Preservation receives 40 per cent of its business treating ASH product and is at risk of closure without its custom.

Owner Lewis Fisher said 40 years of operation could end should ASH fail to secure a lifeline agreement with VicForests and the State Government.

“The issues ASH have got with the government and material supply concerns us greatly because of the volume of timber we have been treating for them,” Mr Fisher said.

“It would be very damaging to us if that mill closes down.

“I’d say that’d probably be the finish of us.”

Fisher’s employs about 17 local workers at its base on Swan Street, Morwell and has been a contractor for the Heyfield mill for more than a decade.

In 2015 Fisher’s was forced to retrench workers after Australian Paper walked away from a two-and-a-half decade contractor relationship in favour of a non-local arrangement.

It was the first time in 45 years Mr Fisher had to let staff go and he hopes it was also the last.

With the Hazelwood power station closure fast approaching, Mr Fisher said it was more important than ever to protect local jobs.

“We don’t want to be partner to that, we would like to think that our volume of wood is going to grow which means more employment in the Valley,” he said.

“We don’t want to see only imported hardwood in Australia. ASH are the only major mill supplying hardwood to the whole country.

“We want to keep jobs in the Valley.”

In the past two years they’ve refined their processes, perfecting a method of treating ASH timber to protect it without altering its natural appearance.

While Fisher’s does business with a range of Melbourne-based wholesalers and other local companies, including Dahlsens in Traralgon for more than 20 years, it is reliant on ASH for survival.

Mr Fisher said he hoped negotiations between ASH and the State Government – who met on Monday along with the Construction, Forestry, Mining and Energy Union – yielded a favourable outcome.

“All they want is to be assured of supply in a scenario that could work for all parties,” he said.

“I think they’ve already dreamt up the solution, people on the ground in forestry agree it’s a great idea.”

Fisher’s management met with Member for Morwell Russell Northe this week to discuss the company’s plight.

Mr Northe said it was “critically important” ASH survived for the sake of many downstream local businesses.

“Lew and his staff here have really been innovative over the years, they’ve made some substantial environmental upgrades to the work they do with timber treatments, world class in what they do.

“The fact of the matter is if we don’t have ASH, staff will lose their employment here, that’s how critical it is.”

ASH laid out a proposal to the State Government on Monday which involved moving to a different type of timber long-term.

Hermal Group chief executive Clinton Tilley said there may be changes to the way ASH operates if it survives but hoped to continue to work with its existing contractors.

“There’ll be some changes required all round, but our contractors I have no doubt will move with us,” Mr Tilley said.

“They’ll then be able to hang their hat on there being a long supply chain and the industry has a future outside of the native forests for generations to come.”