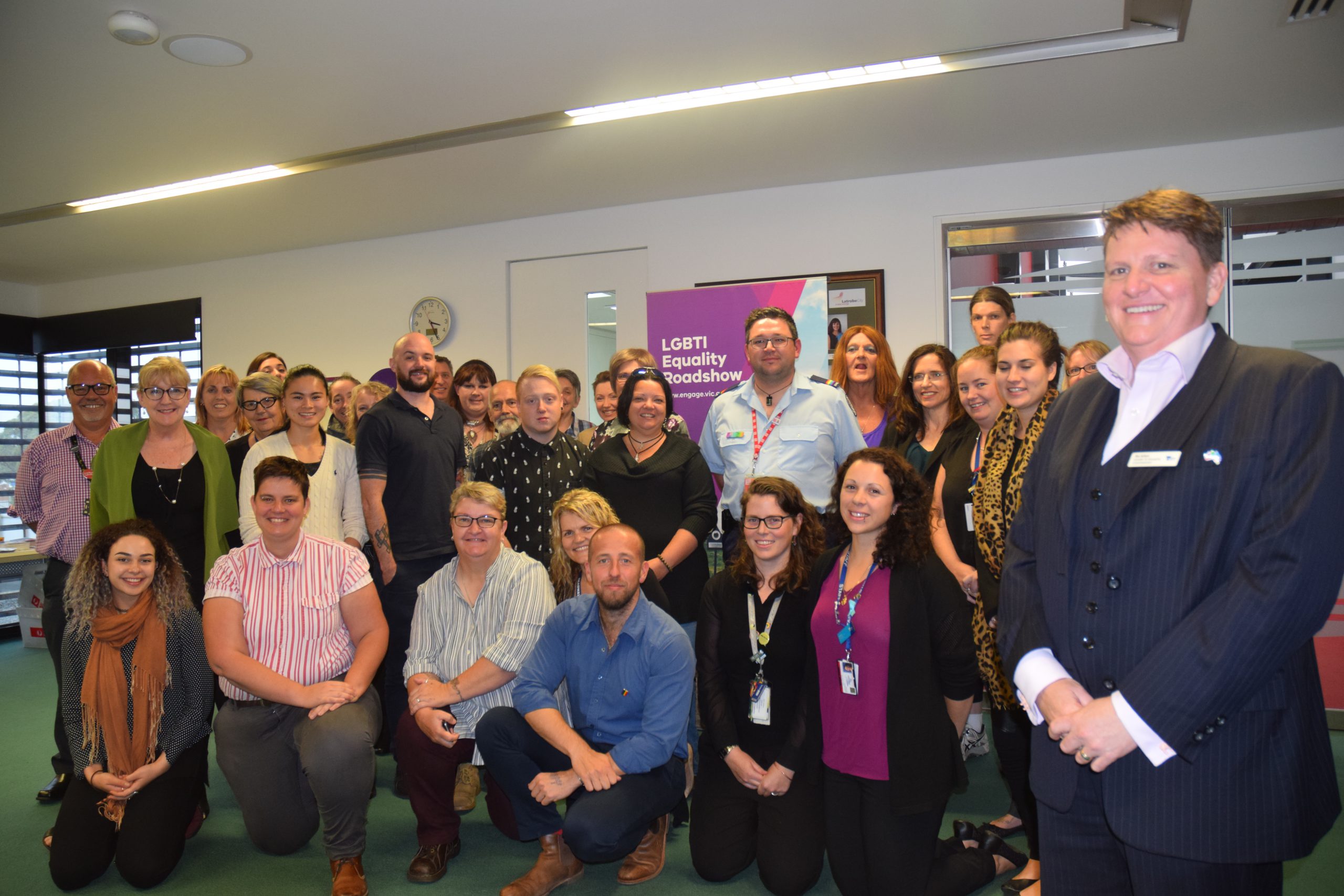 That was the take-away theme for Gender and Sexuality Commissioner Ro Allen during a visit to the Latrobe Valley last week as part of the LGBTI Equality Roadshow.

“LGBTI young people as they’re thinking about coming out or not, look to the adults in their life and significant adults in leadership positions to see what they think,” Ro said.

Mr Rieniets last year won regional inclusion champion of the year at the Australian Workplace Equality Index Awards for his work in building a safe and supportive workplace for the LGBTI community.

In her speech welcoming the roadshow, Cr O’Callaghan said it was “the start of a conversation”.

“A conversation where every community member is valued, validated and accepted for the generous contribution that they make to life here in Latrobe City.”

Ro said while many good things were happening, there were still pockets of disadvantage.

“We heard some tragic stories of a mother today whose son’s moved to Melbourne because he’s been physically bashed up for being homosexual,” Ro said on Wednesday.

Ro said the feedback from Gippslanders was they did not want young people to feel like they had to move to the city.

Ro did not believe rural Victorians were more homophobic, trans-phobic or bi-phobic than their city counterparts, they just had an added distance to services.

“And I think we don’t have the conversations,” Ro said.

“The roadshow is about providing a safe space to have the conversations, to get the pronoun wrong, to get the LGBTI alphabet wrong and move on and learn some things.

“I think good people exist everywhere in this space and sometimes they’re frozen.

“They don’t want to offend, because we’re a highly offendable community.

“My message to everybody is ‘have a crack’.”

It was the roadshow’s first visit to the Latrobe Valley, following a pilot in other areas last year.

The roadshow included a business breakfast with community leaders, training session with members of the LGBTI community and service providers, along with a dinner.

On Friday, the roadshow returned for a ‘where to from here’ session to set out a three-month plan for what needs to be done in the local community.