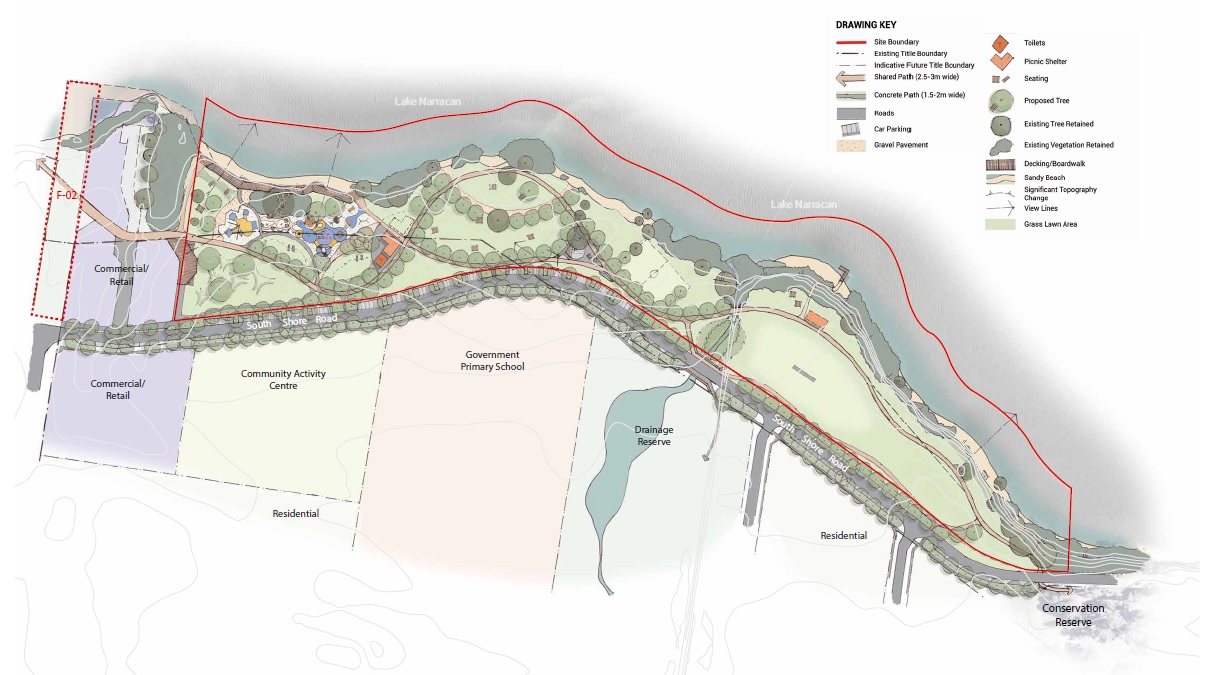 New boardwalks, a water playground, sports facilities, a mountain bike circuit and a new civic space named Monash Square are all part of the landscape drafts, which are on public display until Thursday, 13 April.

Latrobe City Council is encouraging members of the Moe and Newborough community to submit feedback on the proposed foreshore revamp.

Mayor Kellie O’Callaghan said the recreation facilities would put Lake Narracan on the map as a quality destination for the broader community and offer a lifestyle like never before.

“Waterfront living is an attractive proposition and with a variety of lot sizes available, the development is within the reach of a diverse range of individuals, families or investors,” Cr O’Callaghan said.

The plans build on the Lake Narracan Precinct Structure Plan approved by Latrobe City in 2014, which gained state planning approval in 2015.

Developers will have to provide a contribution, which will go towards the construction of the public waterfront parks.

Moe Trader’s Association secretary Susan Broadbent praised the foreshore development as a “win-win for everyone” for its potential to create jobs.

She would also like the development to attract more residents to Moe.

“A lot of times we looked into getting bigger shops like Country Target, however we never met the criteria because of the population,” Ms Broadbent said.

The Lake Narracan foreshore plans can be viewed at www.latrobe.vic.gov.au and feedback uploaded online.