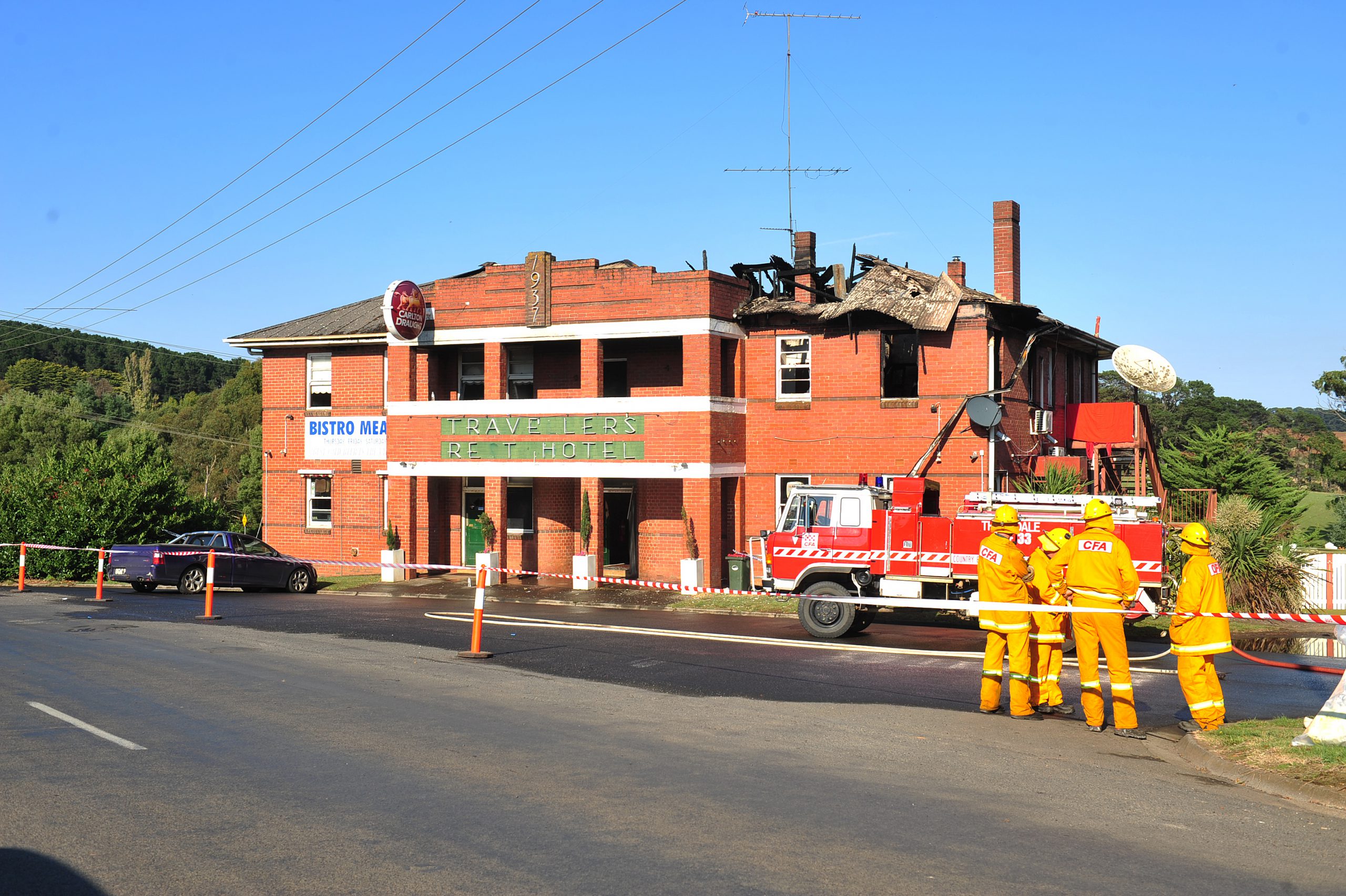 The owner of Thorpdale’s Traveller’s Rest Hotel is being remembered as a “community man” after he was killed in a blaze which destroyed the upper storey of the pub on Tuesday.

John Bantock was remembered as a Thorpdale “icon” as the community gathered on the morning of the fire to mourn the loss of the district’s long-serving publican.

Thorpdale Bakery owner John Marsh, who ran the bistro at the hotel for six years alongside Mr Bantock, said his death would have a “ripple effect” on the town.

“In a town as small as Thorpdale it’s just literally the post office, bakery and the pub – and probably the biggest of the three was the pub,” Mr Marsh said.

“He was a cranky old bugger but really at heart he was a generous old man, he was just an absolute typical publican (and) icon.”

The Express understands Mr Bantock was the second generation in his family to run the iconic West Gippsland hotel with the building itself celebrating its 80th anniversary this year.

“(The pub’s) been in his family since 1904, when the original pub was there,” a CFA volunteer, who did not want to be named, said.

Authorities said the fire broke out about 1.40am on Tuesday and the Arson and Explosive Squad was on scene mid-morning to investigate the cause of the blaze.

Police confirmed yesterday the fire was not suspicious and was believed to have started in an upstairs bedroom where Mr Bantock was at the time.

Mr Marsh said one of his employees first noticed the pub was alight in the early hours of Tuesday morning.

“(The baker) went over and knocked on the door and tried to wake the publican up and obviously had no joy,” Mr Marsh said.

“So he raced back (to the bakery) and called triple zero.

“It wasn’t long after that when the guys called me … the blaze had been extinguished and we wanted to put some pies and coffees on for the firies.”

Mr Marsh said it was going to be “a hard pill to swallow” for the town.

“Like everything we do in Thorpdale… we all pull together and move on.”