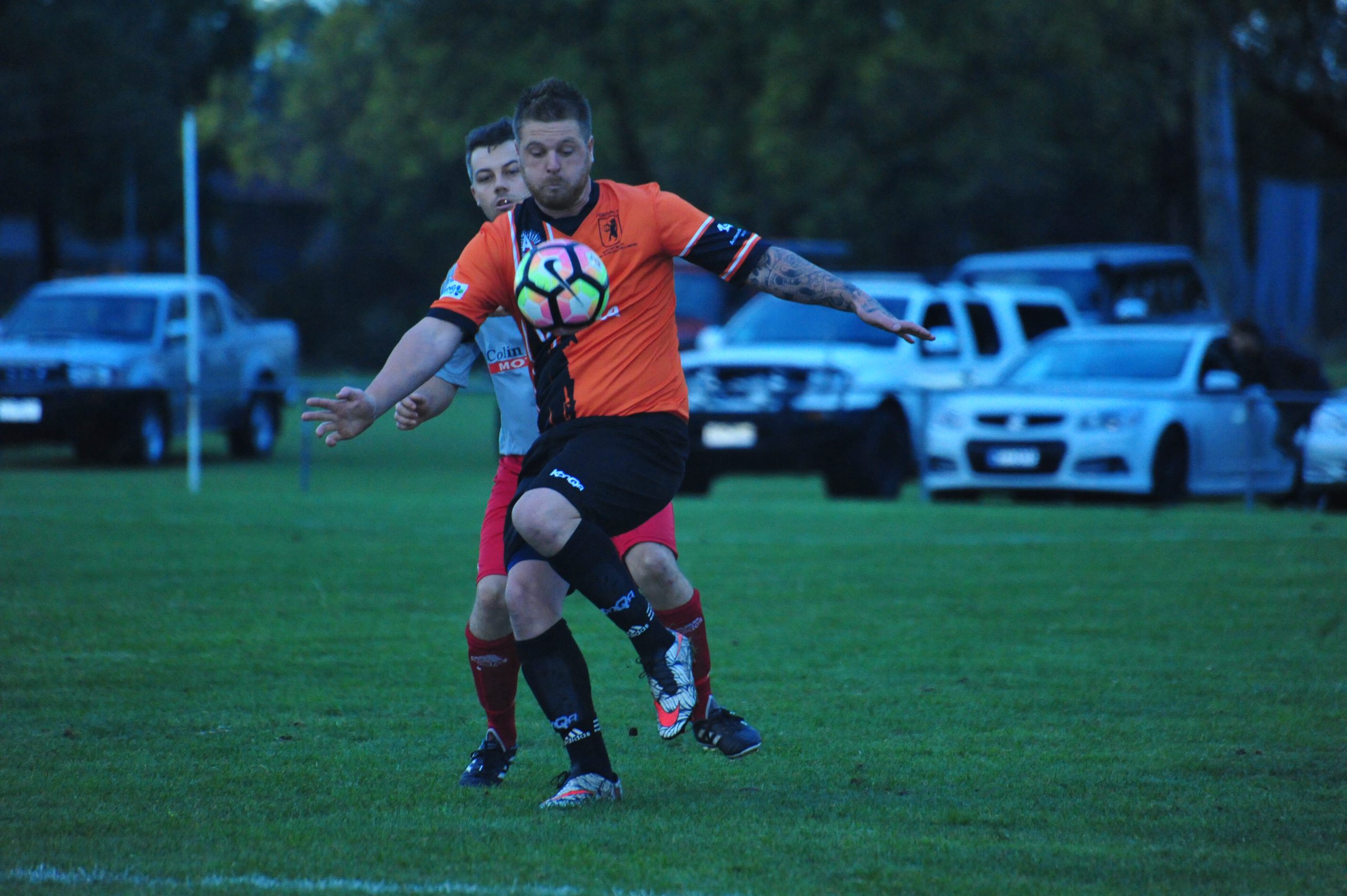 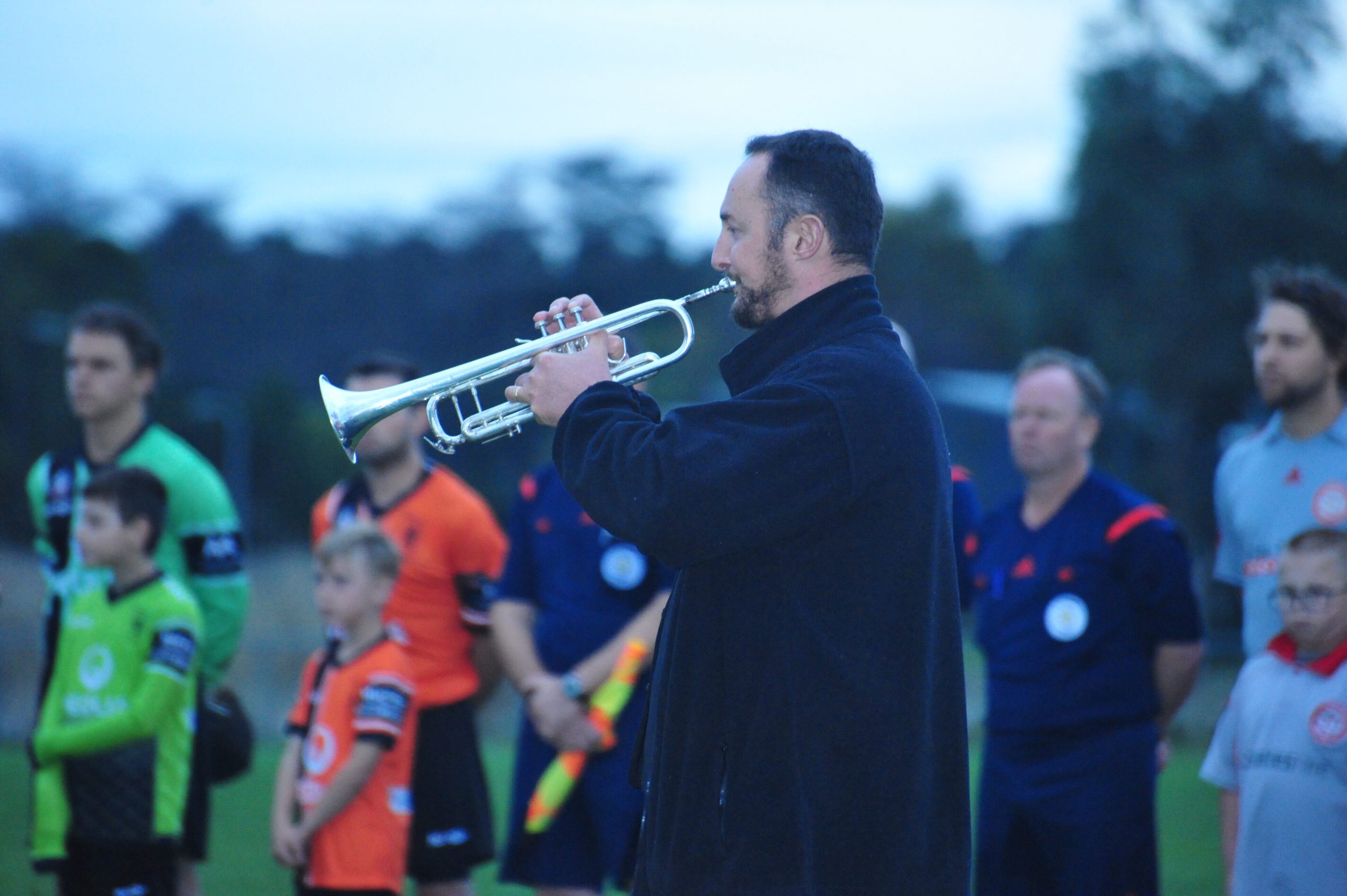 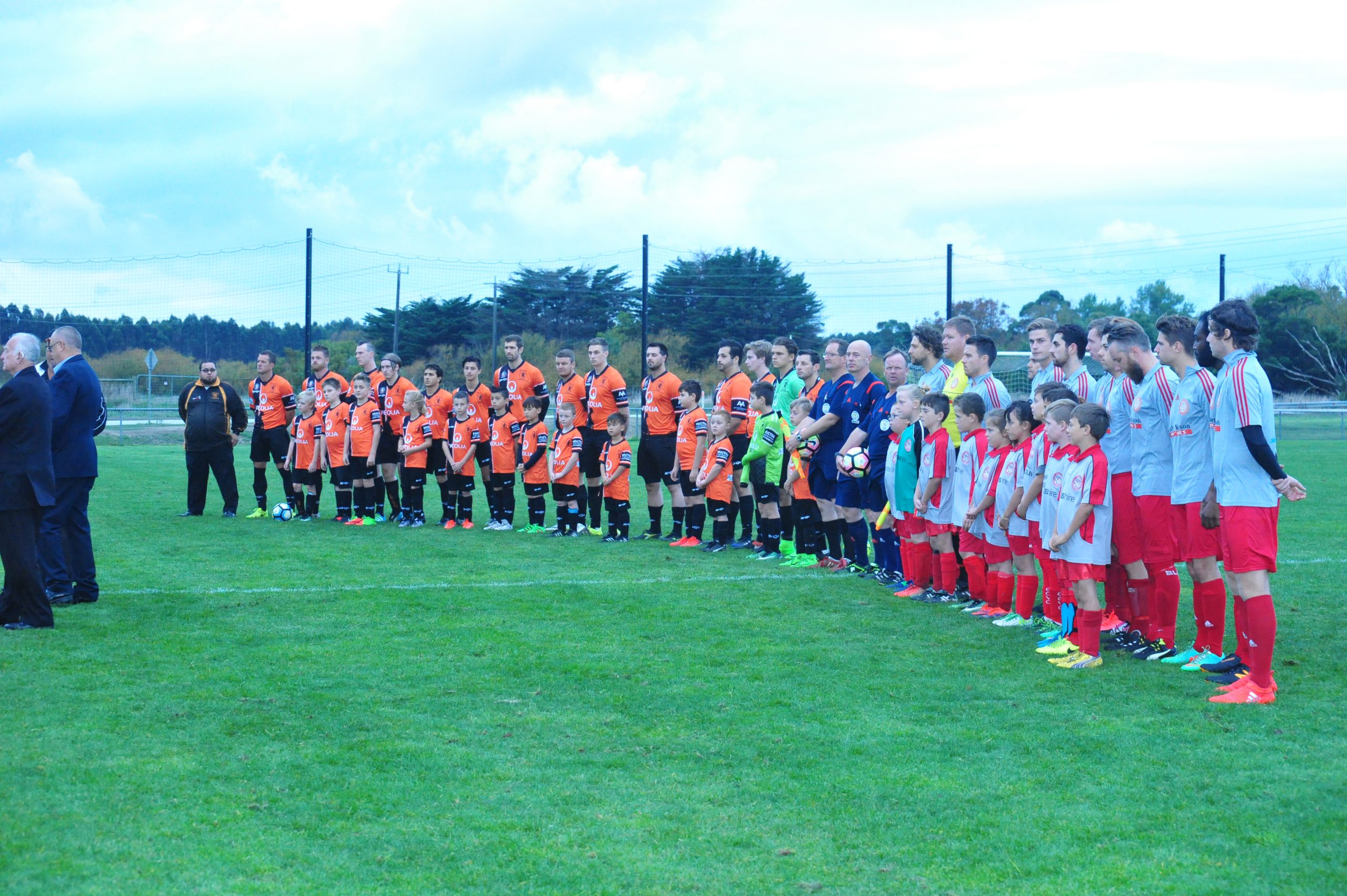 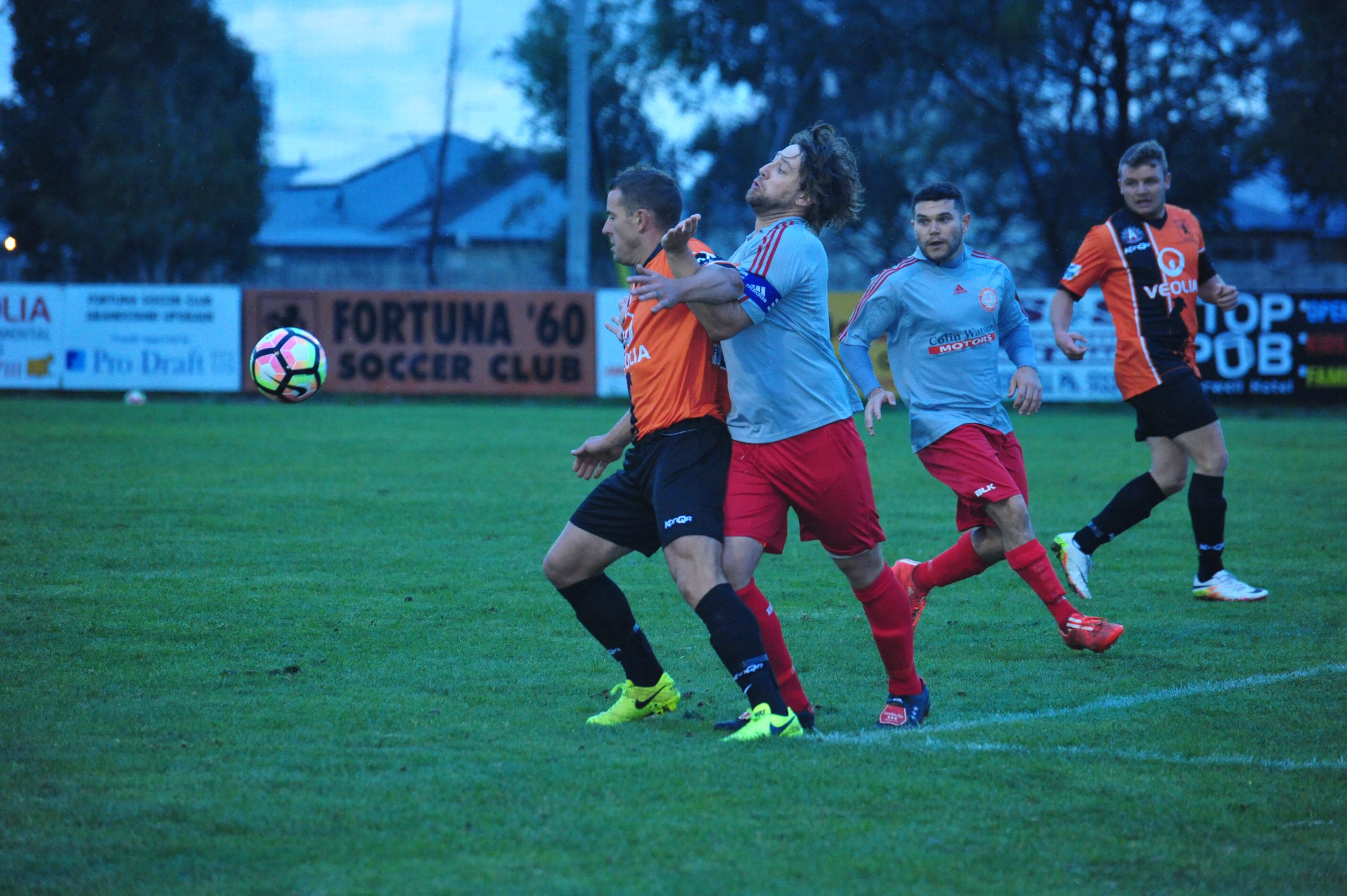 A solemn and dignified remembrance preceded the Anzac Day LVSL fixture between Fortuna 60 and Churchill United.

The game, the only soccer fixture sanctioned in Victoria to use the Rising Sun symbol, was also memorable, with the Rams holding on for a 3-2 win.

“What we’re seeing is a growing trend of sporting organisations that carry on with the Anzac tradition, but by bringing it into their club,” Mr Maher said.

“For example, Fortuna are one of only seven clubs in Victoria, and all the rest are major AFL clubs, that are allowed today to wear the Anzac emblem.

With games played all afternoon, and the ceremony, the crowd was in the hundreds by seniors kick-off.

LVSL committee member and Orangeman stalwart Allen Roberts was wrapt with how the evening had gone.

“It’s a massive crowd, absolutely ecstatic with the turn out,” Mr Roberts said.

“The Latrobe Valley soccer community’s been fantastic getting behind it.

“A big thanks to the Morwell RSL for helping us out and our sponsors Konqa and the Gippsland Motor Group that have all chipped in and donated to the RSL.”

The event wasn’t just to honour the memory of those who had sacrificed but to provide tangible support for contemporary retuned service personal.

It’s a small addition to the more than $250,000 the Morwell RSL has been involved in raising over the past five years.

“That has been spent on veterans locally,” Mr Maher said.

“We then don’t give cash, we take the bill, pay the bill for them and ensure everything is suitable so they can get back on a level keel.”

Mr Maher also said the special game would continue and Morwell RSL would play a part.

“This is going to become an annual event for an Anzac trophy,” he said.

“I’d like to see more clubs in the district take it up, however Fortuna’s first to do it, they’re first cab off the rank all the time.

“We must play our part for their enthusiasm.”

On field, the emotion and weight of the preceding ceremony seemed to lift all involved.

In a game played with passion, the first half was marked with strong defensive work and a number of decent chances.

The deadlock was broken just before half time when the Rams got the go-ahead goal thanks to Jarrad Johnson.

It was a lead that lasted all of two minutes as Fortuna’s Jordan Campbell evened up right on half-time.

Heydan Cook got the Orangemen back in it with 20 minutes to go, but it stayed at 3-2 at the final whistle.