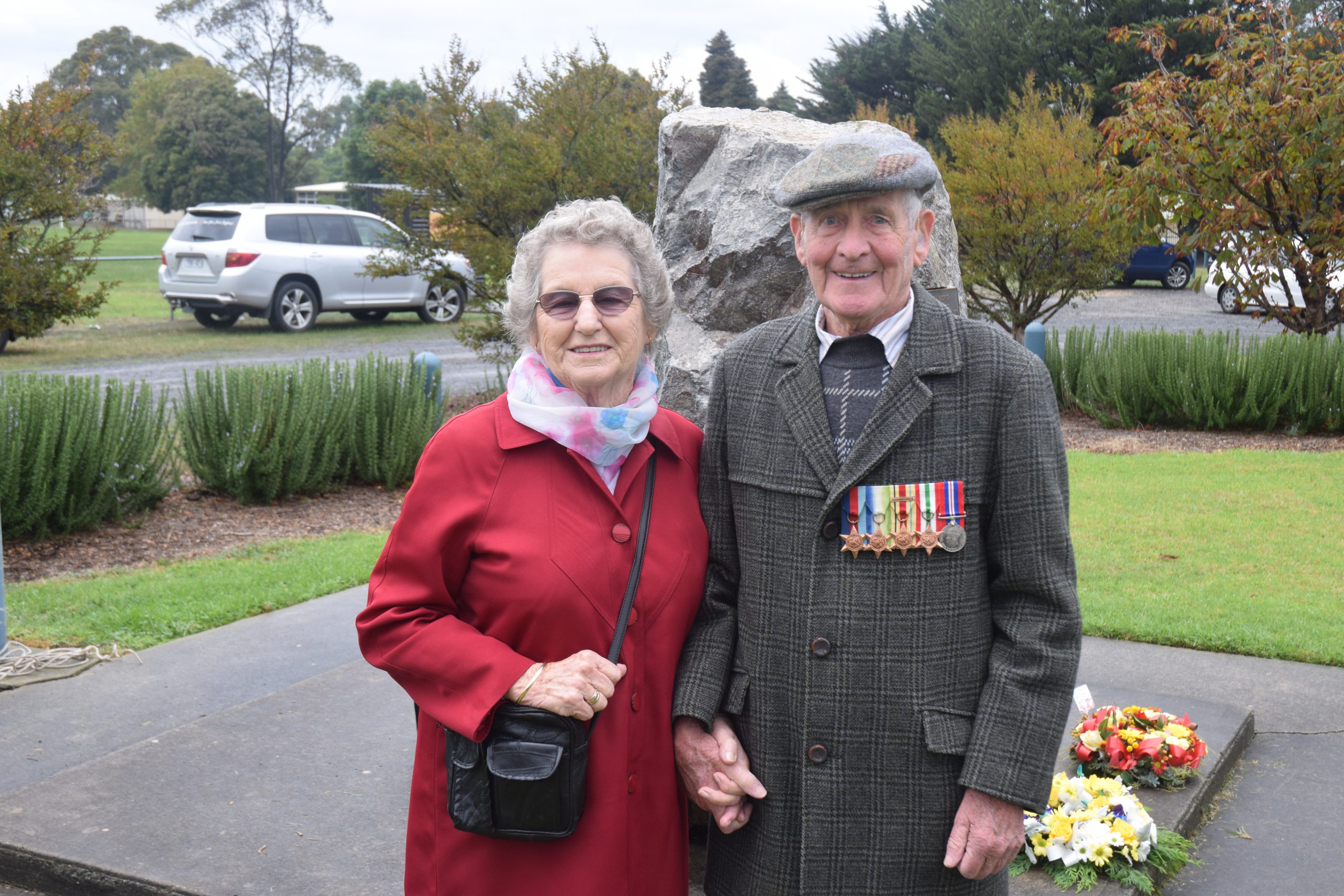 Ask any Yallourn North resident and they can tell you that’s what Leslie Hibbert greets you with.

Mr Hibbert, known as Les, has lived in Yallourn North since 1948.

The 95 year-old was a notable dignitary at the town’s Anzac Day service on Tuesday.

During the service, he was acknowledged for his contribution in World War II under the Merchant Navy of the United Kingdom.

But it was a sad occasion for Mr Hibbert who said he lost sleep in the lead up to Anzac Day over some of the incidents he witnessed during the war.

“I think of all the waste and the mistakes, some of the things that occurred should never had happened,” Mr Hibbert said

He joined the Merchant Navy in 1939, at the age 18, where he served on many ships and was part of the longest continuous military campaign in history – ‘The Battle of the Atlantic’.

According to his family, the Merchant Navy had a casualty rate of more than 25 per cent, with an estimated 27 per cent of merchant seamen killed in enemy action.

Emcee Rob Gaulton spoke about Mr Hibbert’s time in the navy as an Italian interpreter, repatriating Italian prisoners of war for the British, and his extensive service which saw him receive officer status and five medals of service.

He moved to Australia after the war given employment prospects for post-war veterans were limited in the UK, before marrying his wife, Ruth, in 1952 at the Yallourn North Methodist Church.

“He’s avoided taking part in these kinds of services previously, it’s too difficult for him because he can’t express how he’s feeling. It was just so overwhelming,” Mrs Hibbert, now 86, said.

“A lot of people across the community wouldn’t know what he’s done and we thought it was about time to share his story.”

Mr Hibbert’s family was present during Tuesday’s service where he laid a wreath in memory of his fallen comrades and those who paid the ultimate sacrifice during the war.