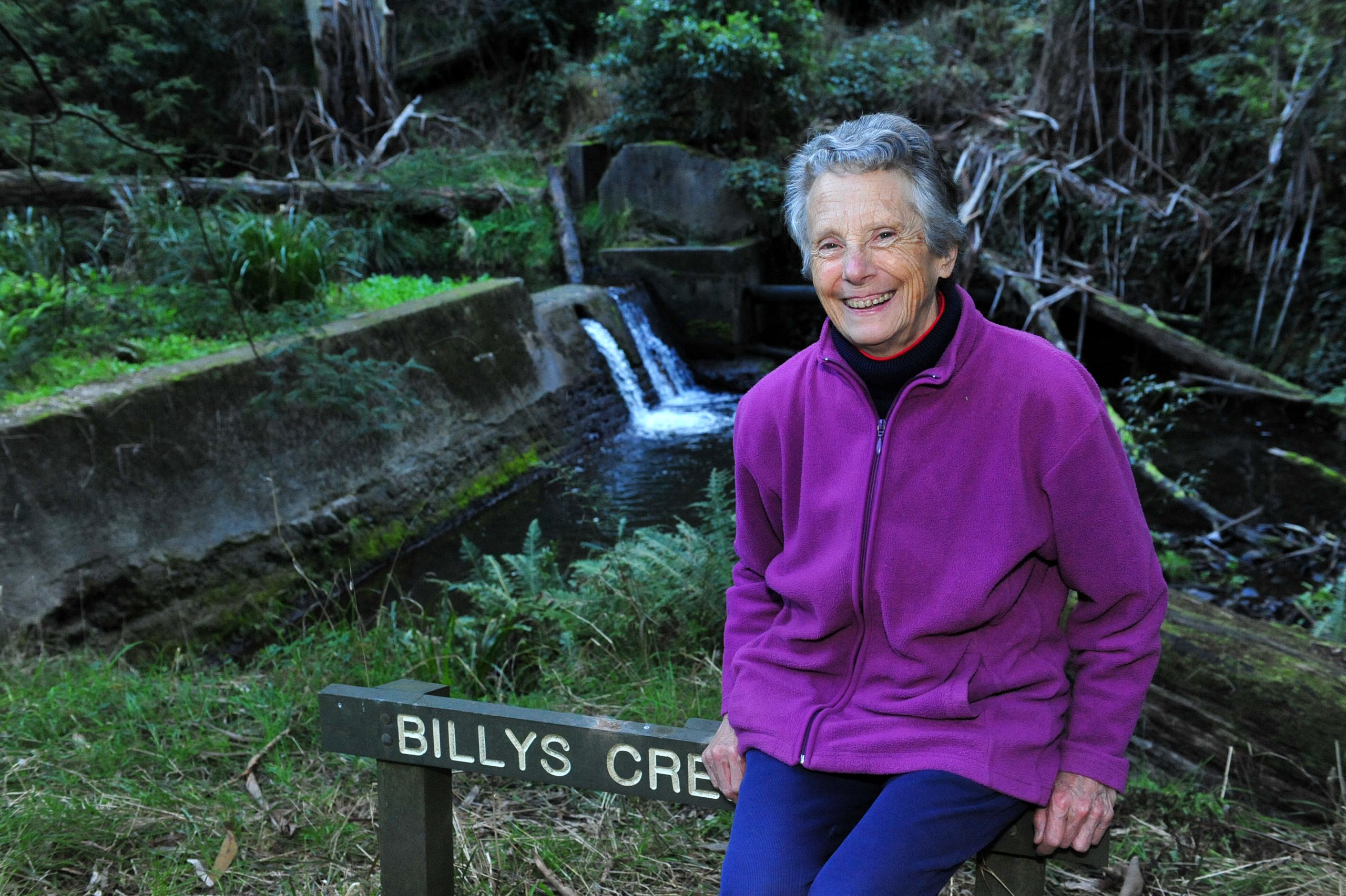 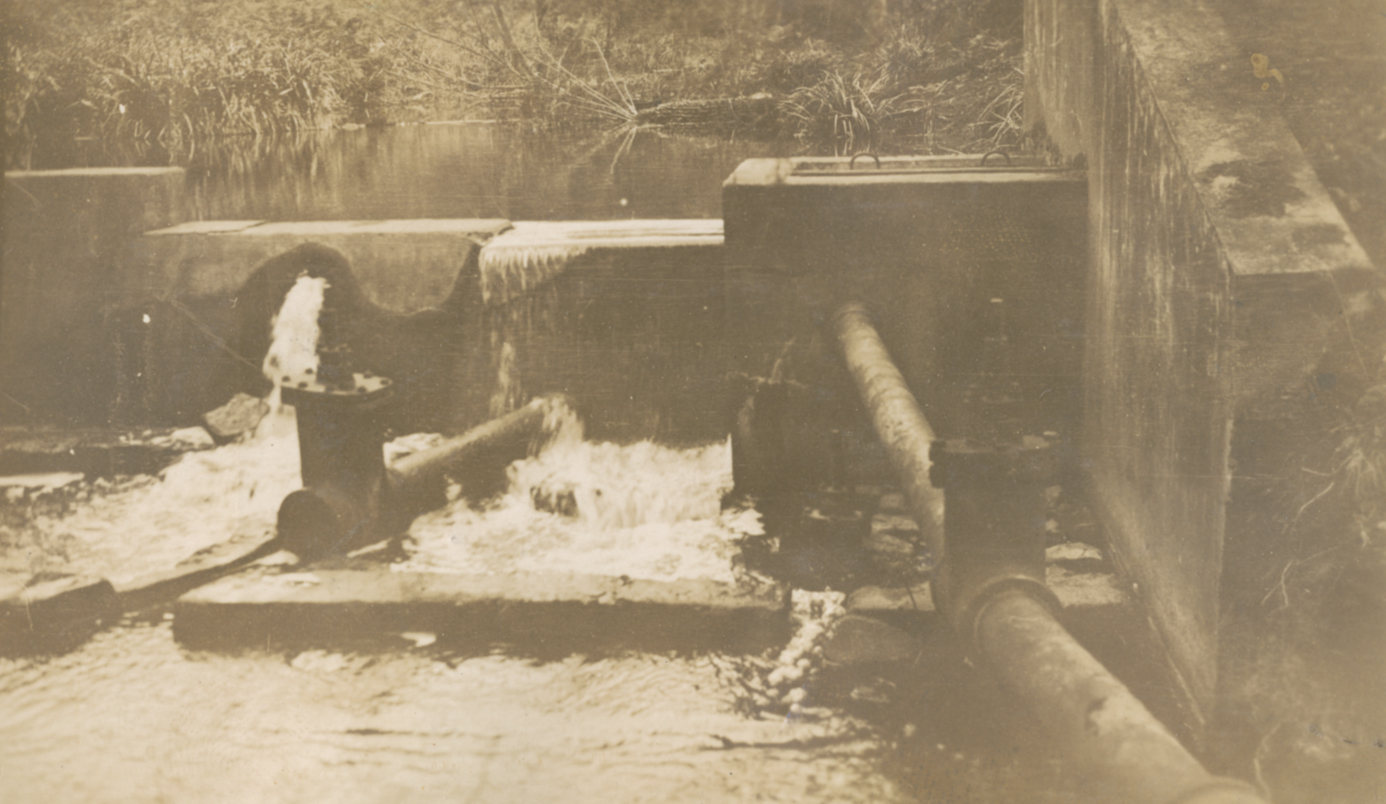 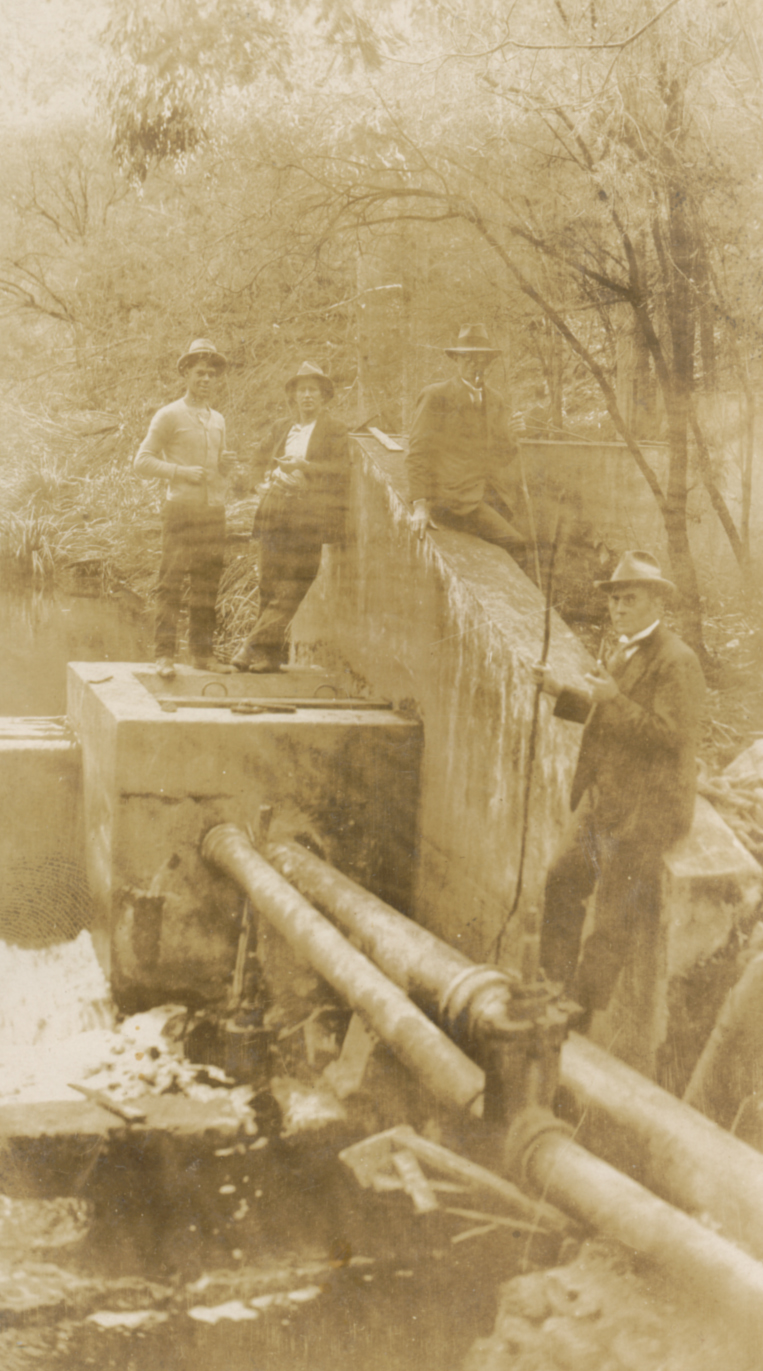 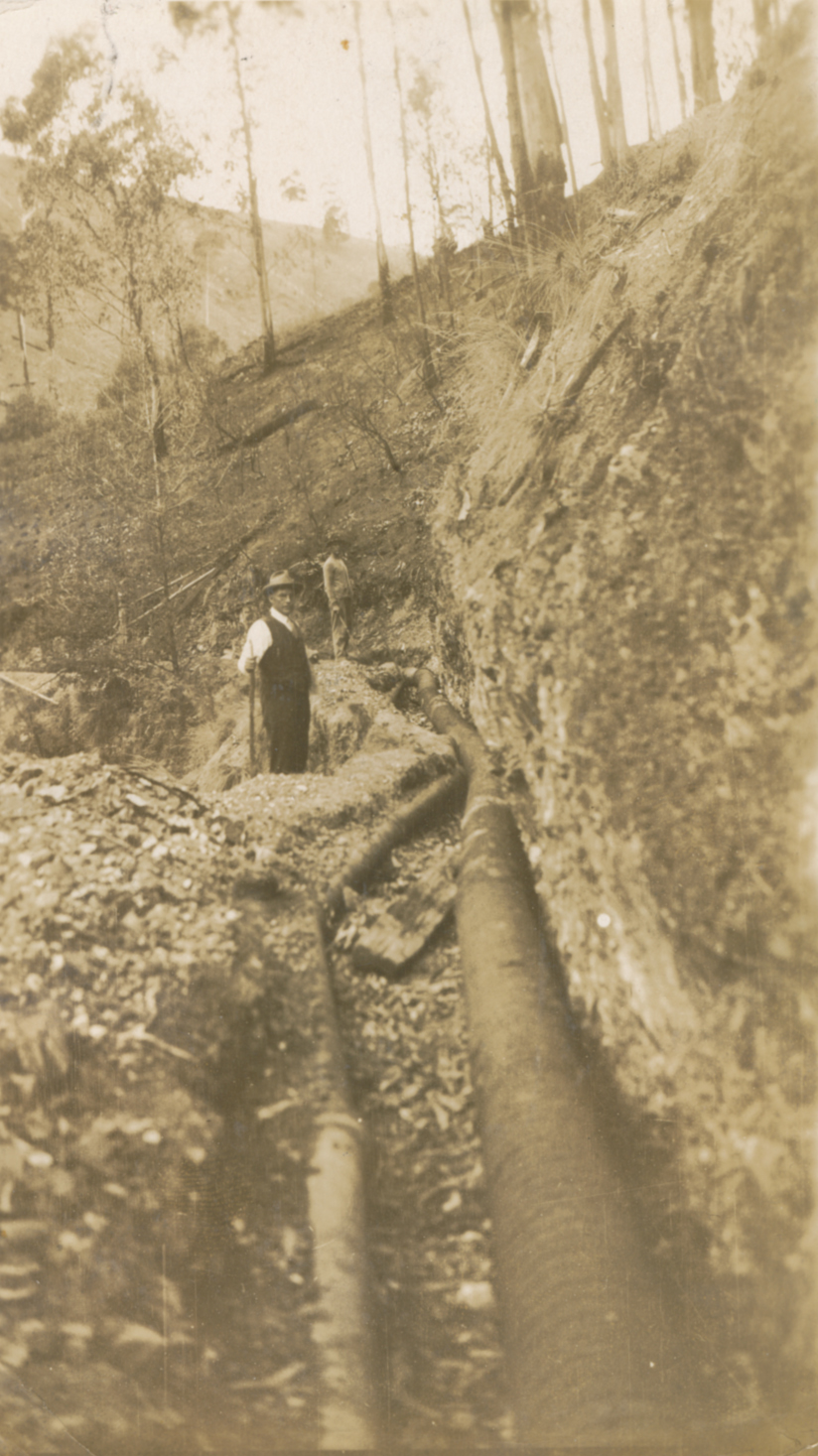 There is little spoken today about the old Morwell weir, a once critical piece of town infrastructure. This week, Express journalist BRYCE EISHOLD and photographer HAYLEY MILLS trekked down the walking track off Braniffs Road, to discover what remains of a big part of Morwell’s history.

Nestled deep among the eucalypts and ferns in Morwell National Park is a significant man-made structure that once supplied a lifeline to Morwell.

For close to 40 years the Morwell weir, located on Billys Creek, pumped water by pipeline into the township of Morwell before the construction of Moondarra Reservoir in the 1950s.

Built in 1912, all that remains of the weir is its concrete wall and end supports along with a few pieces of cast iron and wooden pipes scattered throughout the national park.

“Most people don’t know much about it, it’s not something that’s spoken about all that often,” Morwell Historical Society member Fay Thompson said.

Originally, water was piped by gravity through a six-inch cast iron pipe but as demand for water in Morwell grew, a nine-inch wooden pipeline was laid, replacing the then-existing pipeline in the 1930s.

The wooden pipeline was made from timber slats bound with wire and coated with tar to prevent leaking.

“It was built at Billys Creek because it was located higher than the township of Morwell itself,” Mrs Thompson said.

“It meant that the water could get to Morwell simply by gravity.”

The project took a year to complete and by December 1913 the weir began supplying water to Morwell.

“At the official opening, the hydrant located at the front of the Post Office on Commercial Road, now the site of the Commonwealth Bank, was turned on and shot water about 40 foot into the air, so the reports said,” Mrs Thompson said.

“The railway station was the centre of Morwell then and the town was simply centred around Commercial Road.

“So a lot of the area over towards Crinigan Road and Tobruk and Rintoul streets was mainly paddocks, the demand for water was much less back then.”

In 1994, Stewart C. McFarlane, a life-long Hazelwood and Billys Creek local spoke to members from Friends of the Morwell National Park, a group formed to assist with  its revegetation and upkeep.

In a transcript from his talk he spoke about how the pipes were initially transported from Morwell Railway Station, two or three lengths at a time to the site south of Morwell, by bullock and wagon.

“It was winter and they often got bogged on the flats along the way,” Mr McFarlane, who was about seven or eight years old at the time of the weir’s construction, said.

He recalled following its construction how it was a “very popular picnic place” for families of the district to visit.

Often his family would venture up the creek on horse and buggy to picnic at the weir after his brothers Douglas and George Jr McFarlane, acquired land under the Solider Settlement Scheme following World War One.

According to Mr McFarlane, the weir also supplied water to the Hazelwood flats as well as Yinnar.

Sadly, Mr McFarlane died a few months later following his talk to the Friends of the Morwell National Park but his memories have long since lived on.

What’s likely to be one of the most infamous stories about the weir these days, occurred sometime after World War Two when a group of local farmers’ downstream gathered to address a lack of water shortage.

At the time, water was below the weir overflow, preventing famers’ down creek from accessing a constant supply of water.

Documented by Hilmar Batza in ‘A brief history about Billys Creek’ and reported at the time, farmers “took matters into their own hands and drilled a hole in the weir wall”.

The hole is still visible on the weir wall today (pictured) and marks a significant moment in the weir’s history.

Morwell National Park was originally declared as Victoria’s 20th national park in 1966 but it wasn’t until 1989 that Billys Creek Valley was incorporated as part of the park, bound by Junction, Jumbuck and Reidy’s roads towards the east.

Billys Creek is located about 14 kilometres south of the Princes Highway from Morwell.

The weir itself is accessible via a one kilometre walking track off Braniffs Road.