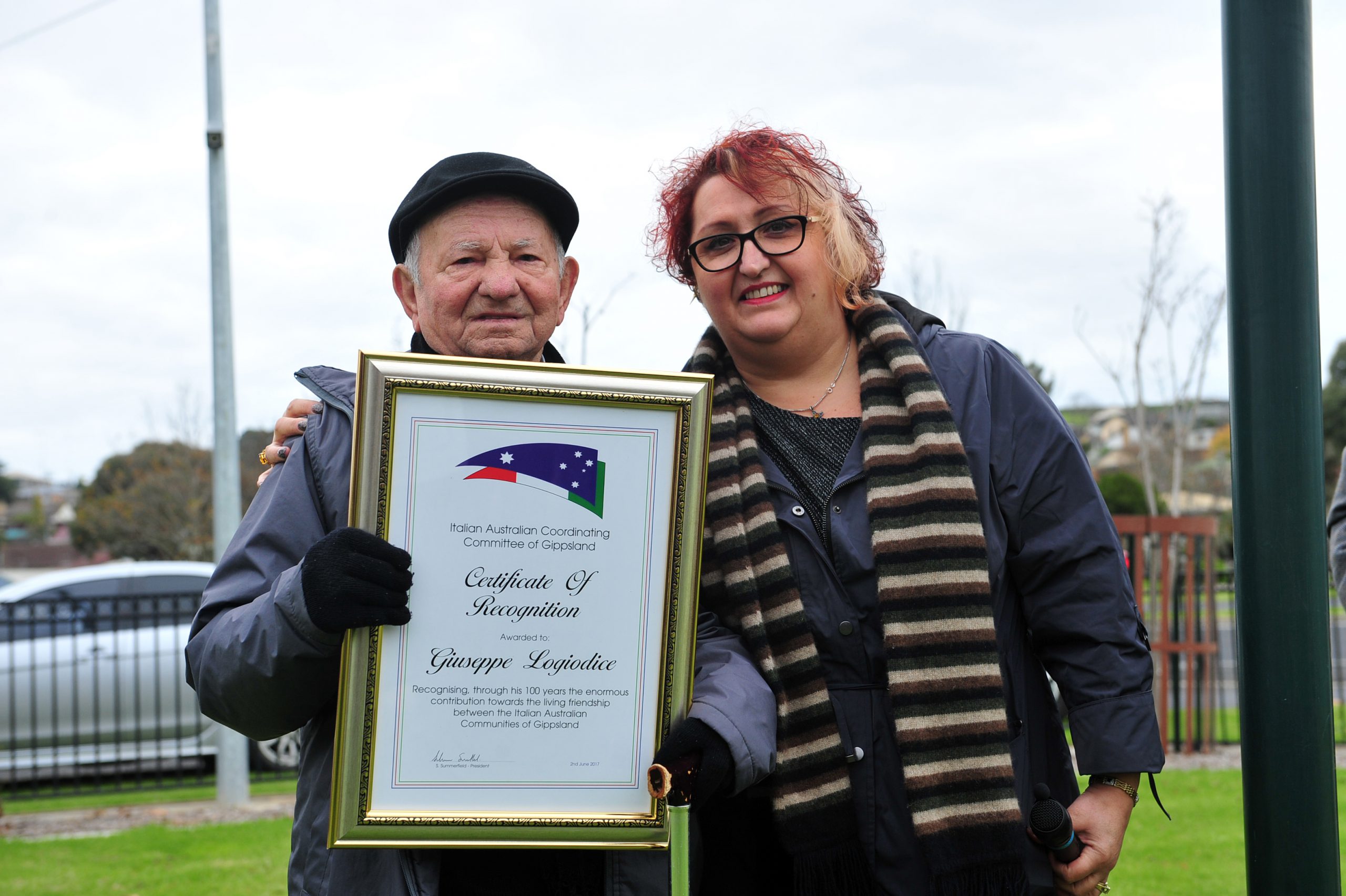 About 80 members of the Latrobe Valley community watched as 99 year-old Morwell resident Giuseppe Logiodice raised the Italian flag after mass on Friday at Gippsland Immigration Park.

Mr Logiodice lived through the 1946 referendum which allowed Italian citizens to vote against the monarchy and welcome the birth of the Italian Republic after the World War II.

“Each year when we do this ‘festa’, we honour an outstanding citizen or somebody that’s done something of value,” Ms Summerfield said.

Mr Logiodice arrived in Morwell from Italy in 1955, nine years after the referendum.

He said it was a great honour to be raising the flag on Italian National Day.

“I was happy to come in Australia because I got a job straight away,” he said.

His daughter Rosa Lambert said he worked as an assistant boilermaker at the State Electricity Commission workshops in Morwell.

“He lived in the camp for SEC workers back then, so when he arrived he stayed there,” Ms Lambert said.

“And then he purchased a home or put a deposit down for a home in Morwell and then lived there until mum passed away.”

Mr Logiodice has since lived with Ms Lambert in Morwell.

“He’s still socialising, which is really important, and he enjoys that. He enjoys interaction.”

Bocce, soccer and live music by the lake followed the flag-raising ceremony.

“It’s evident today that everywhere in the world Italy has spread its wings and Italians have brought unity, they’ve brought great culture so that’s why we celebrate it,” she said.