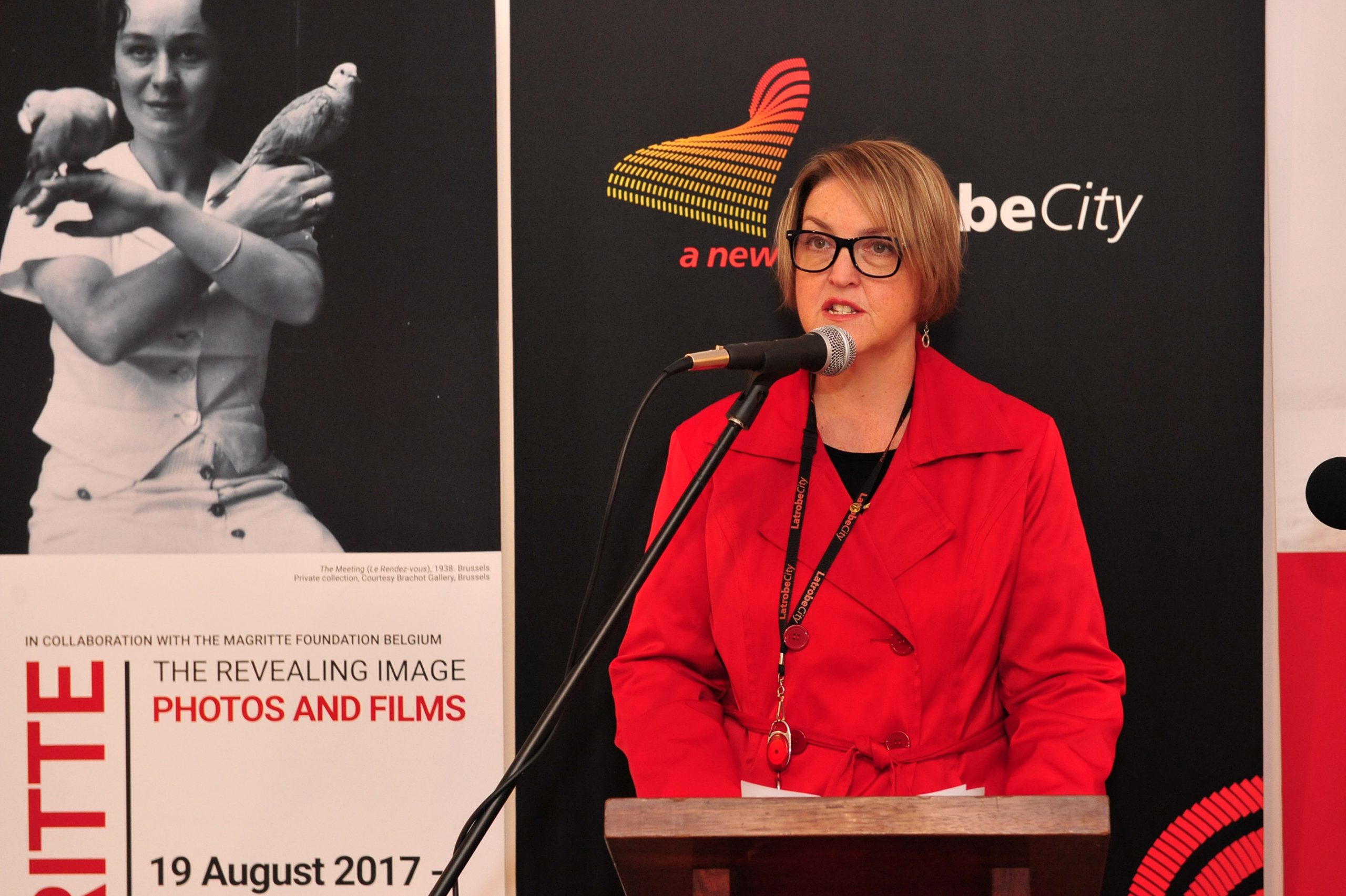 A world-class  exhibition of artworks never before seen in Australia will place Morwell on the global stage, according to Latrobe Regional Gallery director Dr Mark Themann.

Announced yesterday, Dr Themann said the exhibition of 20th century art “giant” René Magritte would be a coup for the region and raise the gallery to be a “decent player” in the Australian art scene.

The forthcoming exhibition will follow $1.51 million worth of renovations currently underway at the gallery, which will enable the regional venue to host high value international exhibitions.

Dr Themann said loaning the works in collaboration with the Magritte Foundation in Belgium would not have been possible without upgrades to the lighting and hanging systems and storage facilities at the gallery which allow proper conservation of the works.

“(The exhibition) will reaffirm that Latrobe City Council is interested in progressive intellectually diverse cultural offerings,” he said.

The council contributed $740,000 towards the refurbishments and Latrobe Valley Authority contributed $770,000 as part of the State Government’s $266 million transition funding.

Latrobe City mayor Kellie O’Callaghan said at Wednesday’s announcement the exhibition provided a real opportunity for economic growth and would attract art lovers in the thousands.

“People will travel great distances to be able to see this artwork hence the duration of the artwork being on display,” she said.

The collection of 132 original photographs and eight films by the Belgian surrealist will open for three months, starting in August.

Cr O’Callaghan said it was hard to predict the exact economic benefit to the Latrobe Valley, however it would be a “significant boost” to the local economy.

“It’s not just about the income of the gallery itself, it’s about opportunities for people to be hosted, accommodation and general hospitality increases.”

She said it was certainly council’s intent to replicate something on the scale of Bendigo Art Gallery’s hugely successful Marilyn Monroe exhibition when they saw the funding.

“(And it was) certainly the intent of the State Government to ensure that the scale of exhibition we have here and the interest of those exhibitions we bring were on par with those that are hosted at Bendigo,” Cr O’Callaghan said.

Dr Themann emphasised such a high calibre exhibition was not just for the benefit of tourists.

“We believe regional centres should have excellence,” the gallery director said.

“You should not have to travel necessarily to major population centres.

“Half the photos do not have negatives because Magritte was a little bit chaotic.

“He used to take his film to the chemist and not the lab and so we’re getting the originals not getting the reprints.”

‘Rene Magritte: The Revealing Image’ will open from 19 August to 19 November 2017 at Latrobe Regional Gallery, and a contemporary South African video art exhibition ‘MINE/The Film will always be with you’ will open from 30 September to 3 December 2017.