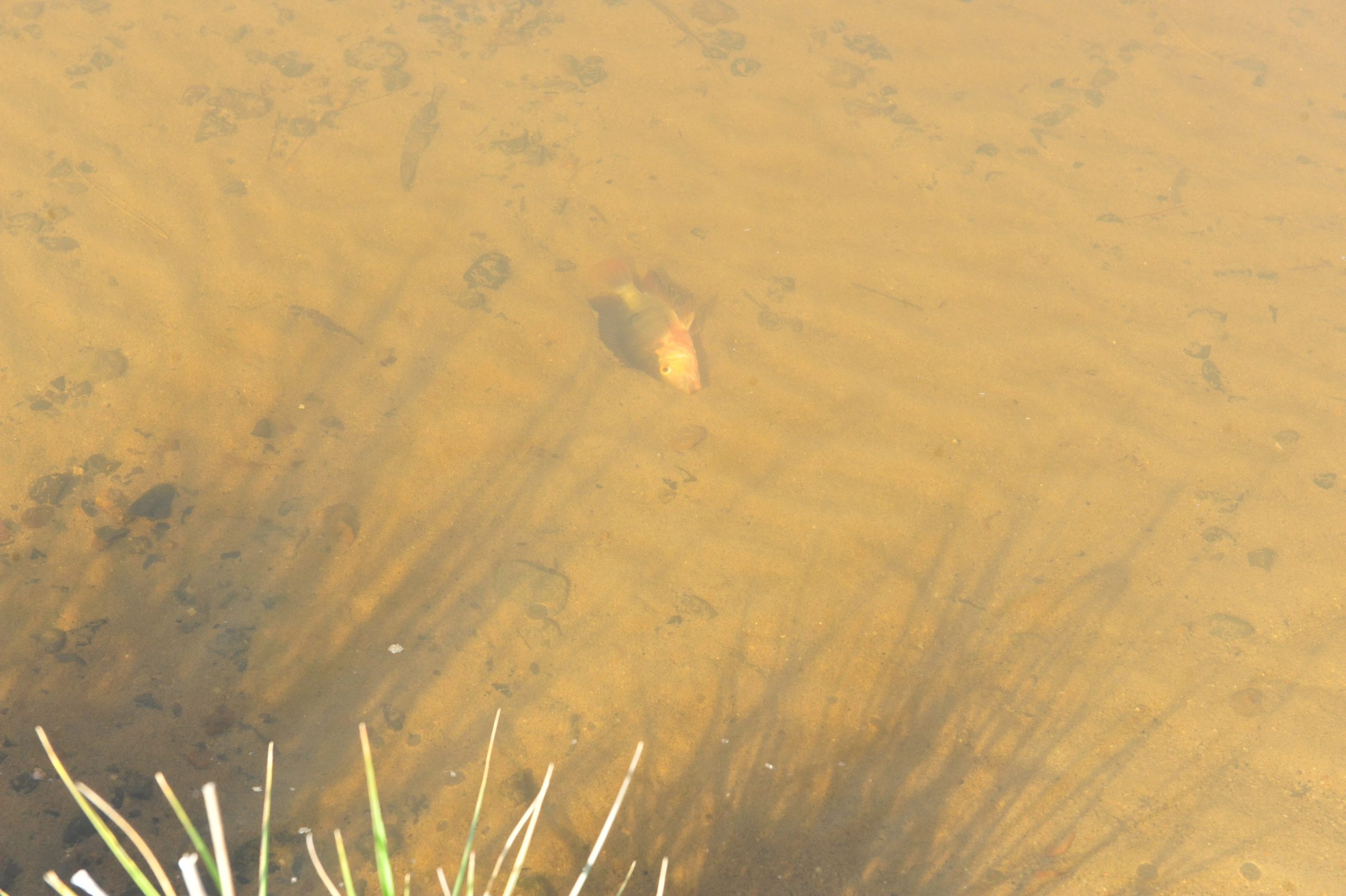 Barramundi stocked into the Hazelwood Pondage are showing signs of stress, despite being relocated to a warmer section of the waterway.

As the Latrobe Valley hits the middle of winter, the Victorian Fisheries Authority is monitoring the barra, most of which it says are now in the warmer section of the pondage heated by aquifers.

But Victorian Fisheries Authority chief executive Travis Dowling said the heated area was not as warm as authorities had hoped, now sitting at 23 degrees in a small section, down from about the mid-30s when the Hazelwood Power Station was in operation.

It’s understood the critical level for barra is below 15 degrees.

“We have seen some signs some the fish are struggling with the cold,” Mr Dowling said.

“They are swimming up close to the surface and hanging around close to surface, which indicates they’re stressed.”

There are also concerns about the barramundi’s food source, with Mr Dowling saying there was evidence some cichlids and tilapia had moved to the warmer waters, “but there doesn’t seem to be a lot”.

It comes after hundreds of tilapia were found dead at the waterway in May.

Mr Dowling said the barramundi were “hanging in there”, but it was too early to tell whether the worst of their chilly ordeal was over.

“It’s a situation we will be closely monitoring,” he said.

Ahead of winter, the fishing authority used electrofishing techniques to relocate 150 of the iconic fighting fish to the warmer section of the pondage and Mr Dowling said others of the species had moved there on their own.

Seven thousand barramundi were stocked into the pondage proper last year as it had the warmer temperatures needed to sustain the species, because it was used as a cooling system for the Hazelwood Power Station.

But temperatures at the historically toasty pondage began to drop following the station’s closure on 30 March.