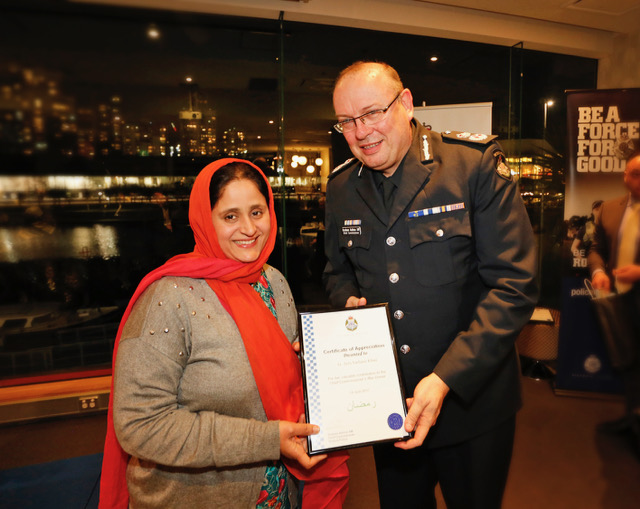 Ms Khan was among more than 150 people at the event on Wednesday, 14 June, where representatives from the state’s Muslim community congregated to mark Ramadan and ignite important discussions.

She said she presented with Latrobe Proactive Policing Unit Sergeant Ben McWilliam about some upcoming projects in the Latrobe Valley.

“Police have been really supportive of people of different backgrounds,” Ms Khan said.

“I talked about the social cohesion and its impact on the communities and societies.”

She referred to the “unwritten laws” in a community, being social expectations and simple courtesies such as smiling when meeting a new face.

Ms Khan also spoke about a handful of programs underway in the Latrobe Valley designed to promote social cohesion, including the upcoming Eid Festival.