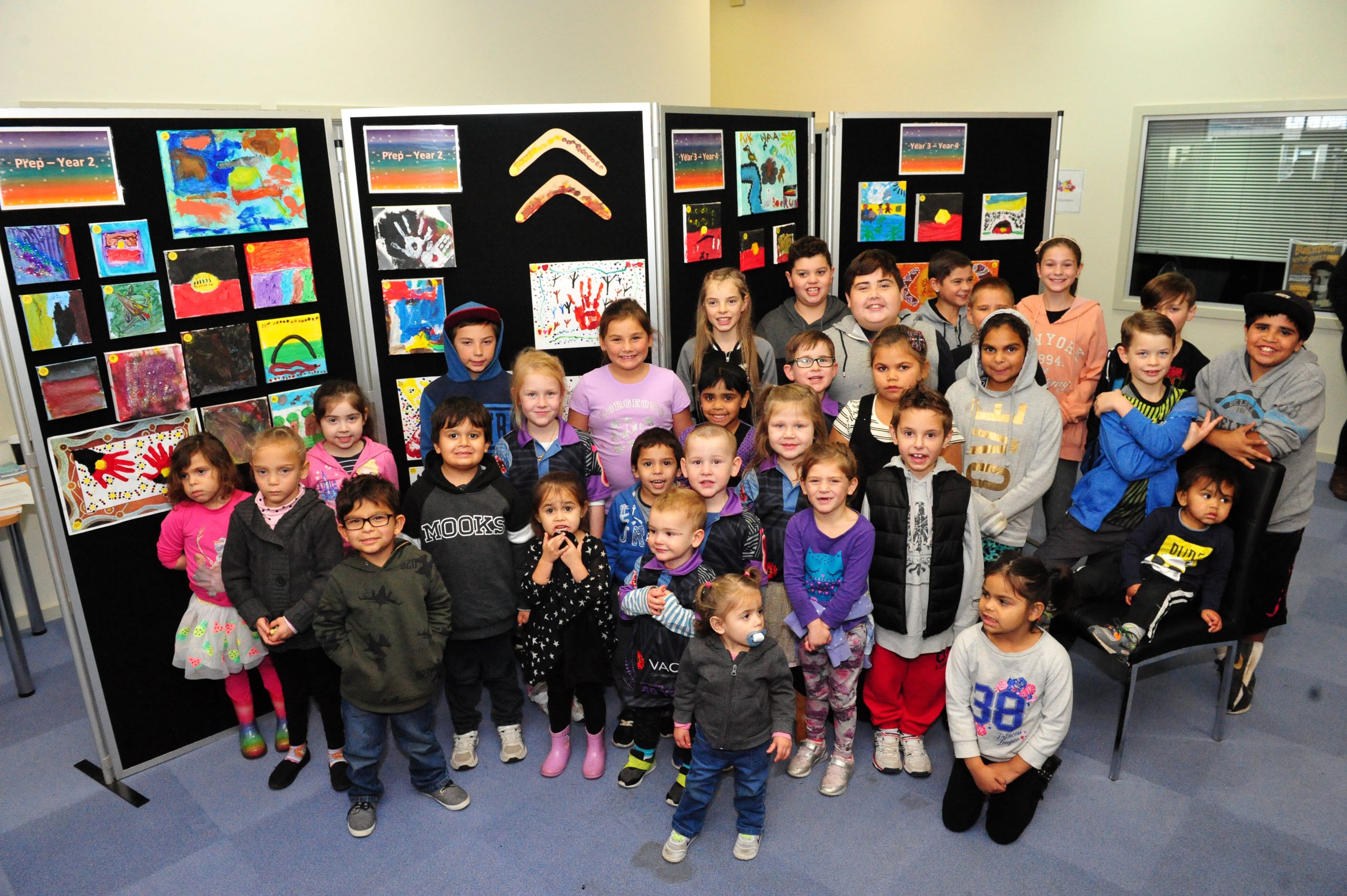 More than 50 children exhibited their interpretation of culture on Friday, 7 July for what was the first NAIDOC Week Children’s Art Exhibition ran by Anglicare Victoria Reconciliation Action Plan Committee.

The artworks hanging in The Gathering Place in Morwell were rich in symbolism as well as imagery of the Australian Aboriginal Flag.

Anglicare Victoria Home Interaction Program for Parents and Youngsters coordinator Jade Walsh said the exhibition was a springboard to connect children with elders who worked with the young artists in the lead up to the exhibition, then selected winning artworks.

“You see a lot of the NAIDOC stuff, it’s all about entertainment for the kids, going on jumping castles, all that kind of stuff, but when you really come back to the roots, you’re talking about culture,” Ms Walsh said.

“We’re talking about family and coming together and today was a perfect example of that.

“I guess we want to try and encourage the elders to take that responsibility back, because it has been lost.”

Ms Walsh said totems were a common theme to the paintings.

“There was one little girl who has just come over from Western Australia,” Ms Walsh said.

“She painted her and her grandmother looking for turtles in the water so it’s obviously something that’s stuck with her and when she thinks about culture, that what she thinks about.”

Some of the young artists featured in the exhibition were current and previous participants in the Anglicare Victoria HIPPY program.

There are four tutors involved in the two-year program, who deliver activity packs to help parents transition their young children into school.

Ms Walsh said the tutors were also parents, and through the program they developed a Certificate IV in Community Services which prepared them for the workforce.

“I started off as a tutor, and I had never worked a day in my life,” Ms Walsh said.

Now as the coordinator of the program and a member of the RAP committee, Ms Walsh believes her work has “changed lives”.