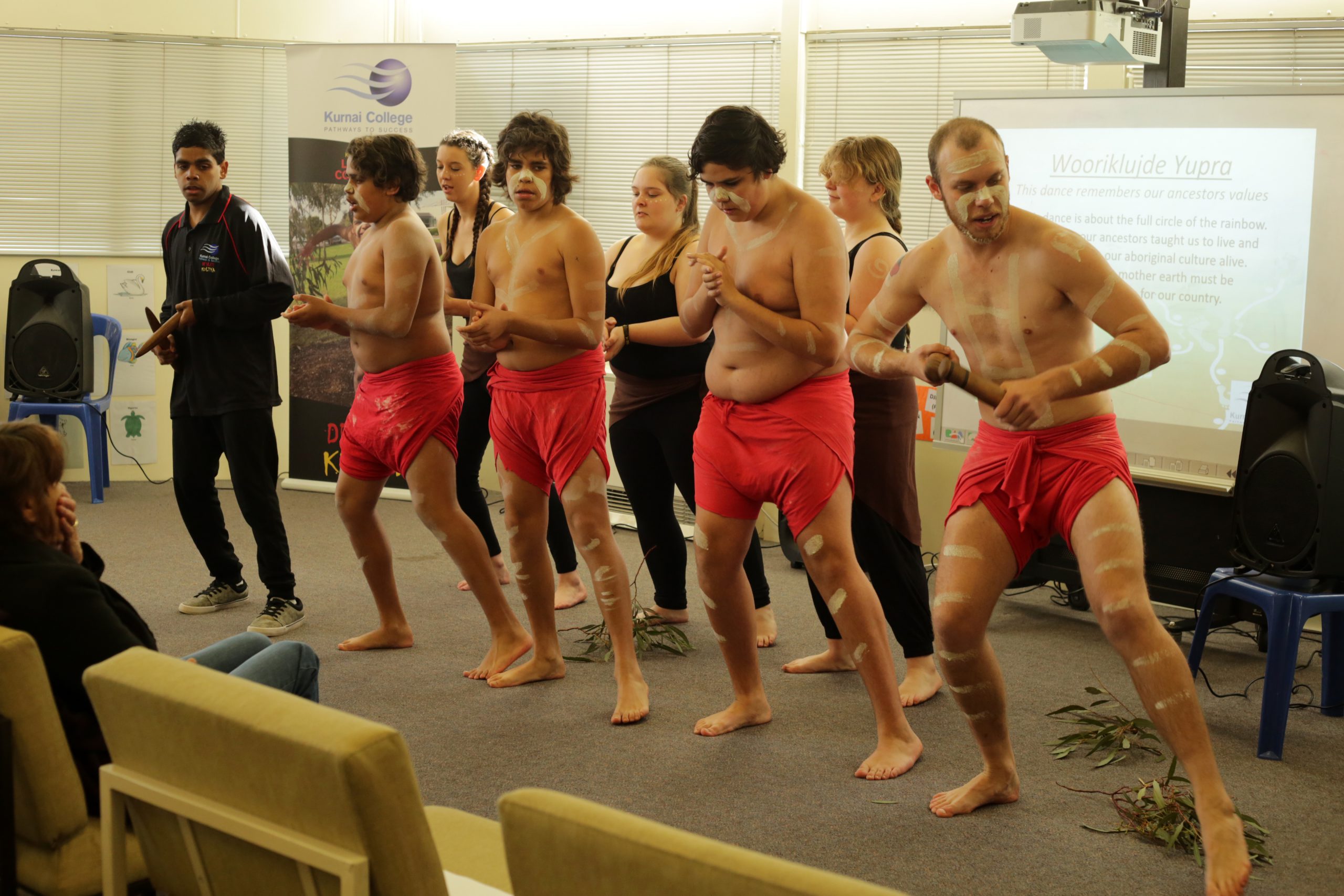 Kurnai College honoured NAIDOC a couple of weeks later than its scheduled date this year, however it was worth the wait as friends, family, politicians and Aboriginal elders gathered in the hall at the Morwell campus on Thursday, 17 July for some inspiring celebrations.

Western Australian actor Mark Coles Smith wowed the audience with a recount of his path towards starring in major Australian films such as Last Cab to Darwin, which started with his Aunty Ness telling him to get in the car, as he was going to audition for an extras role in a television series.

“I looked at the other kids, and they were all nervous, and I thought, ‘nah, I got this’,” Mr Smith said.

He landed one of the five lead roles and he urged the audience to take on the same kind of happy-go-lucky attitude which propelled his career.

“I never feel like I truly know what I’m doing, I just take a risk each time,” he said.

“The strength and power I get comes from my grandmother, those stories. And the older I get the more I feel how far back those stories go.”

The artist, dressed in the Mirboo North Football Club guernsey he designed, welcomed the guests to make a procession around the fire in the schoolyard.

“The smoking ceremony… is to cleanse out the evil spirits that’s around on country and make way for the good to come in,” Mr Edwards said.

He said he learnt the practice from his aunties and uncles and used fresh gum leaves for the smoking effect.

“You have to get them from country that you’re on,” Mr Edwards said.

The artist explained how the boomerangs on his guernsey represented how “culture always comes back to you” and the footsteps were for people “walking together”.

The final performance was from a vibrantly-dressed Boomulele Street Band.