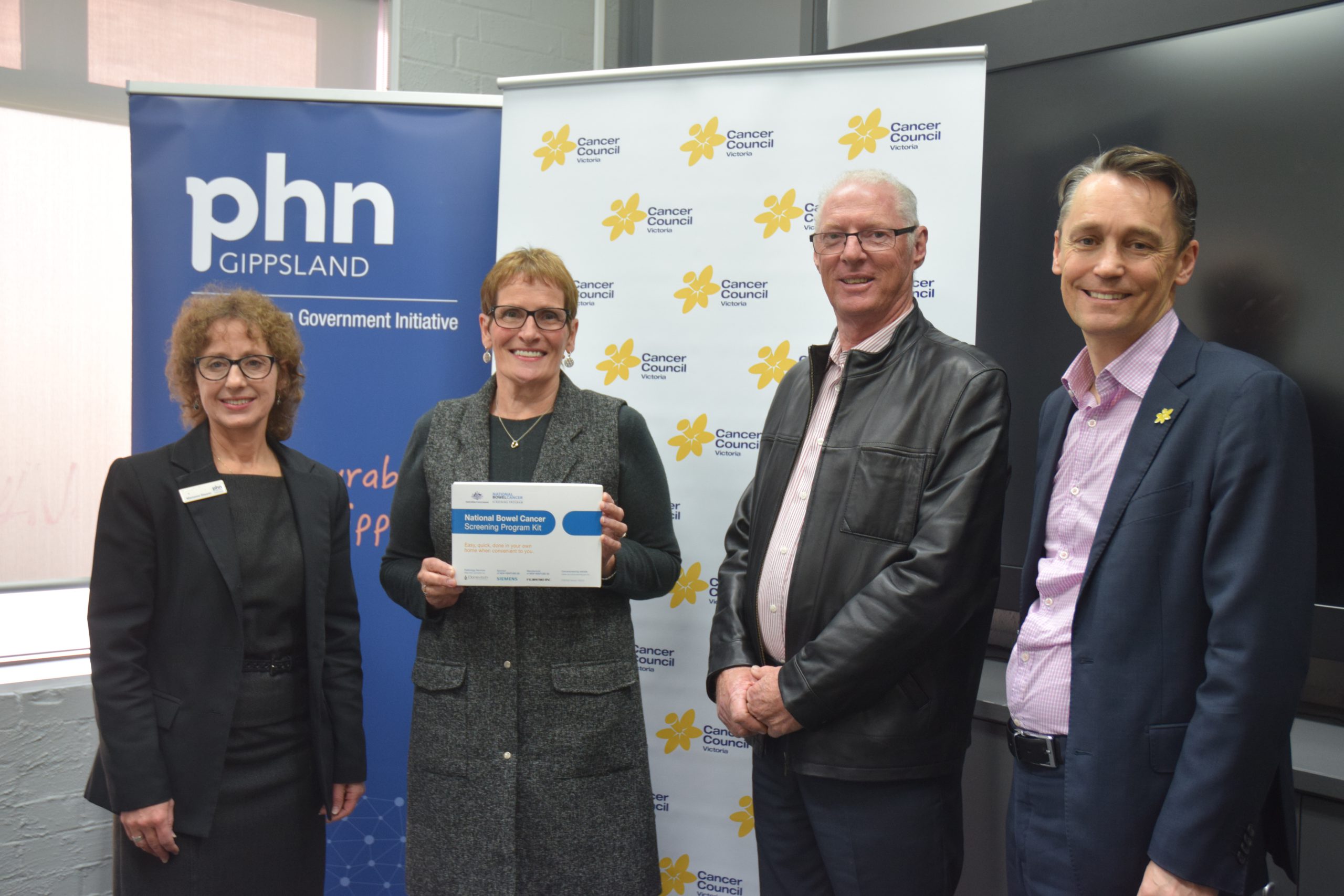 A simple testing kit has been the difference between life and death for brother and sister Charlie Speirs and Margaret Speed.

At age 60, Charlie took a simple bowel cancer test at home to reveal something was not quite right.

“I’d done the bowel screening a couple of times. (With) previous tests I’d done, I’d been clear… but a few weeks later I got a letter saying ‘you better go see your doctor’,” he said.

Charlie had a colonoscopy and was referred to a surgeon who confirmed what the at-home test had indicated bowel cancer.

“I had some surgery to get (part of) my bowel removed and as a result of my diagnosis my sisters were all advised to go and be checked,” Charlie said.

“Marg got checked and found she had a bigger problem than I had.”

Margaret was diagnosed with stage three cancer with some lymphatic involvement and had to have surgery and chemotherapy to treat it.

Margaret is now in remission.

“My story at a snatch is two for the price of one. One kit saved to lives,” Charlie said.

This is the message Cancer Council Victoria aims to communicate with its new campaign to encourage Victorians, particularly in regional and rural areas, to screen for bowel cancer.

The campaign was launched in Moe on Thursday.

“The latest data from Cancer Council Victoria shows that there are about 3800 Victorians diagnosed with bowel cancer every year,” Mr Harper said.

“We know that it is responsible for four times as many deaths as the state road toll. What is even more tragic about those numbers is we know that bowel cancer is one of the more treatable cancers.

“If it is detected early, we know that 90 per cent of people survive beyond the cancer diagnosis. For more advanced staged cancers that figure decreases to almost 15 per cent.”

Mr Harper said a “simple, free, at-home” bowel cancer screening test was able to alert patients to the possible diagnosis of bowel cancer even before patients even showed any symptoms.

“Looking at the data of bowel cancer across Victoria, one of the things that was very stark was the poorer outcomes that are experienced the further people live from Melbourne,” he said.

“Currently, across Victoria we know that less than 40 per cent of eligible people do the simple, free, at-home bowel screening test. If we could lift that to 50 per cent then thousands of lives would be saved in decades.

“If we can lift our screening rates across Victoria, particularly in regional areas, we will see significant improvements in cancer outcomes in years to come.”

Mr Harper said the test patients did not need to fear the bowel-screening test.

“It is a simple test, you can do it in the comfort of your own home… I’ve done the test myself and I know many people that have done it,” he said.

“It is easy to do. There are sometimes misconceptions about how difficult the test is, how icky, the test is none of those things.”

“It is mailed to them around the time of their birthday. They’ll be able to take the test at home and simply put it in the post,” he said.

According to Cancer Council Victoria, survival rates for bowel cancer patients is 94 per cent if it is detected in the early stages and 48 per cent in later stages.

Almost as many Victorians die from bowel cancer as from breast and prostate cancer combined.