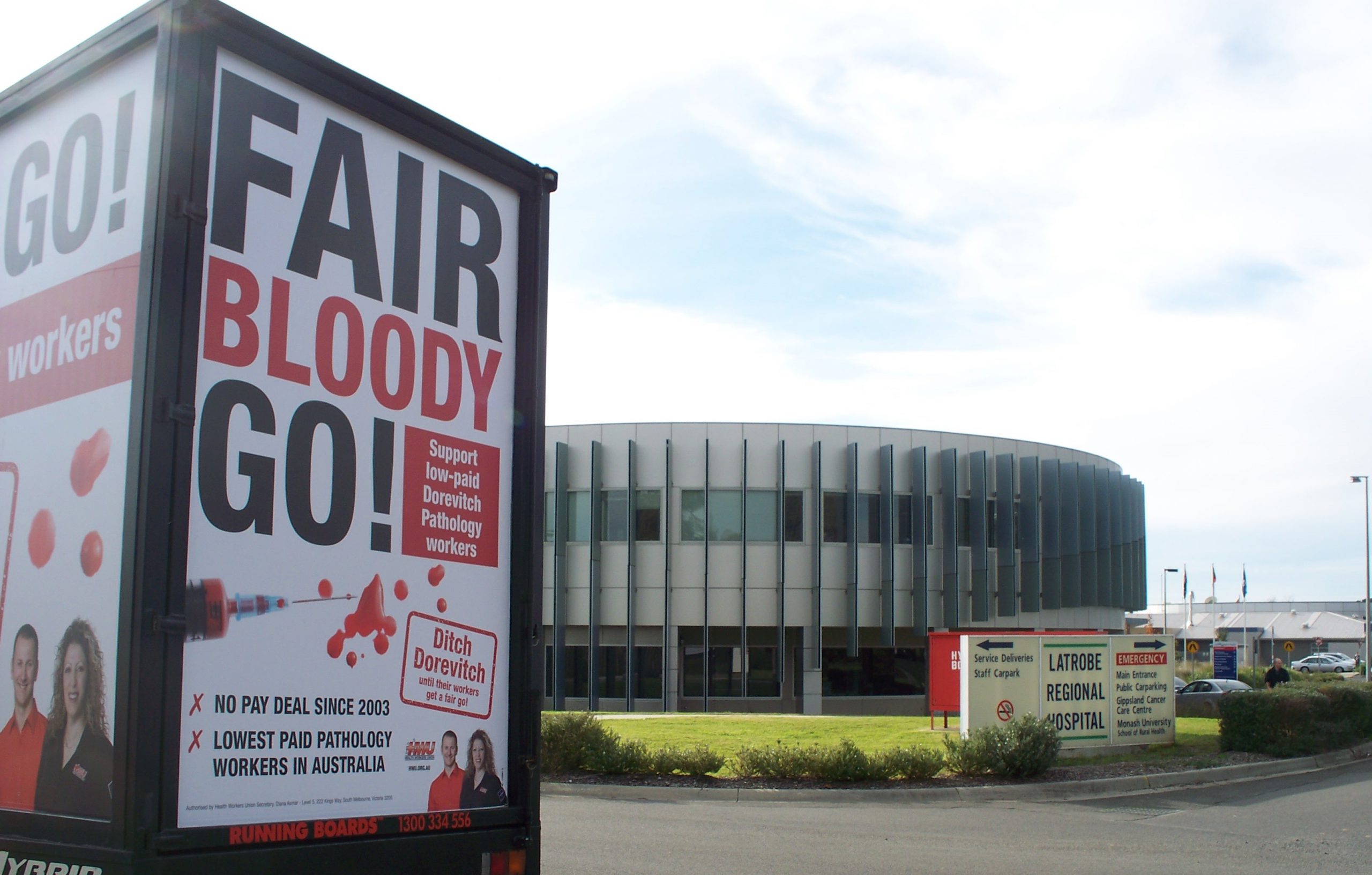 Workers at 20 Dorevitch Pathology sites across Gippsland will go on strike on Monday and a rally will be held in Traralgon as part of a long-running pay dispute.

The strike will include 11 Latrobe Valley sites including collection centres in Churchill, Moe, Morwell and Traralgon and Latrobe Regional Hospital.

A Dorevitch Pathology spokesperson said there would be no impact to services at hospitals and its laboratories would continue to process tests and work with GPs to deliver results as normal, however some collection centres may be closed on Monday.

The company is directing patients to check the status of their local collection centres at www.dorevitch.com.au on Monday for information on closures and the nearest alternative collection centre.

“Dorevitch remains committed to its GPs, patients and staff as we work through this matter. A number of contingencies have been implemented to limit the impact to patients and GPs,” the spokesperson said.

The HWU said workers had waited for more than a decade for a pay deal and there had been a year of negotiations in good faith by the union, with a “zero per cent pay offer on the table”.

“They take their work seriously and care deeply for their patients. The community respect them, but management do not.

“Right now, they are the lowest paid and unhappiest pathology workers in Australia by a country mile. Enough is enough.

“Dorevitch’s owner, Primary Health, has posted over $1.2 billion in profits since the last pay deal.

As part of the industrial action, more than 500 pathology workers are expected to go on strike across Victoria.