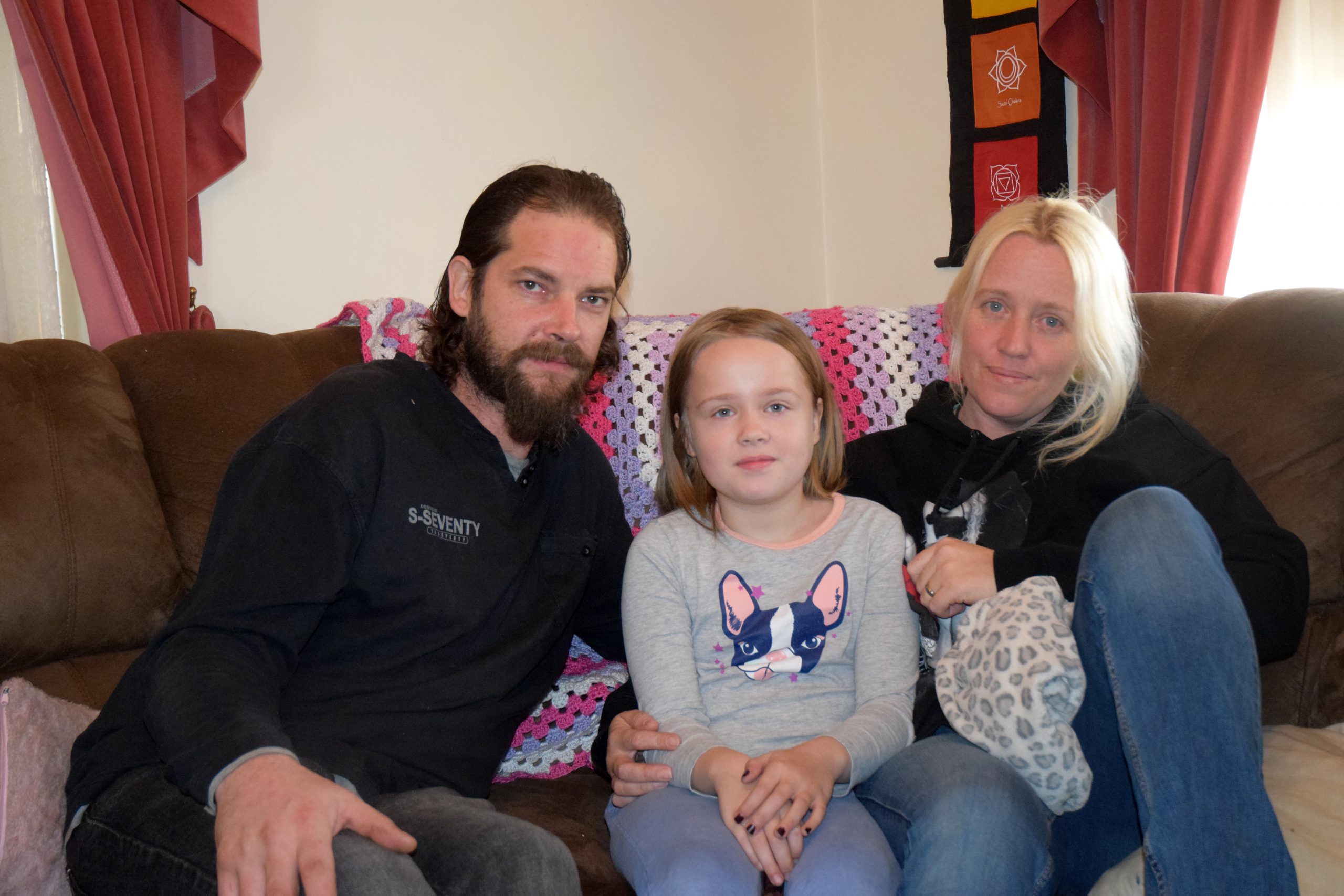 A local family is in desperate need of help to remove a tumour that has grown on their eight-year-old daughter’s neck.

Kelly Phillips said little Emily first complained of an itchy lump under her left ear one night in December and thought it was just a mosquito bite.

“The next morning it was slightly bigger and she was complaining that it was sore and itchy and within half an hour we watched it grow to a size of a golf ball,” Ms Phillips’ partner, Stephen Bover-Groen, said.

Ms Phillips said the lump was initially diagnosed as a viral infection but an ultrasound later revealed it was something more serious.

“[A doctor] said ‘you need to go back and see your doctor it’s bad’,” Ms Phillips said.

Further tests, including magnetic resonance imaging, and a biopsy showed that a tumour had grown in Emily’s neck.

Ms Phillips said results of the biopsy were inconclusive for cancer and that a blood test also tested negative for infectious disease.

“Since then it was constant trips between three hospital seeing specialists,” she said.

Mr Bover-Groen said they were initially relieved that Emily’s tumour had not grown after the biopsy but are now very concerned after it almost doubled in size and has now affected her facial nerve system.

“After the biopsy the tumour didn’t grow for two months so everyone thought they stunted it but in the last month it’s doubled in size and it has grown over not only in the main salivary gland but over the lymph node spreading into the main facial nerve system,” he said.

Ms Phillips said doctors refused to remove the tumour as there’s a risk that if the facial nerve was struck, Emily’s face would droop.

Emily was referred to a surgeon over in Sydney who specialises in ear, nose, throat, head and neck surgery.

But the costs are dear and for a family with seven kids it is a huge challenge.

Ms Phillips said doctors advised that the tumour must be removed immediately as it may turn to lymphoma, a major form of cancer in Australia.

Emily is now being home schooling as she can’t run around and risk injuring herself.

A webpage has been set up so people can help the family raise funds for Emily’s treatment in Sydney.

Ms Phillips said the surgery would cost thousands of dollar and that she and Emily would camp out in Sydney because they didn’t have the money or relatives in the area.

Those who wish to help raise funds for Emily can visit www.freewebstore.org/emily-wishing-well-campaign