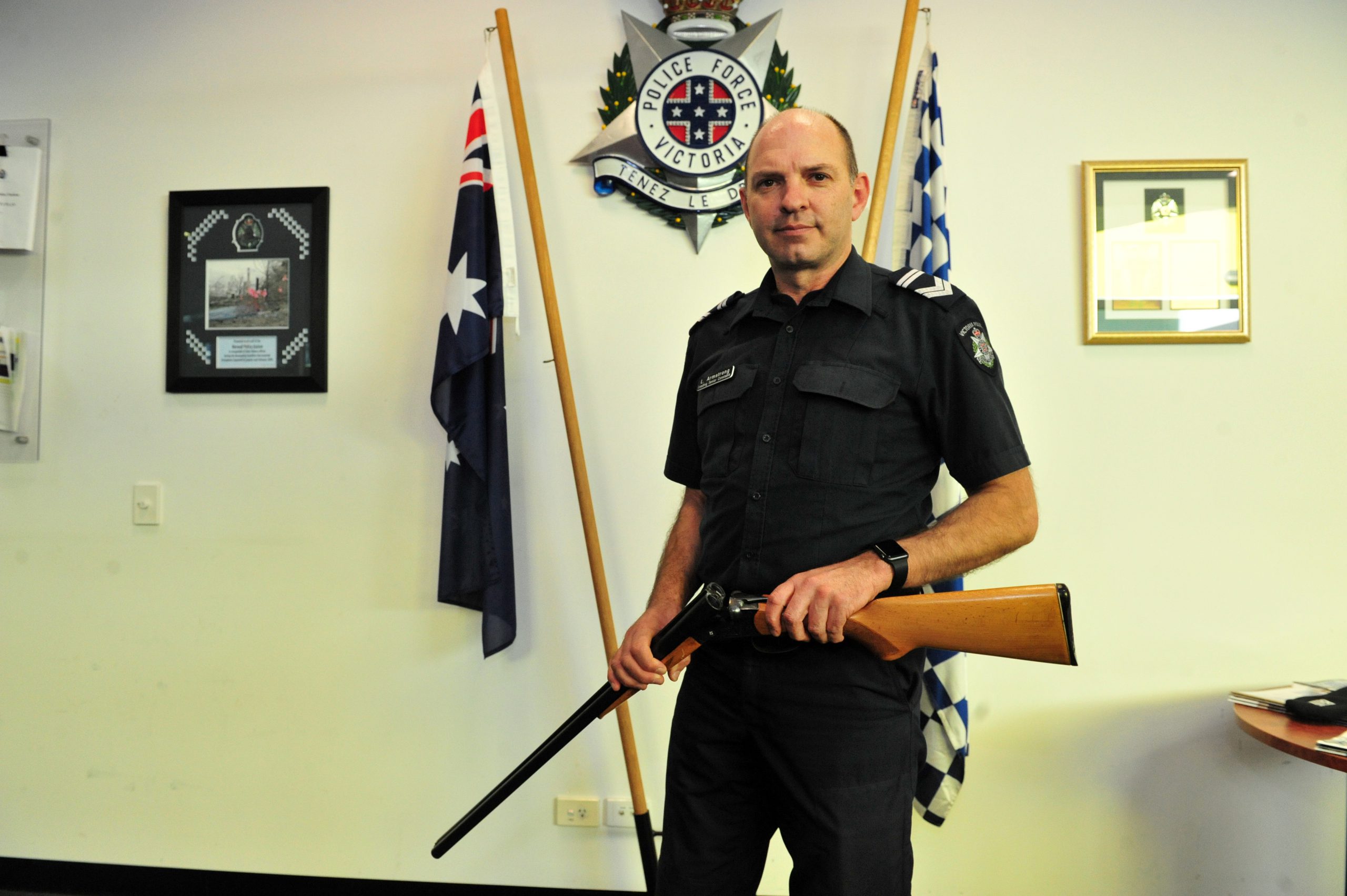 More than 80 firearms have been handed into police and licensed firearms dealers across Gippsland since a national gun amnesty was launched earlier this year.

Pistols, shotguns and several self-loading rifles have been surrendered across the division, which spans from Phillip Island to Foster and Traralgon to Warragul, since 1 June.

The gun amnesty is the federal government’s first since the 1996 Port Arthur massacre.

Divisional Firearms Officer Laurie Armstrong said it provided a safe and legal way to dispose of unwanted or unregistered firearms.

“Some of the firearms that went through to ballistics was stuff that wasn’t in their collection but unfortunately due to the rules of the amnesty, they had to be destroyed,” Ldg Snr Const Armstrong said.

“Most firearms have been disposed of via participating licensed firearms dealers but we’ve had a few dropped off at police stations across the division.”

The declared firearms have so far been transported to the Forensic Services Ballistics Unit at Melbourne where they will be recycled.

“The amnesty was a way to bring attention to a serious issue, people may not have understood previously about what they could do if they had an unregistered or unwanted firearm,” Ldg Snr Const Armstrong said.

“If the firearms are taken to a dealer and if they have value, they can be registered and transferred to a person who holds a firearms license.”

He also said firearms of historical significance may be sought after by local RSLs.

“If the firearm or weapon is something rather unusual, I would recommend people make contact with the RSL where it can be transferred to them,” Ldg Snr Const Armstrong said.

He encouraged people to “spread the word” and advise people likely to posses unwanted and unregistered firearms about the ongoing gun amnesty.

For more information, visit firearmsamnesty.ag.gov.au or phone Morwell Police Station on 5131 5072 or a local firearm dealer.

The amnesty finishes on Saturday, 30 September.