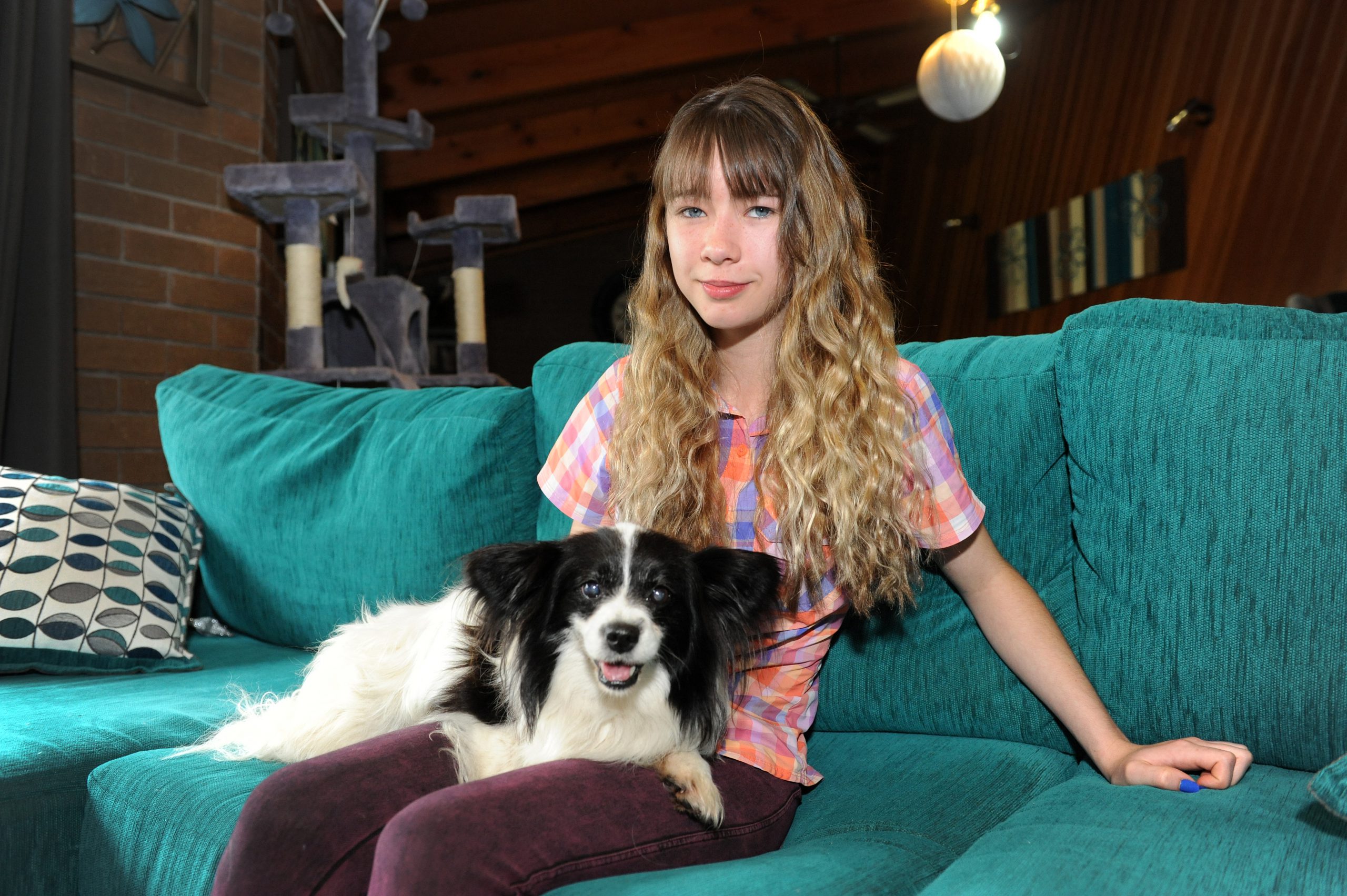 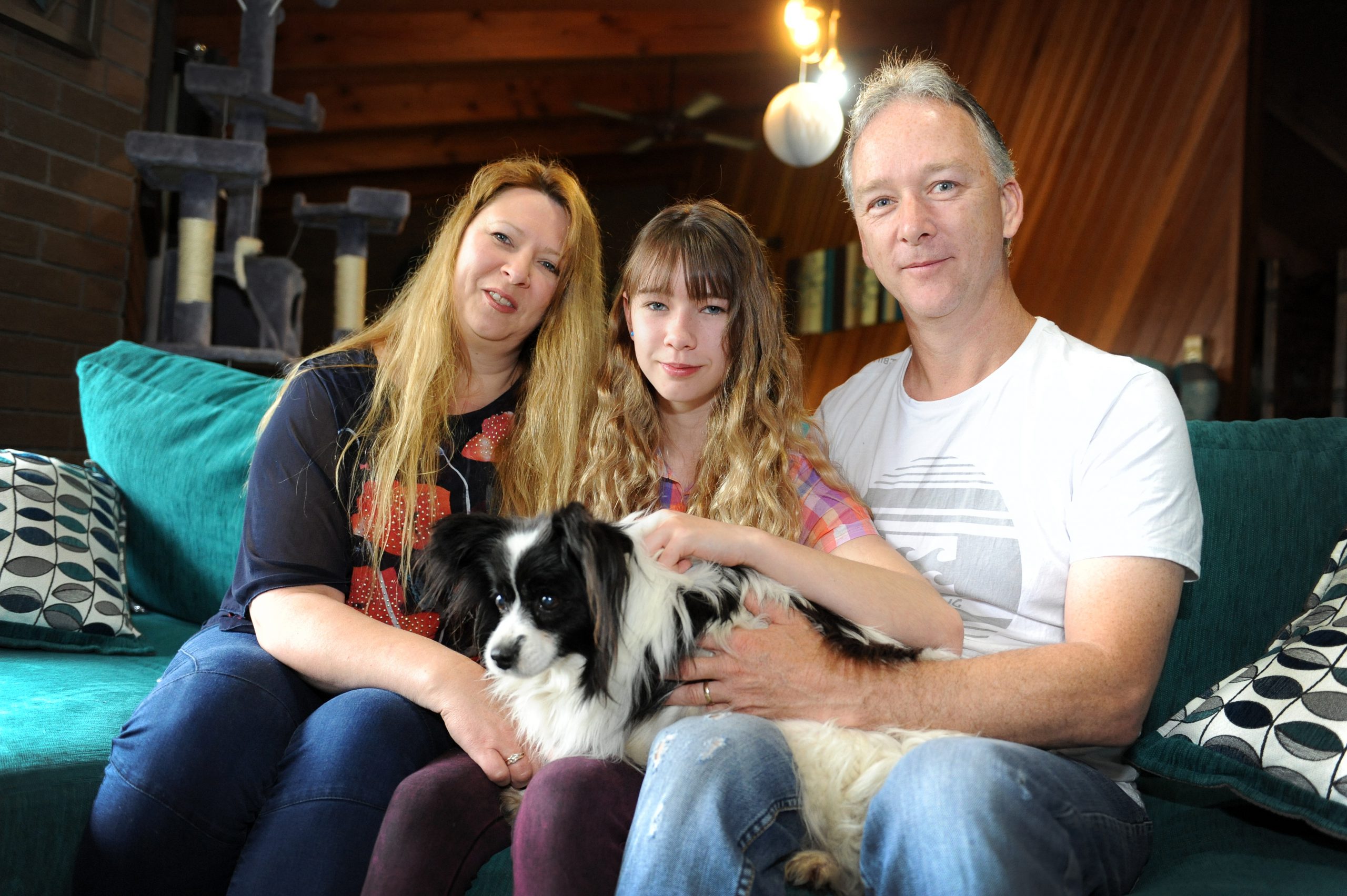 A video has revealed the heartfelt moment 13-year-old Jasmine Bodley-Williamson was reunited with her dog, 11-year-old Bonnie, after she escaped from the family’s Moe property on September 8.

For three weeks, the family searched high and low, around the streets, through paddocks and drains and issued pleas on social media and in The Express to help find the loveable pooch.

Jasmine, a Trafalgar High School student, said she thought Bonnie was “gone for good” after escaping from the rear of the family’s property through a missing fence paling while her parents were outside gardening.

To make matters worse, the loved family papillon was blinded after losing consciousness under anaesthetic following a caesarean about three years ago.

“I cried a lot, I just couldn’t stop crying … we thought she was gone forever,” Jasmine told The Express.

“We put posters up literally everywhere, we checked the local farms and houses around us but we had no luck.

“And when she was still lost and people came over to visit, I just wanted them to go away so we could keep on searching.”

Jasmine’s mother, Janine Bodley said she feared Bonnie might have been attacked by a fox or fallen down a storm water drain.

“Our spirits started to drop in the third week, the first two weeks were OK because we were just constantly searching, even at night time with torches,” Ms Bodley said.

But some three weeks after Bonnie disappeared, Ms Bodley received a message from a friend following a potential sighting of the placid dog.

“I got a text message from a friend of mine, Emma, saying ‘Janine, I’m sitting at the traffic lights on Narracan Drive and I’m 100 per cent sure it’s your dog in the back of the van’,” Ms Bodley said.

“So we called the pound but at that stage she hadn’t been processed so that was an anxious couple of hours … we waited and Brad went over and had a look and there she was.”

According to the Ms Bodley the dog was found only 500 metres from the family home.

Later that day, Jasmine returned home from school still very saddened by the disappearance of her “best friend”.

“That day I was crying because I really wanted to see Bonnie again and then a few minutes later mum told me to sit down and before long Bonnie came around the corner and I was like ‘oh my god’,” Jasmine said.

“We thought she was taken … because we thought if she got eaten by a fox we would’ve seen the carnage because it’s not like they eat teeth.

“There would’ve been nothing around for her to eat and when she pooed outside, we thought after a few hours we should probably go and check to see what she had been eating, it was just full of grass and seeds.”

Jasmine’s father, Brad Williamson, joked “she went vegan on us”.

While Bonnie is now home safe, the family has thanked the community for its support.

“I am so grateful for everyone who helped us, it’s so good that people actually care. We’re just so happy to have Bonnie home,” Jasmine said.