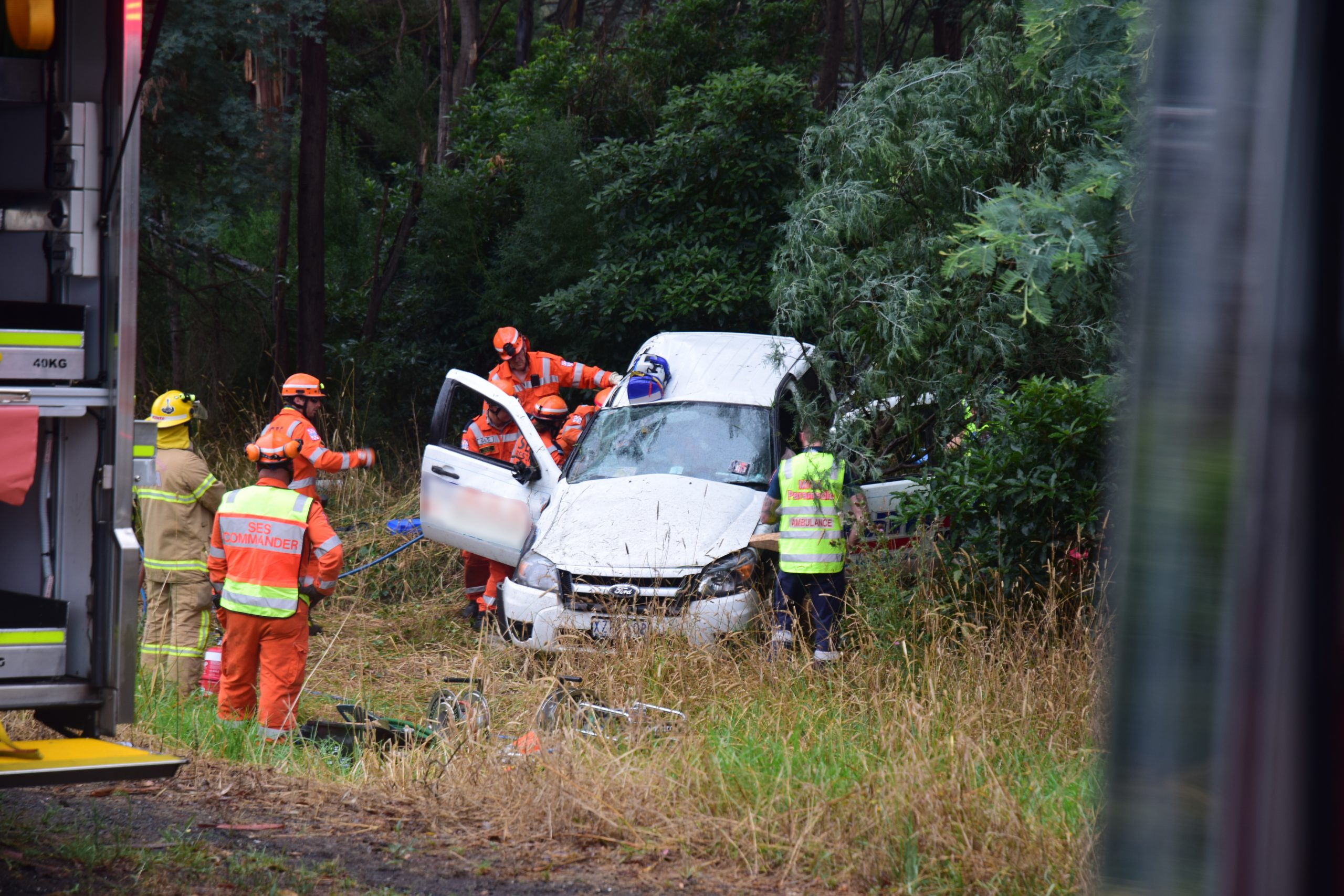 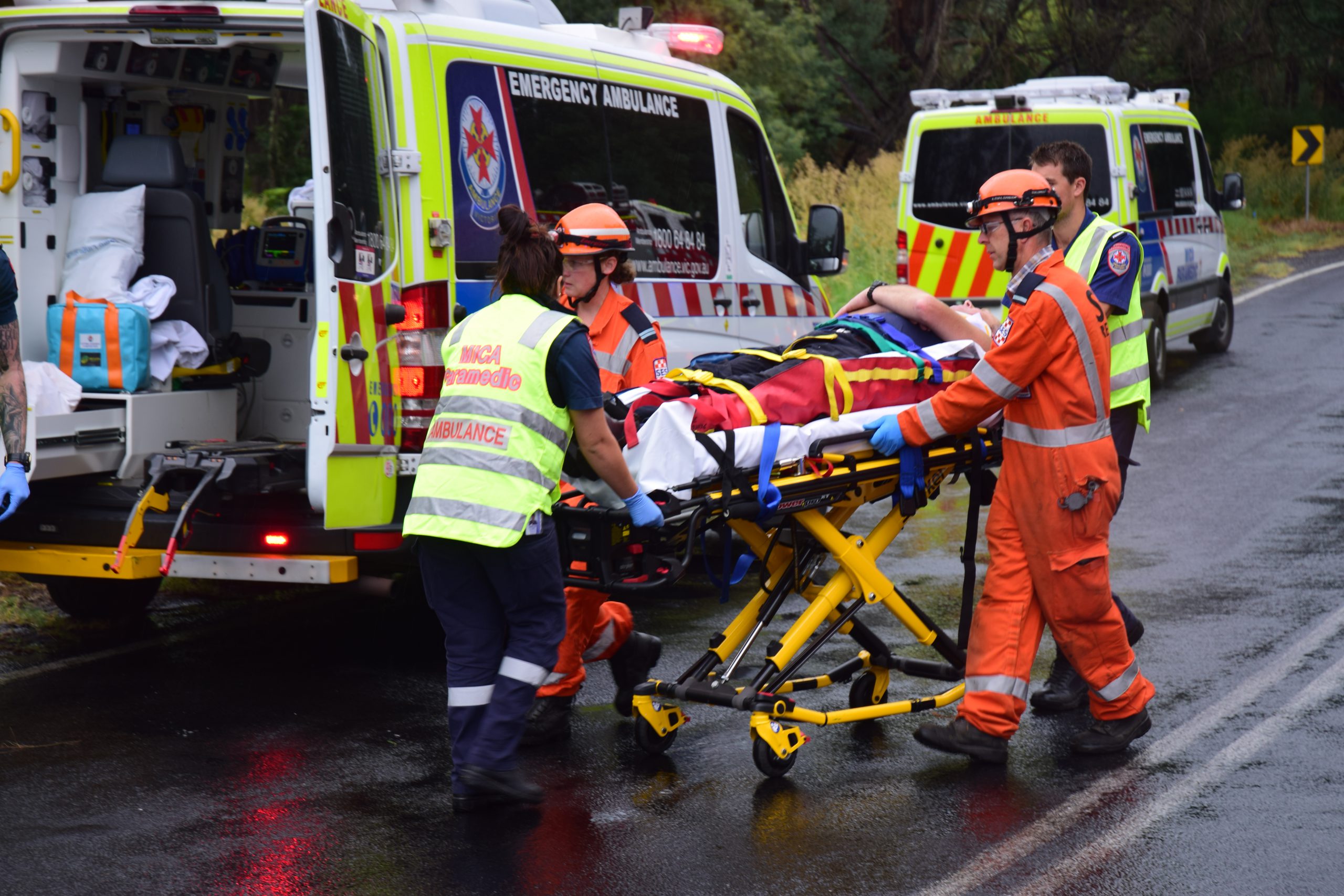 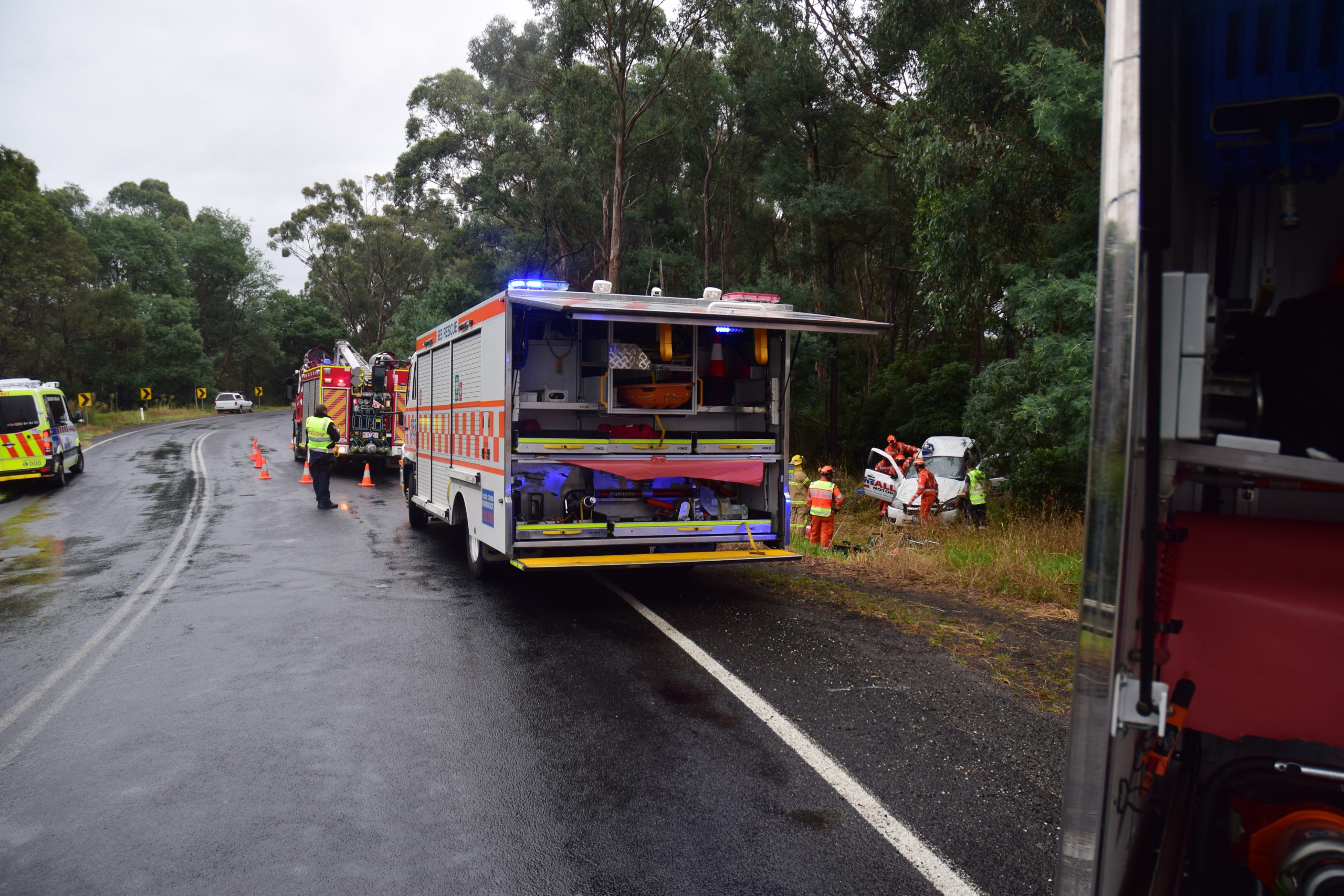 Two men and a woman have been taken to Latrobe Regional Hospital following three separate collisions on roads across the region today.

Police have attributed the incidents to poor road conditions and driver error as some parts of the Latrobe Valley have had more than 20 millimetres of rain in the past 24 hours.

The first incident occurred on Tyers Road at Traralgon just before 8am when a driver collided with a tree near the Latrobe River.

The Toongabbie man, aged in his 50s, was taken to Latrobe Regional Hospital in a non-life threatening condition.

Later in the morning, a 62-year-old woman was travelling towards Gormandale along the Hyland Highway when she lost control of her vehicle.

“She approached a bend and changed down gear, applied the brake and the rear end of the car slid away from the road,” Latrobe Highway Patrol Leading Senior Constable Bromley Llewellyn said.

“The woman tried to correct but essentially has over corrected and lost control and the vehicle before going backwards into a tree.”

Police said the airbags did not deploy.

The woman was taken to LRH with a cut below her left eye and laceration to her left hand.

“When you get heat one of the components in the bitumen starts to sweat and diesel starts to bleed out of the road.

“Then when you combine that with rain and a worn road surface along with other debris, it can get very slippery.”

The third incident was also on the Hyland Highway at Carrajung Lower, about 20 kilometres north of Yarram.

Police said a 55-year-old Yarram man was travelling to Traralgon when he lost control of his vehicle on the “greasy, poor-quality road” and collided with a tree.

The highway remained open at a reduced speed during the clean up, while the man was also taken to LRH for observation.

Yarram police said there had been more than a dozen accidents on that section of highway near Carrajung Lower Road in the last two years.

“We’re asking people to be mindful of the conditions and slow down to ensure road safety,” Senior Constable Llewellyn said.