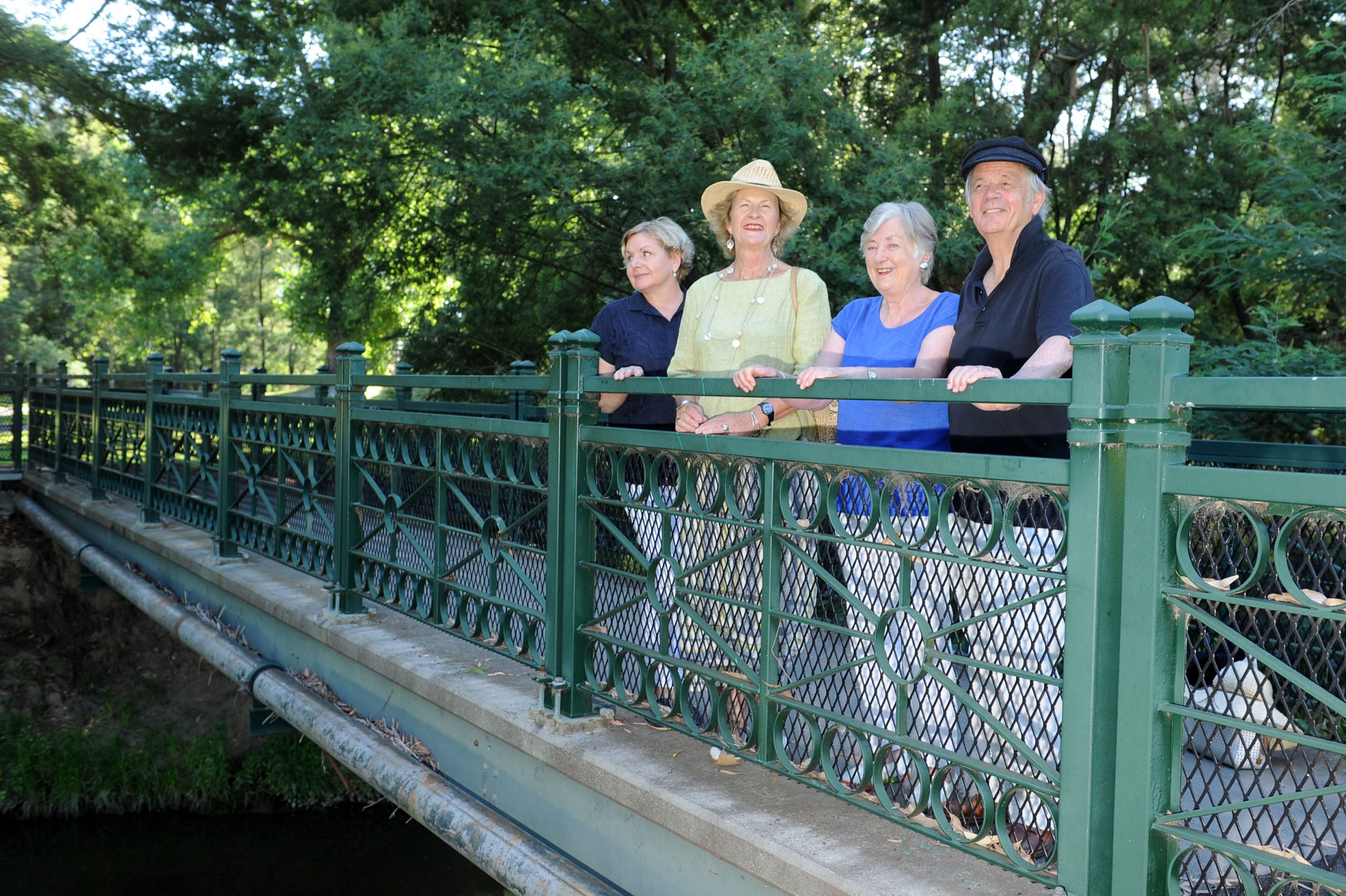 Mountain biking, eco retreats, water sports and beautiful botanic gardens are all part of a grand vision five community members have for the Hazelwood coal mine after it is decommissioned.

A spine of giant trees would extend across the Latrobe Valley from Yallourn Power Station to the Hazelwood coal mine to become a 6000-hectare tourist attraction incorporating the bodies of water left by the power companies.

The group behind the idea has called it the Great Latrobe Park.

Park strategist Nina Burke said the Latrobe Valley had been mining for the past 100 years, “let’s do something else for the next 100”.

“Right now, Engie and Yallourn want to simply fill as much as of the mine voids with water as they possibly can and walk away, because to their mind that will be safe, stable and sustainable,” Ms Burke said.

“What the Great Latrobe Park team is saying is, ‘it’s not enough’.”

The park would be so large the group is considering a railway system for its perimeter to allow visitors to stop off at the golf course, or perhaps the boardwalk for an 8am yoga class.

“He said the big trend in consumption is towards experiential spending, so people can’t afford a house, they can’t afford a car, but they are prepared to put money into an experience,” she said.

The Great Latrobe Park group is asking Engie to preserve its giant bucket wheel excavator for possible integration of the disused machinery into the landscape in the style of a former iron and steel rolling mill in Duisburg, Germany.

The German government purchased the property, now called Landschaftspark, and built bistros and shops within the impressive industrial structure, and gardens on coal bunkers.

Ms Burke said the German park was designed to heal an industrial past, rather than trying to reject it, and it was important to do the same for the thousands of people who migrated to the Valley and contributed to the region.

Derby, Tasmania was one of Ms Burke’s examples of an Australian success story.

“Its timber mill had closed down. It used to have 7000 people but it was down to about 170, so two adjacent shires got together … and applied for a grant and put $3 million up to build a mountain bike racing track,” Ms Burke said.

“They now make a $15 million income per year so it’s totally transformed the place,” she said.

The Great Latrobe Park team expect the park would create hundreds of jobs in its construction and operation, provide educational opportunities at Federation University and could sequester carbon.

The next step for the Great Latrobe Park team is engaging state and federal governments in their vision.