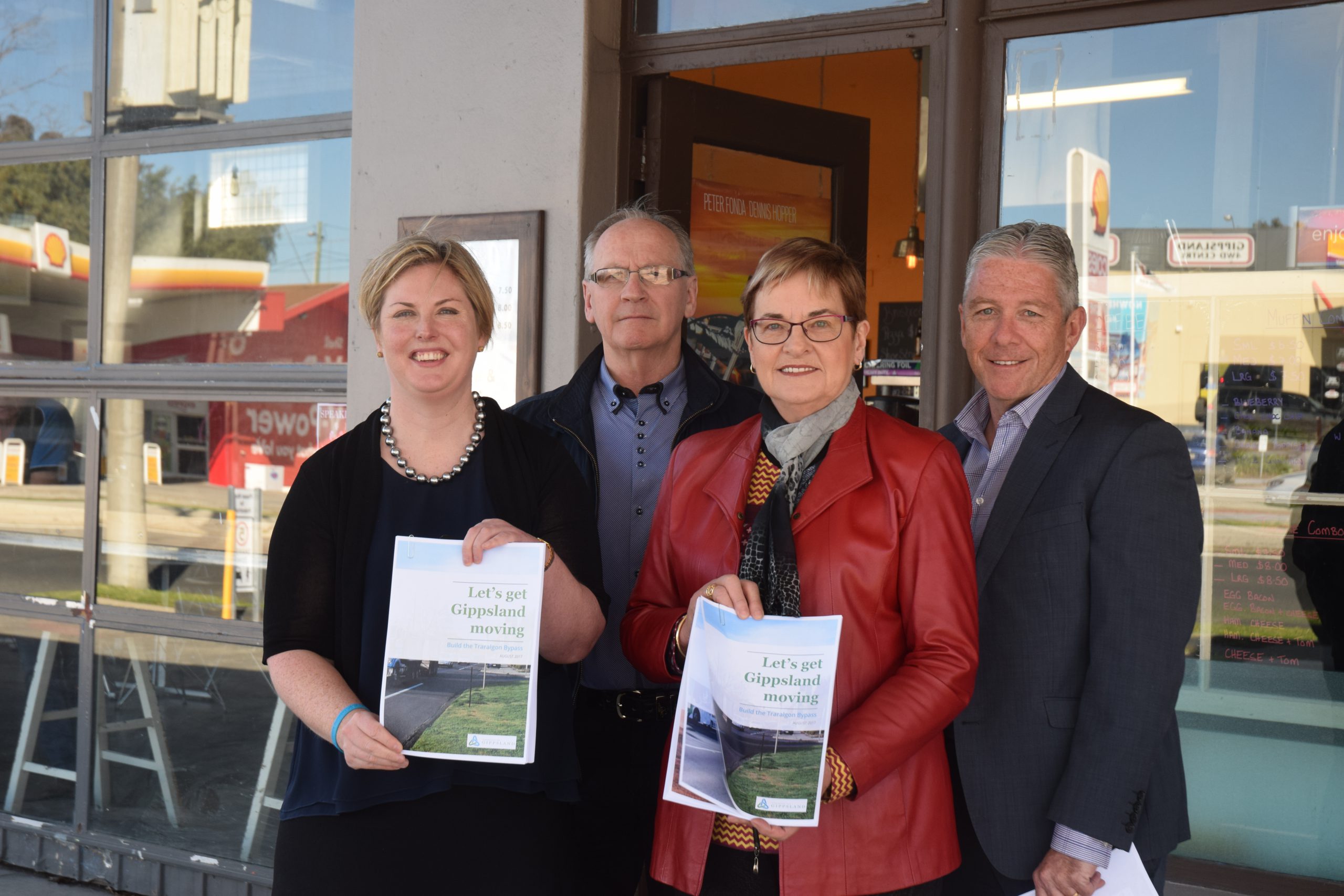 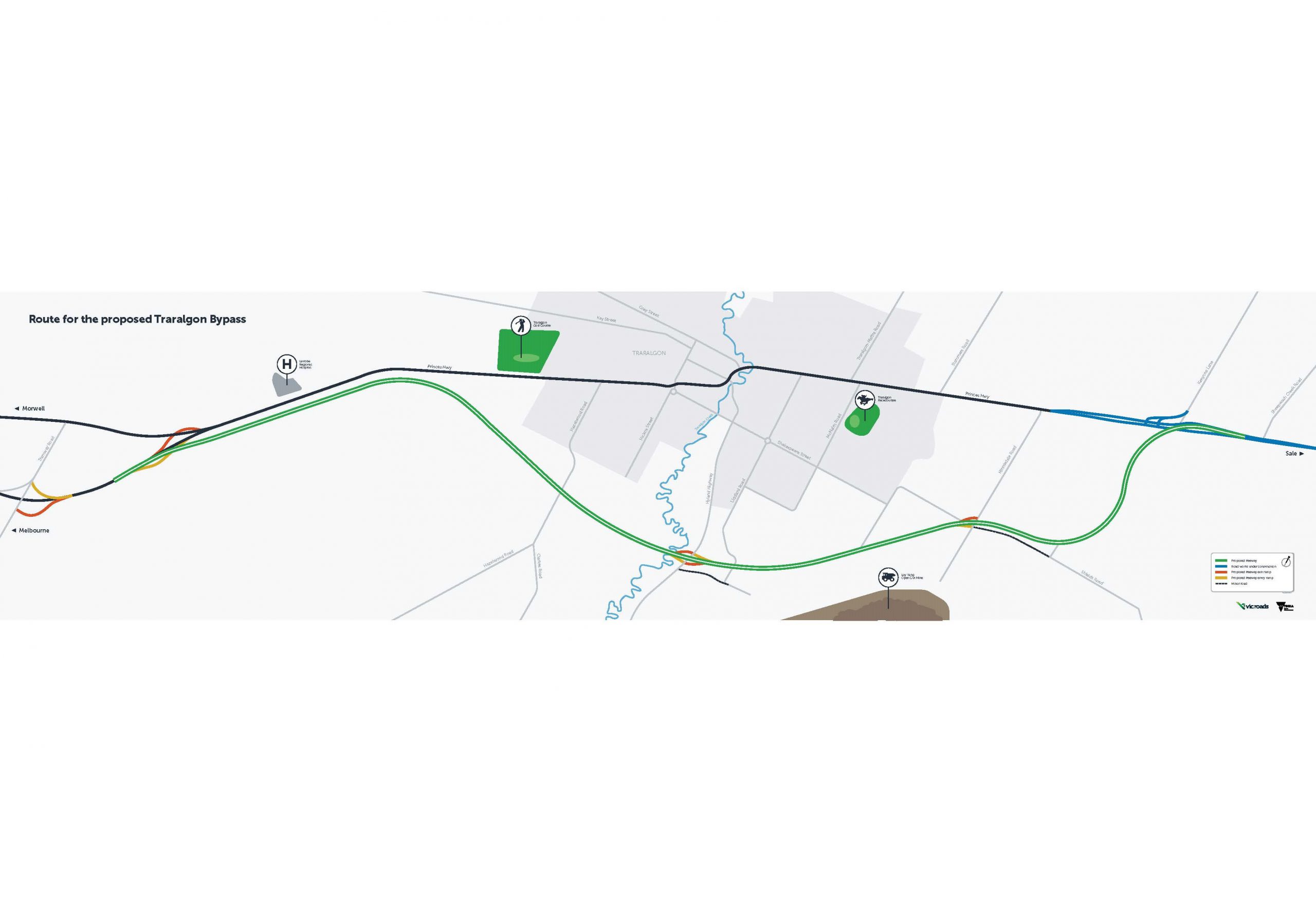 Latrobe City Council will tell VicRoads it will not support any Traralgon bypass that moves the selected route towards the Traralgon township.

Council has also indicated it does not prefer the route selected by the state government, W1C, as it could cut off land earmarked for future development and impede the growth of Traralgon.

The proposed route is located south of Traralgon and was selected in 2009 by for planning minister Justin Madden to avoid coal deposits.

VicRoads acting eastern region director Pas Monacella said the bypass route was selected and placed into the Latrobe Planning Scheme in 2009, after an extensive planning and consultation process.

“Making changes to the selected route at this stage would mean that the robust process previously undertaken would have to be repeated,” Mr Monacella said.

“This would come at a great financial cost, be time-consuming and cause considerable delays to the business case planning process that is already underway to progress the proposed development of the bypass.”

The concept of a bypass for Traralgon was reinvigorated last year following a Committee for Gippsland campaign, after which the state government committed $1.4 million to the development of a business case for the project.

VicRoads is conducting consultation as part of the development of the business case and requested council to provide feedback.

Councillor Graeme Middlemiss said the selected route, coupled with the planning minister’s “concern around moving the buffer of Loy Yang mine closer to Traralgon” could “effectively sterilise growth” in Traralgon.

This required council to seek the views of the minister for works happening within two kilometres of the mine.

Councillors at the time expressed fears the policy changes could jeopardise growth in the region, as state-wide provisions require consultation with the minister only within one kilometre of the mine.

“If this is adopted, we are opposed to the freeway sterilising the growth area,” Cr Middlemiss told the council meeting on Monday.

“We are making our position very clear.”

Committee for Gippsland chief executive Mary Aldred said the committee did not have a formal view on the route of the bypass.

“We said all along that the route needs to be determined by input from the local community, which is being accommodated at the moment through the business case,” she said.

“I think, of course, the way the route is determined is a very important part of the process, looking at a range of options and considerations from coal mines, traffic flow and other factors.

“While accommodating that, we need to maintain momentum … the next milestone after a route determination is construction, so we don’t want to stall on that progress.”

Ms Aldred said the question of the bypass route should not be an “either/or” approach in which coal was pitted against the development of Traralgon.

“That was 10 years ago. Things have obviously changed with population and one power station closing through that time,” she said.

“The information we base decisions on probably needs to be updated.”

A spokesperson for Planning Minister Richard Wynne said the route was chosen following “lots of research and planning carried out by VicRoads and Latrobe City Council.

“This planning follows on from significant work carried out by VicRoads in 2000s that included a preliminary road design for the bypass route, as well as flora, fauna, economic, land use and cultural heritage assessments,” they said.

“We will review all the feedback we receive from the community as part of the planning process and a business case will be developed and submitted to the Victorian Government for consideration.”