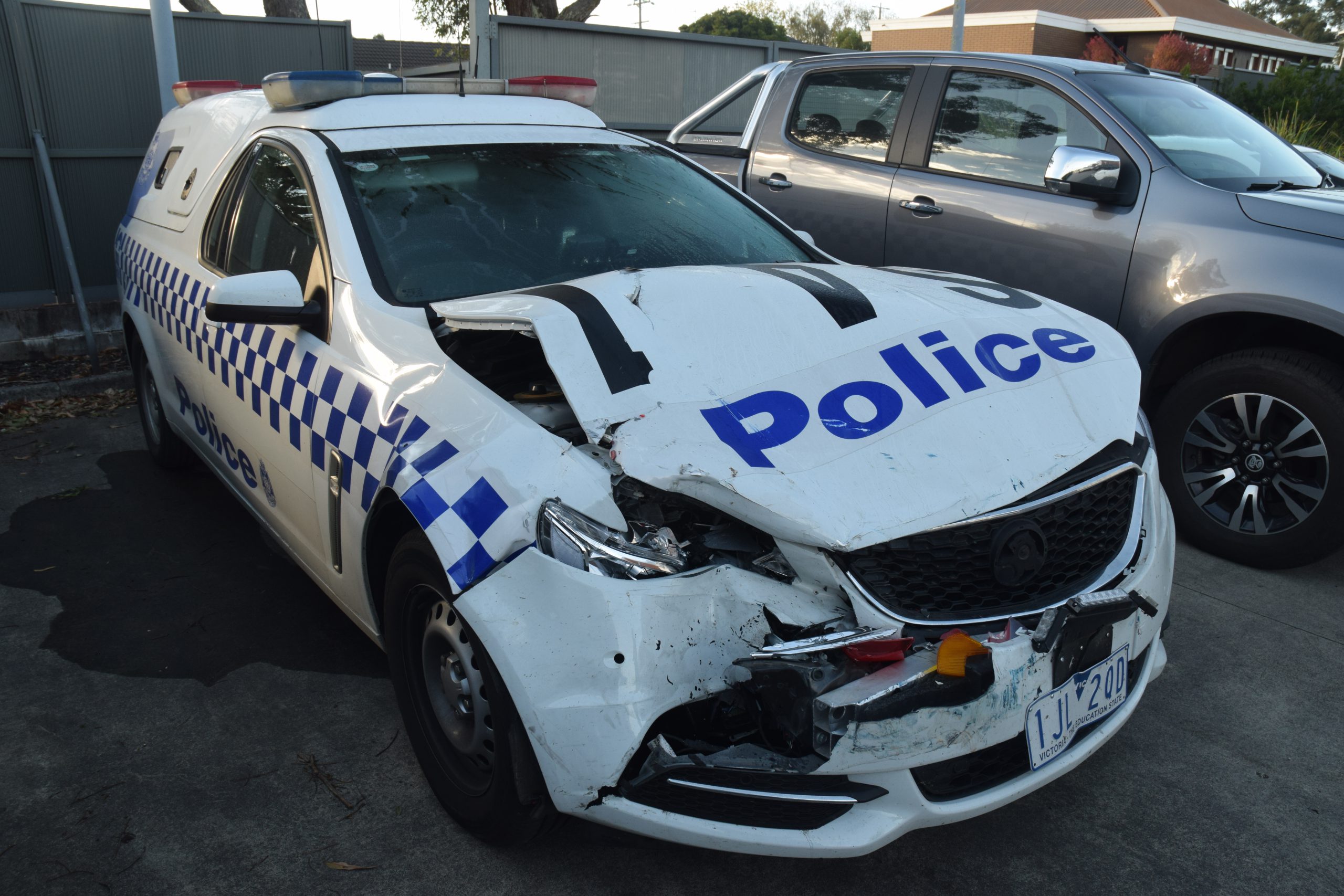 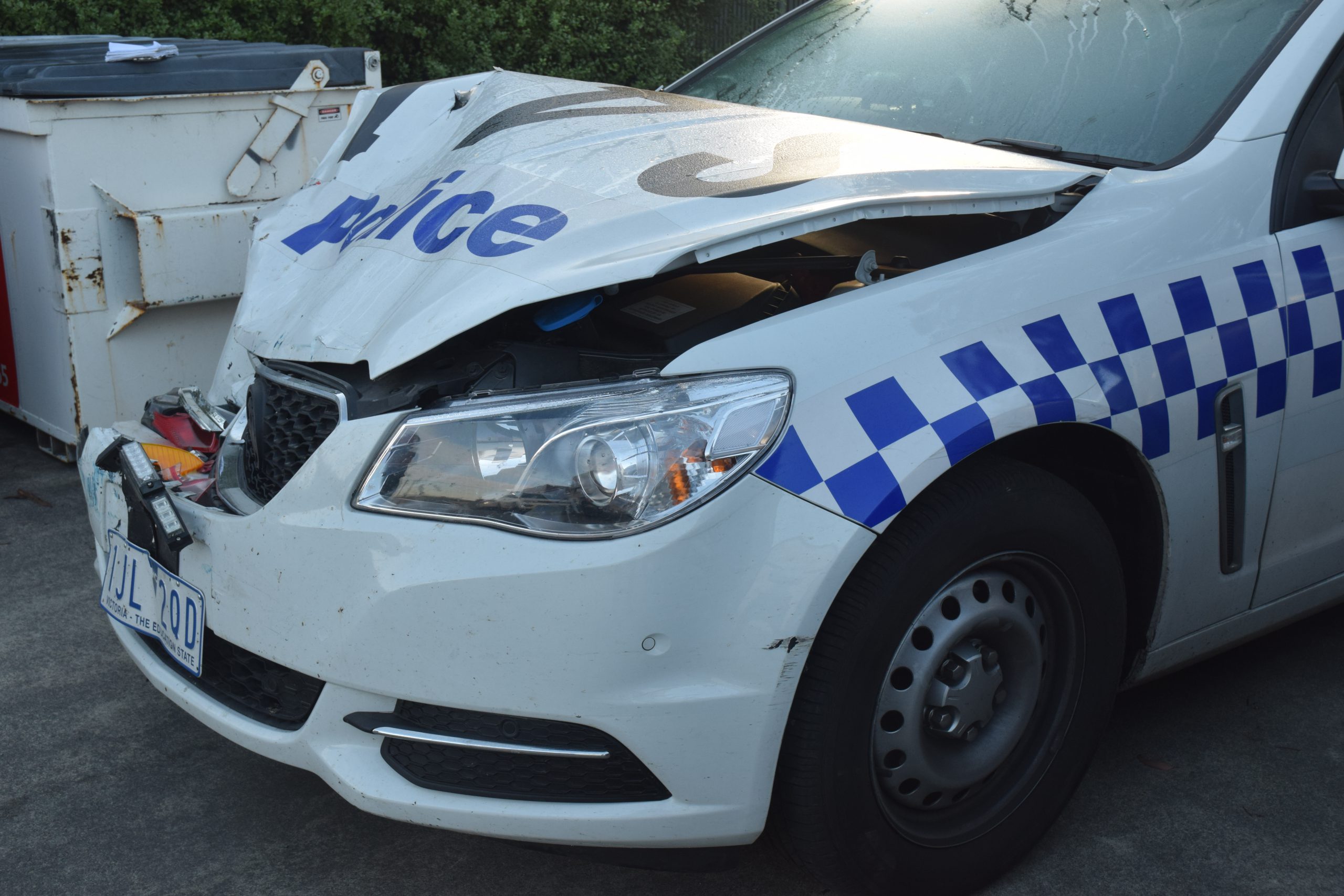 A man remains on the run after crashing his car into a police divisional van at Moe last night.

Police were attending to a callout to a residential address on Coalville Road about 7pm, Thursday when officers heard “a loud noise” outside the property.

Morwell Senior Sergeant Dave Watson said the members went outside to inspect the incident and found the van with extensive damage to the front of the vehicle.

“The members observed a man running from the scene,” Senior Sergeant Watson said.

“They gave chase before the man escaped after jumping over nearby fences.”

Police believe the car which collided with the divisional van, a blue Mitsubishi Lancer, was not stolen.

A description of the man was unable to be provided at the time of publication.