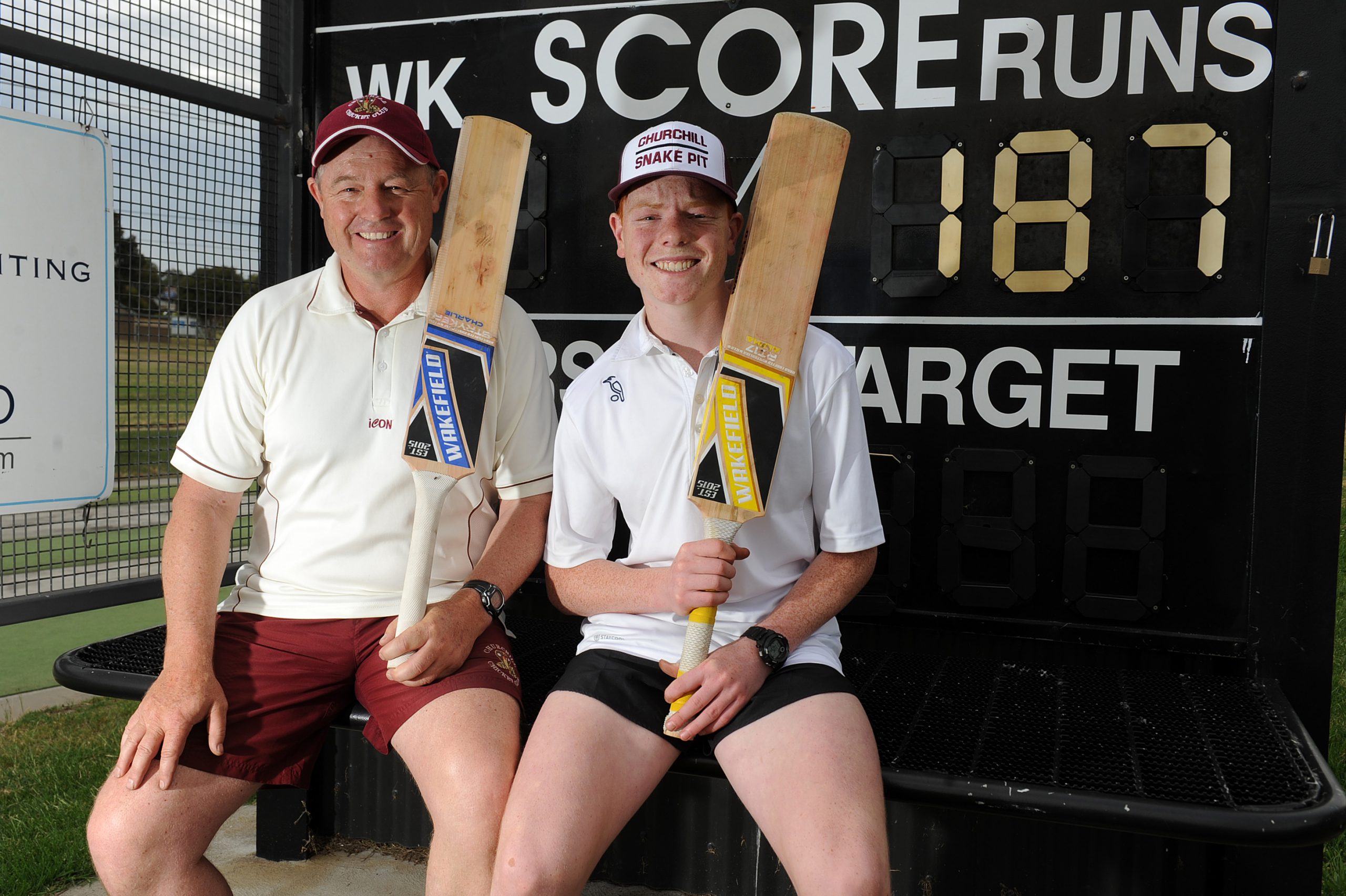 By Mike Answerth and Kate Withers

Churchill father and son Ken and Tim Hutchinson have added some extra special new weapons to their cricket kits this season.

Ken and Tim, who play in Churchill’s C-grade side, are playing with bats made from willow grown on their family farm.

Ken raises beef cattle on his 100-acre property at Yinnar and was given some willow cuttings two decades ago from a relative who grew English bat willow.

He planted the cuttings on his parents’ property at Yinnar South on the low-lying areas which seemed the best fit for the moisture-loving willows.

A bit of pruning was required in the early stages of growth but the rest was left to nature and the tree – about 500 millimetres in diameter – was cut down recently and sold to a cricket bat manufacturer.

“We planted them then on the family property in a watery area and we finally harvested the first one in March this year,” Ken said.

“We always wanted to do one [tree] and make bats with it. We started with 20 trees and we just picked the straightest and best looking to cut down first.”

Ken sold the wood to Warragul manufacturer Matthew Wakefield on the proviso he and Tim could have first pick of the finished products.

“[The manufacturer] is just starting out and we wanted to get the first tree down and just wanted one [bat] each and let him have the rest,” Ken said.

The Hutchinson family visited the manufacturer and selected their very own bats from the 28 that came from their tree and the quality of the end product speaks for itself.

Last Saturday the father-son duo joined for an unbroken partnership of 185 in Churchill’s C grade side.

Ken finished unbeaten on 103 and 16-year-old Tim was still standing on 62.

“I replaced my old Gray Nicolls with the Wakefield and it’s really well stickered front and back,” Ken said.

“We’re only C-graders so we’ve never spent a lot of money on bats so we picked what we thought were the best ones and we think we’ve got them.

“The middle of the bat and the way it pings off is great.”