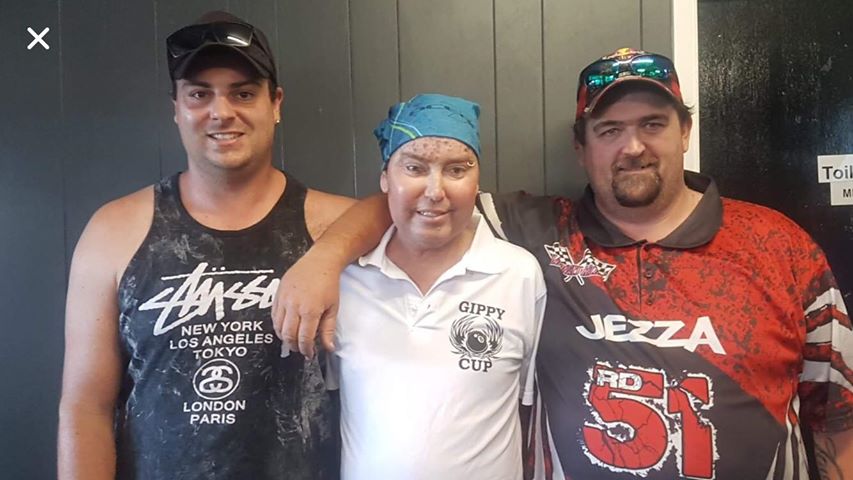 While doctors are predicting he only has a few months left to live, Leon Lett’s dreams will become a reality in his final days thanks to the efforts of his family and friends.

A bit of an eight-ball local legend, Leon has battled with leukaemia for more than five years and dreamt of taking his two children to Gumbuya World and on a hot air balloon ride over the Yarra Valley. Ongoing medical costs, his deteriorating health and other circumstances made it difficult to fulfil these dreams on his own.

Following a relapse earlier this year and doctors’ predictions that his time was rapidly coming to a close, Leon’s friends Ash Vogt, Chris Mayer and other family members decided to hold a fundraiser to raise the money for Leon to spend some special time with his children doing the things he dreamed of doing.

The singles knockout pool competition, held at the weekend at Turks Bar in Traralgon, raised about $2700 for the cause.

A GoFundme page for Leon has also raised almost $9000.

Mr Vogt, a good friend of Leon’s, said people’s generosity on the day and leading up to the fundraising event was “unreal”.

“People have really acknowledged how much of a great man he is and how bloody traumatic it is,” he said.

“We’re trying to make the last few days we’ve got with him, to make them as happy as we can.”

“It’s one of the biggest regional tournaments in the state,” Mr Vogt said.

“Just to see the relief on succeeding at such an successful event, you could see how much it brightened him up – for him, to have the last five years fighting leukaemia, for him to keep coming back and wanting to organise a pool tournament, that gave him a drive.

“[Leon] is a passionate, hard worker…. he wants to succeed to make everyone else happy. He would do anything for anybody.”

Mr Vogt thanked Turks Bar, Gumbuya World and other businesses that donated items for the raffle and prizes.