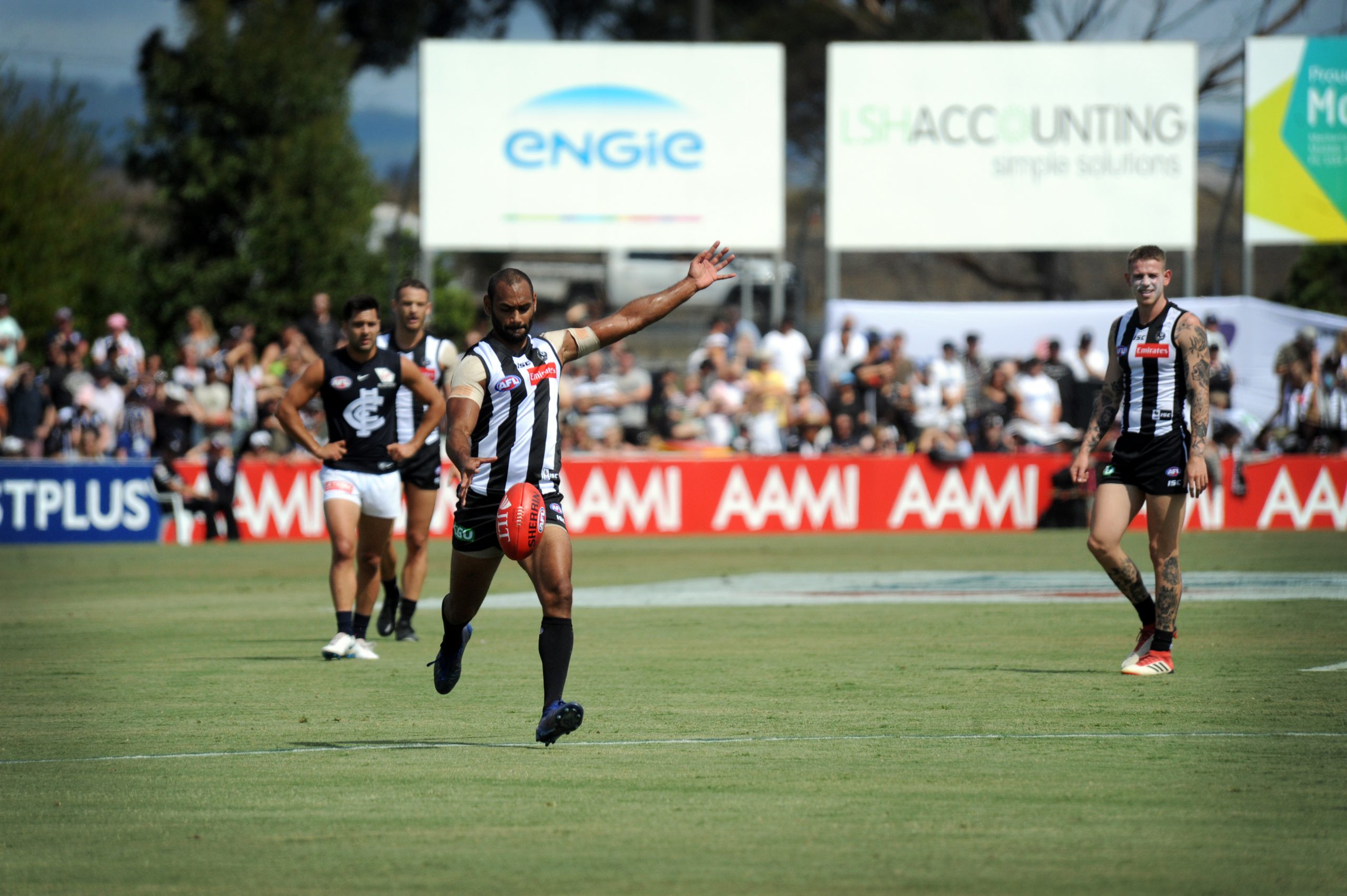 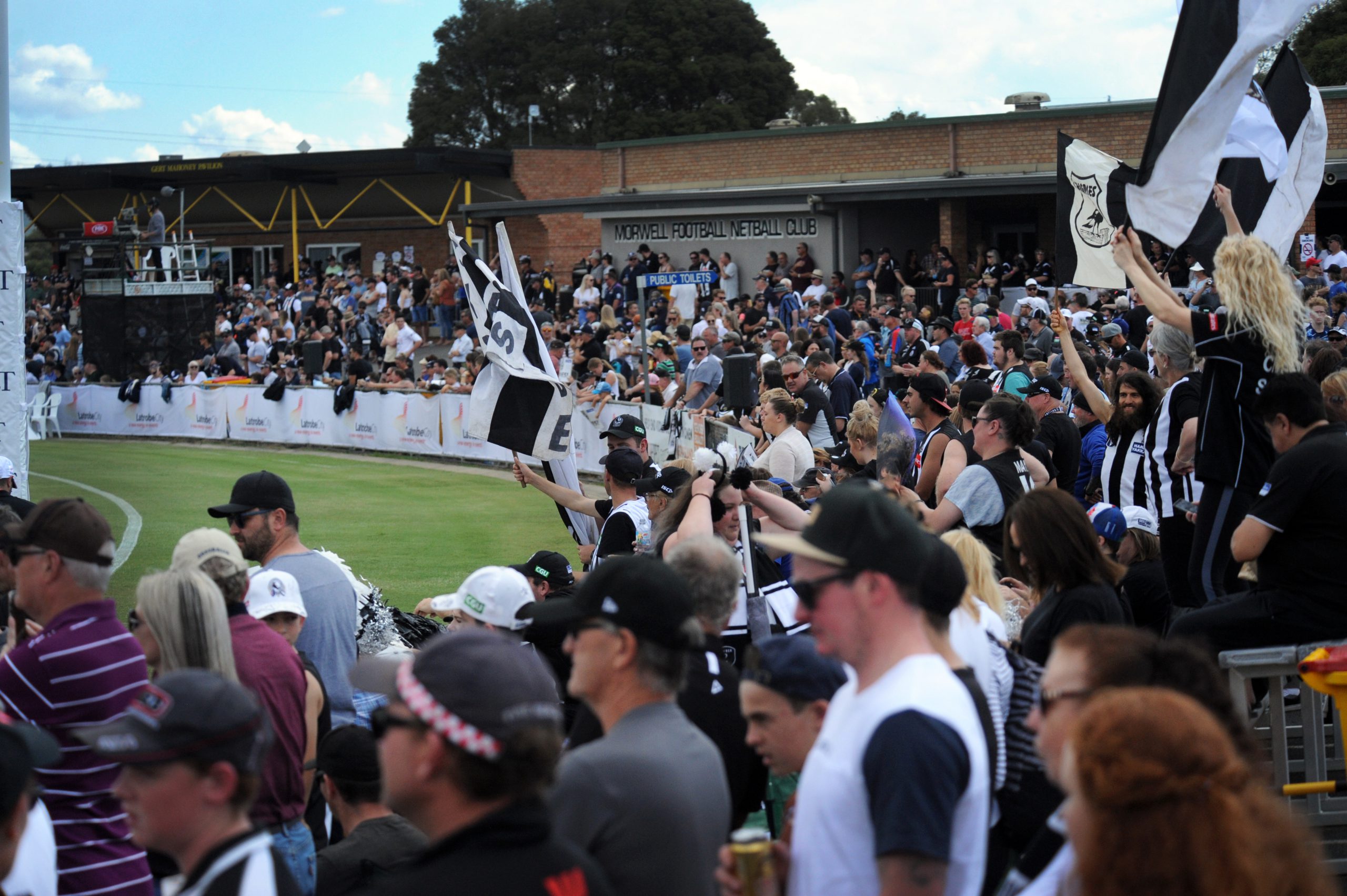 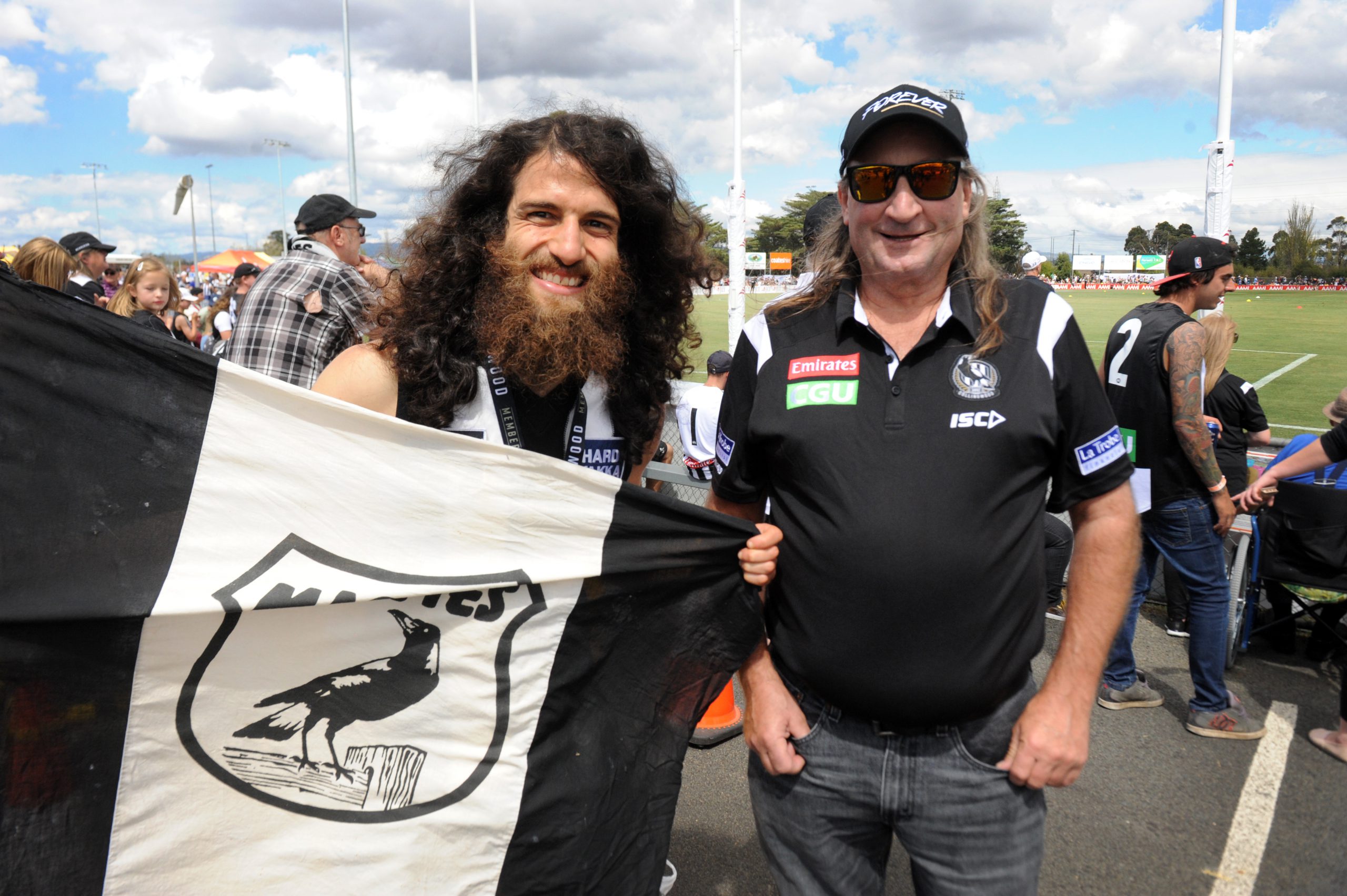 Collingwood fans will be itching for round one of the AFL season after their Magpies showed some first-class form on Monday, wrapping up their preseason with a thrilling four-point win over Carlton in Morwell.

More than 6000 people flooded through the gates at Morwell Recreation Reserve and witnessed the might of midfield quartet Steele Sidebottom, Adam Treloar, Dayne Beams and Scott Pendlebury for the first time.

All four were key in Collingwood’s fight to withstand a last-ditch comeback from the Blues who etched back a 21-point deficit at the last change to draw level in the last term.

Treloar, in his first outing this preseason, amassed 42 disposals, Sidebottom 31 and Beams and Pendlebury 26 each to get the Pies over the line, with vital assistance from returning Jamie Elliott (two goals) and Josh Thomas (three goals).

At the other end, Jack Crisp (33 disposals and 12 marks) and Darcy Moore were key and mopped up in defence.

For Carlton, superstar Patrick Cripps was reliable (23 disposals and two goals) while Harry McKay stood tall up forward and finished with three goals.

“It was quite a tight ground and not a lot of width, so it would have looked scrappy and in close for a lot of it, which is a pretty good tune-up,” Collingwood coach Nathan Buckley said after the game.

“The ball was travelling up and down the field and in transition quite a lot, and the running figures on GPS are pretty high I reckon in the first half.

“We got through today, which was a positive, with a few bumps and bruises because that’s what you’re going to get through the home and away [season].”

Buckley said Jaidyn Stephenson, who missed Monday with groin tightness, was “right to go” for round one, as is Jordan De Goey.

Collingwood will get their season 2019 underway against Geelong in round one at the MCG next Friday night while Carlton will take on Richmond in the season-opener next Thursday night at the MCG.