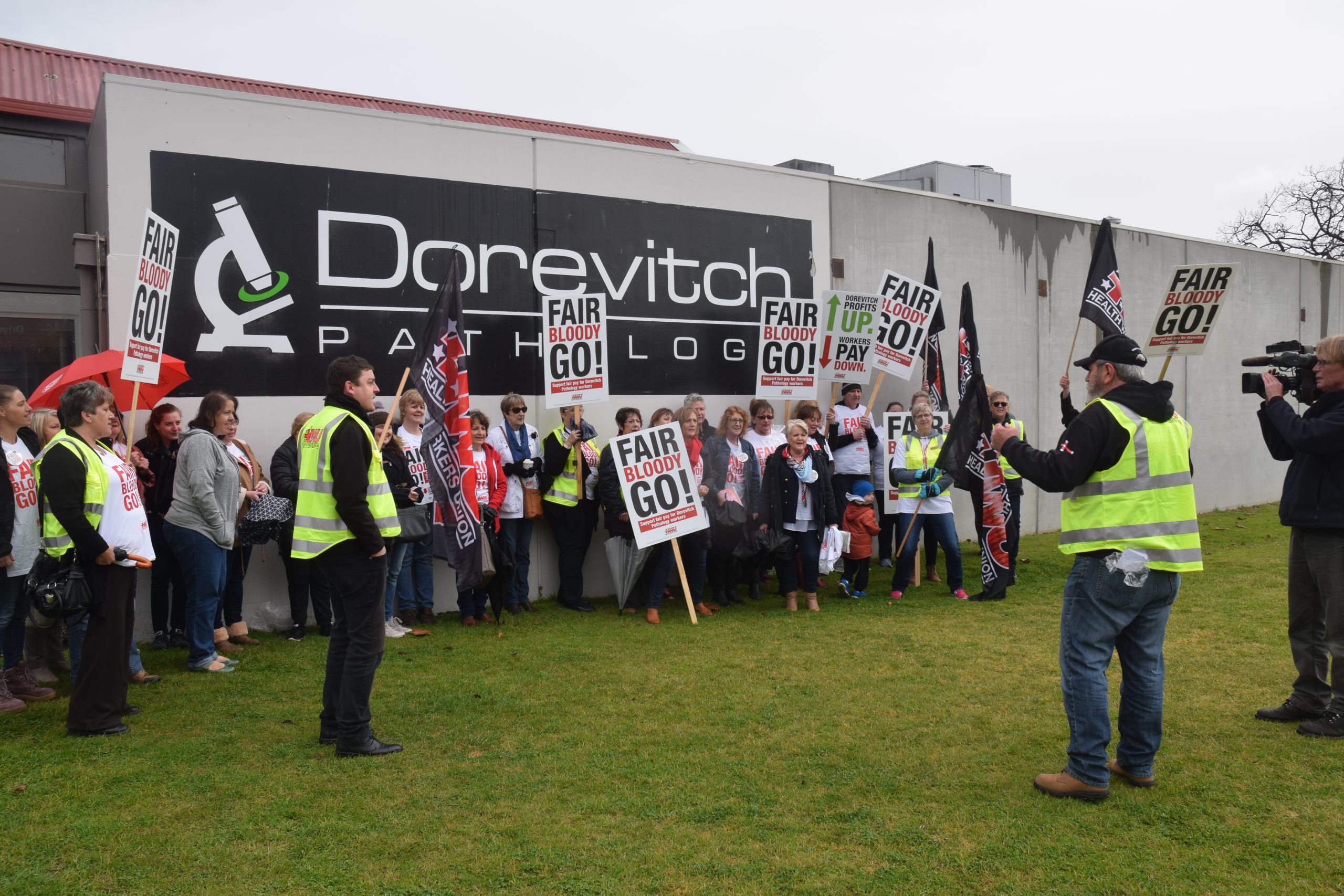 Pathology results for critical illnesses such as cancers could take up to two weeks under a proposal by a private company contracted to look after testing for the region’s medical centres to send samples to Melbourne.

The current wait time for blood test results is one to two days.

Under the plan, all non-urgent tests would be sent to a Heidelberg laboratory in a move which has been slammed by the company’s staff and the Medical Scientists Association of Victoria.

The company behind the move, Dorevitch Pathology, yesterday refused to comment on the matter despite a long list of concerns raised by the union and company employees.

A Dorevitch Pathology impact statement circulated to workers and obtained by The Express said there was “no proposed change to staffing levels” at the company’s sites across the state, including the Traralgon laboratory at Latrobe Regional Hospital.

However, some Dorevitch staff are not convinced.

A medical scientist at the company based in the Traralgon laboratory, who requested to remain anonymous, estimated between 60 and 70 per cent of tests at Traralgon would be transferred to Heidelberg under Dorevitch’s plan.

However, all urgent jobs requested by the hospital and local doctors are expected to be done at Traralgon.

The scientist believes this could lead to “significant job loss” at the Traralgon facility and put pressure on the already-overloaded Heidelberg laboratory, which could result in slower services for patients in Gippsland.

Patients had been forced to wait up to two weeks for results of blood iron testing after the Traralgon lab was recently forced to redirect samples to Heidelberg following issues with equipment at Traralgon, the scientist said.

“It is really worrying. We diagnose cancer with a blood test … and patients often start treatment very quickly,” they said.

“With a delay in blood testing of up to two weeks, for a patient with an aggressive form of cancer, this could be the difference between life and death.”

The scientist estimated outpatients would be forced to wait on average between seven to 10 days for test results under Dorevitch’s new plan.

The current wait time for a blood test is one to two days.

Another Dorevitch employee at Traralgon who also wished to remain anonymous said staff were notified of the company’s plan to move non-urgent testing to Heidelberg by the union, not by the company itself.

“There’s nil communication with our workplace, it’s always been like that. It’s annoying because we’re meant to be doing our job and we have no communication between senior management and staff,” the employee said.

Dorevitch’s impact statement proposed the transfer of non-urgent samples to Heidelberg would begin in a “phased approach” on March 23, however, union officials do not believe the transition has started.

Medical Scientists Association of Victoria secretary Paul Elliot said Dorevitch’s plan was “about saving money” and “not about improving quality” of service for the Latrobe Valley.

He said general practitioners would not “risk that patient” if test results were delayed, and would instead refer patients to Latrobe Regional Hospital, which would clog up “an already very busy hospital”.

“In my view it’s completely unacceptable because what we’re talking about here is a public health service, so although it’s operated under contract, it’s still Latrobe Regional Hospital’s pathology service,” Mr Elliot said.

“Part of the responsibility for the hospital is to ensure that hospital service is provided to the community.”

“We expect the pathology services covered by the current contract to be delivered to the highest standard, while those negotiations continue,” he said.

“It is Dorevitch’s responsibility to ensure it has adequate resources to fulfil the terms of the contract with LRH.”