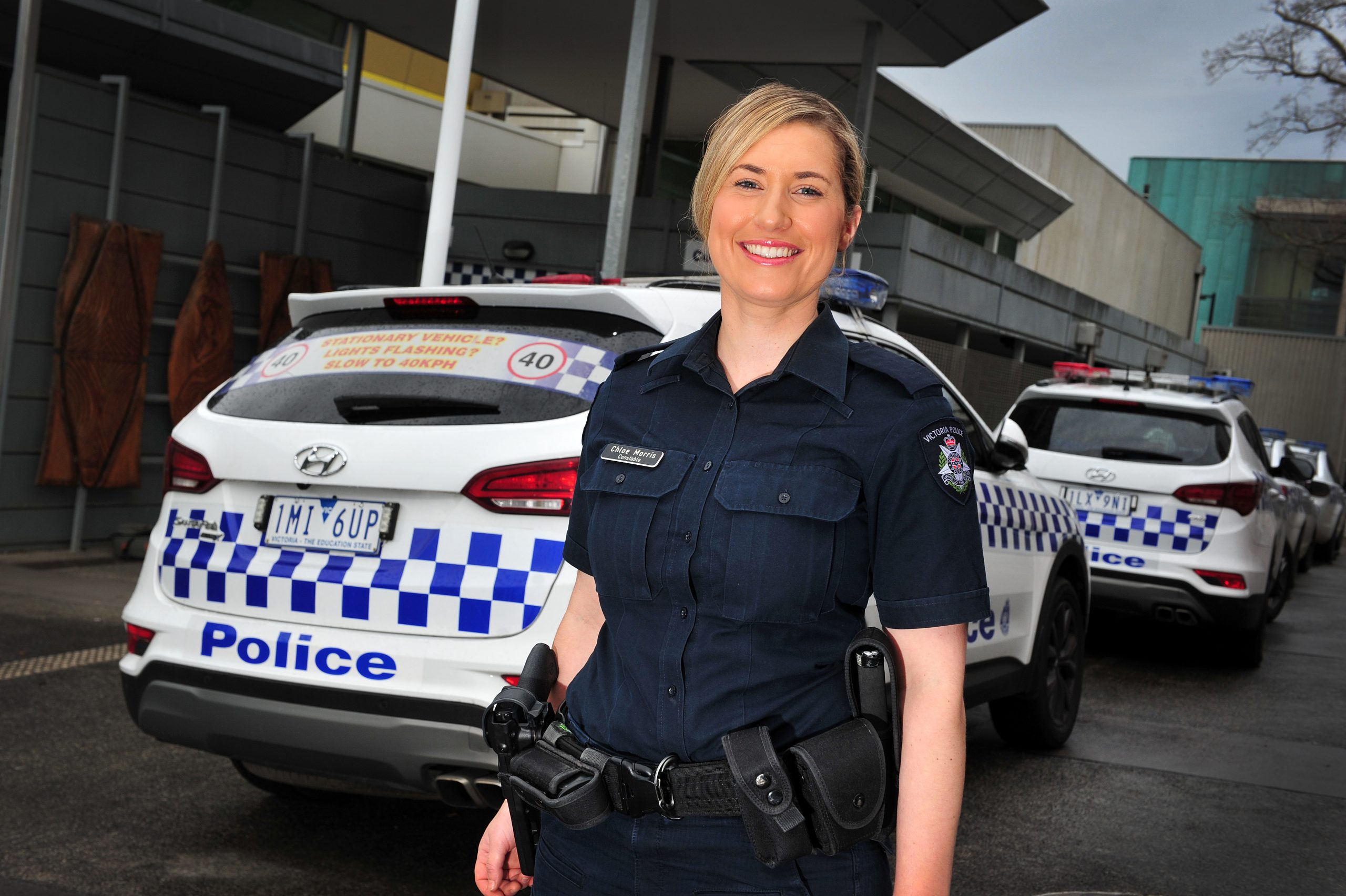 From working the watch house to patrolling the streets of Morwell, Constable Chloe Morris is rapt with her new career pathway.

For more than a decade the 32-year-old worked in hospitality, but an urge to help the community and do something new is what sparked her to join Victoria Police.

At the age of 21 she knew the job was beckoning her, but it would be another 10 years before she would join the academy to take on the job she now loves.

“I wanted to be out and about helping people. With this job, there’s such a variety of work to do, you’re never bored and it’s always challenging,” Constable Morris said.

“It’s very similar in some respects to hospitality with the clientele we work with obviously because a police officer deals with people who are alcohol or drug-affected, the same as my old job because sometimes those kinds of people would come in.”

Morwell Acting Senior Sergeant Jason Dastey said recruitment was about life experience and what people could bring to the force.

Constable Morris’ addition to Morwell police station comes on the eve of a widespread campaign launch by Victoria Police to attract new members to the force.

“We’re looking for people like Chloe who have worked in hospitality and had dealings with difficult situations or people who have worked overseas and extensively travelled and dealt with different cultures,” Acting Senior Sergeant Dastey said.

New recruits to the force undergo training at the academy, receiving a training wage along the way, before being posted to an area such as the Latrobe Valley.

“Not many people realise the opportunity the Latrobe Valley gives for a police officer. For instance, in Morwell we have a lot of units and it’s really good for career building,” Constable Morris said.

“We’ve got crime investigation, we’ve got the drug tasking unit, our family violence unit, we’ve got the proactive unit as well as crime scene services so it’s quite extensive and a lot different to a smaller station.

“Long-term at this stage I want to continue with my general duties and divisional van work and once I’ve gained that experience I hope to specialise as a crime scene officer.”

The Victoria Police campaign aims to employ 3000 new members to the force, including protective service officers and police custody officers, by 2020.

“The diversity is massive. For instance, in my squad we had people ranging from 19 to 45 and two of the women, one was a manager and the other was a wedding caterer. We also had kids straight out of uni,” Constable Morris said.

“It’s a great job to do, you’re well supported and you get to spend time with your community.”

A recruitment information session will be held at the Morwell RSL on Wednesday, August 7 from 6pm to 8pm.

Registrations are essential and can be done by visiting police.vic.gov.au/police-officers-information-sessions to register.