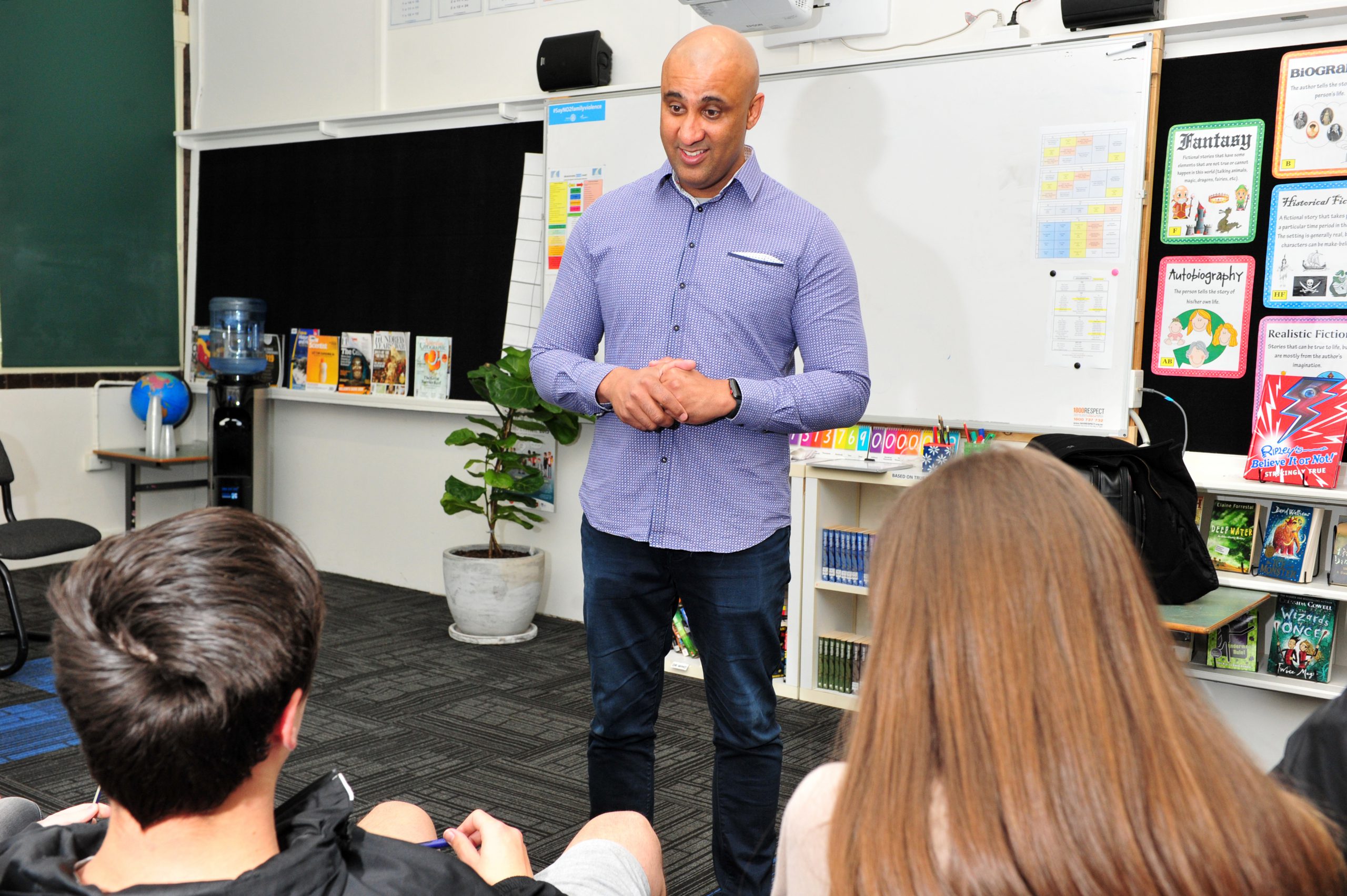 TWENTY-EIGHT years ago Glen Gerreyn was one of Queensland’s fastest sprinters and was determined that he would one day compete at the Olympics – until he was diagnosed with an incurable disease.

He was 17 when doctors found that he had ulcerative colitis, a bowel disease that causes inflammation in the digestive tract.

For five years, Mr Gerreyn, now an accomplished motivational speaker, locked himself up in his bedroom “feeling sorry for myself” until he read the book Long Walk to Freedom, the autobiography of African leader Nelson Mandela.

He was then 22 years old, weighing 55 kilos, taking 16 tablets a day and living with borderline depression.

Like Mandela Mr Gerreyn felt he was in prison, not a physical one but an “emotional one”.

“After five years [of isolation] I started to dream again,” he said as he spoke to students at Flexible Learning Option in Morwell on Wednesday.

Mr Gerreyn shared how he started to build a youth centre with only $2 in his pocket that was leftover from his disability allowance.

He said he approached the owner of an abandoned warehouse to give the facility to him for free which the owner agreed to lend him for six months. He sent 114 letters asking business owners to sponsor a dance party that he was organising for young people in his area and every one came back with a “no” reply.

However, what was expected to be bungled plan became a catalyst for Mr Gerreyn’s dream to come true. He was expecting a crowd of 250 to turn up during the dance party, however, 2500 came.

Today Mr Gerreyn, also an author, shares his story of hope to students in 300 schools every year around the world.

This week he was in the Latrobe Valley schools inspiring students to continue to hold on to hope no matter what they’re going through.

“Hope is not like an emotion. Hope is a learned behaviour. We can learn to be hopeful by getting a vision for our future and understanding our purpose,” he said.

FLO student 14-year-old Deegan Boucher said he was inspired by Mr Gerreyn’s story and his encouragement for everyone to hold on to hope.

“I never really have someone to tell me that I can do something but now it gave me a little bit of hope,” he said.