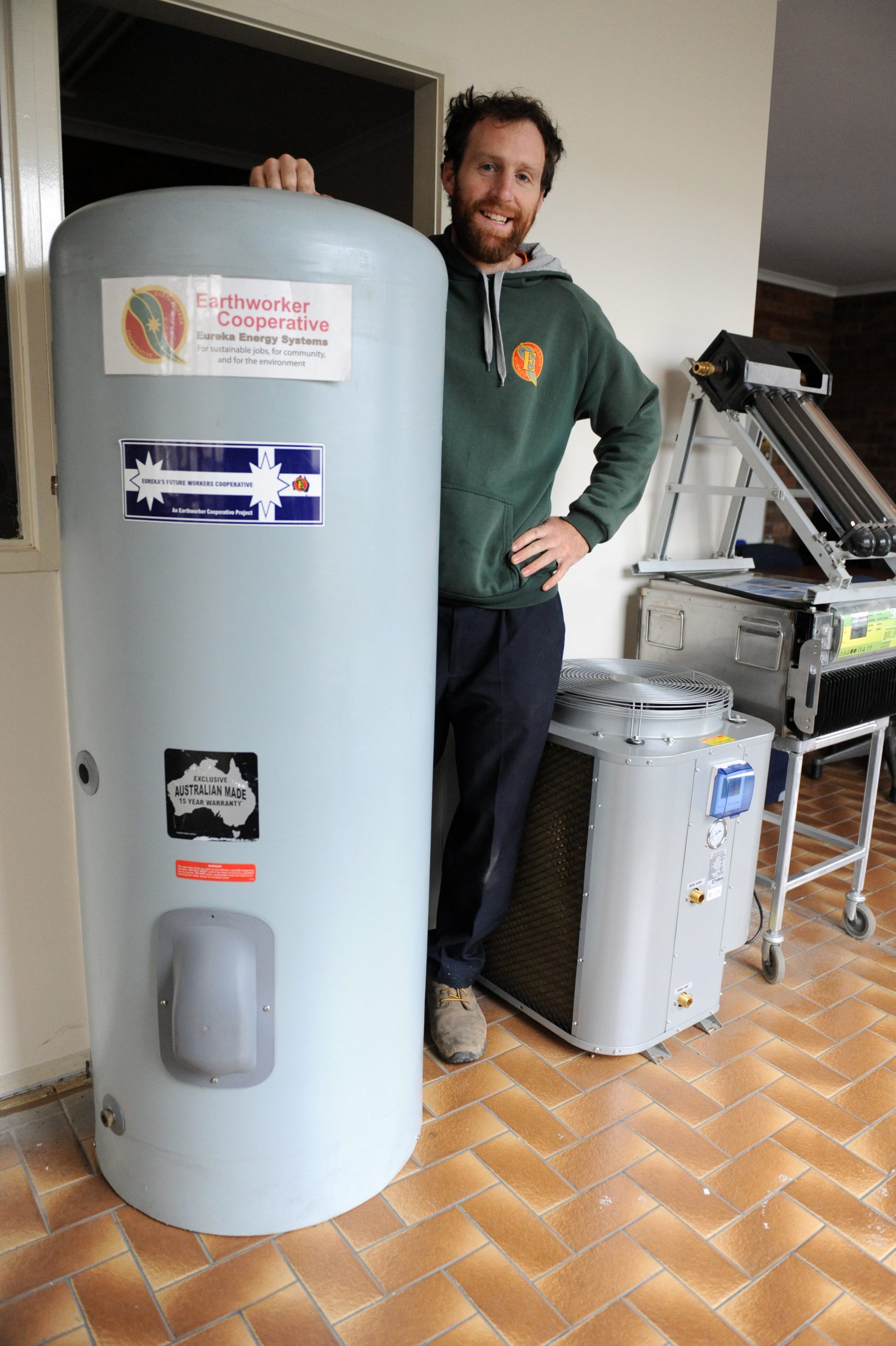 A Morwell solar hot water manufacturer is encouraging locals to apply for the Solar Homes rebate for hot water systems, which is not subject to the same monthly allocation processes as rooftop panels.

“Hot water rebates do not have a monthly quota so householders can apply at any time for a rebate and you don’t have to wait for the next monthly allocation,” Mr Musil said.

The solar homes rebate application process has been slammed by the industry after monthly allocations were exhausted within 90 minutes.

Solar Homes caters for 40,000 owner-occupied homes and 2000 rentals in Victoria, and is limited to 3333 applications once a month.

Once this monthly rebate allocation is exhausted, householders must wait to apply again on the first day of the following month.

Member for Eastern Victoria Melina Bath described the process as a “lottery” that has “brought the solar industry to its knees” as some installers cannot get enough steady work because of the program’s boom and bust cycle.

There are 6000 solar hot water rebates worth $1000 under the scheme for this financial year.

Mr Musil said the Solar Homes program provided an ideal opportunity for people seeking an option to cut hot water bills, which he said could account for a third of energy costs.

He said he believed the lack of information coupled with the criticism around the application process may have turned some people away from enquiring about solar hot water.

“All the attention is on PV. Solar hot water is a hidden opportunity and people don’t realise this,” he said.

Mr Musil also said, unlike solar panels which are largely manufactured overseas, there were a number of Australian solar hot water manufacturers.

Solar Victoria chief executive Stan Krpan said the agency had been refining the rebate application process based on industry and consumer feedback.

“Solar hot water can be a great addition to homes that already have rooftop solar PV – bought outside of the Solar Homes program as people can only claim one rebate – or those who want to increase their energy efficiency,” Mr Krpan said.

“While we don’t endorse individual companies, we strongly encourage people to consider quality local suppliers which are part of the community and which will provide quality ongoing service.”