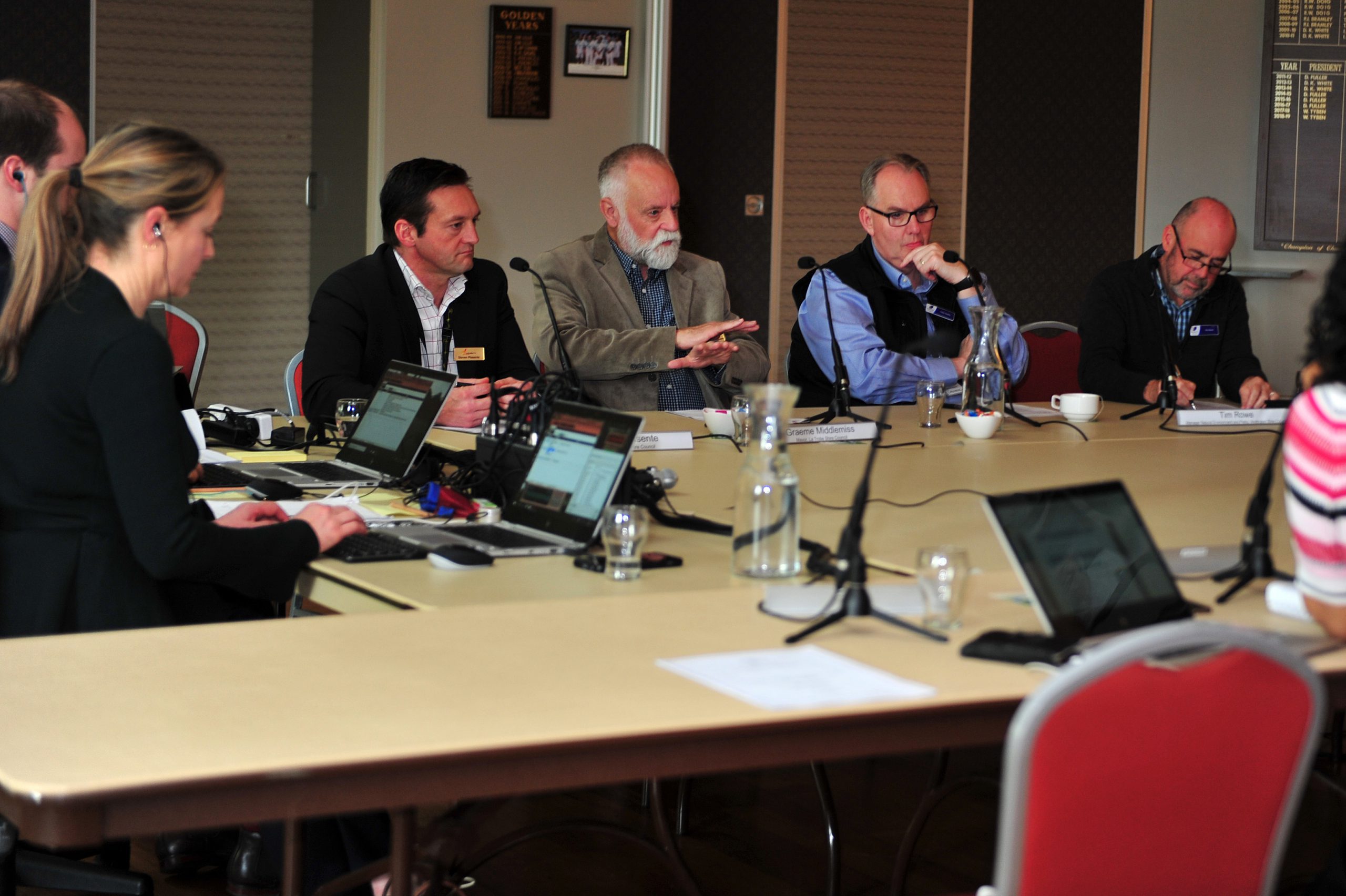 Latrobe City and Wellington Shire councils have joined forces to call on the state government to show urgent leadership as regional Victoria grapples with what to do with municipal waste and recyclables.

The impassioned plea came during a day-long hearing at Morwell yesterday where five Gippsland councils were called to give feedback during a recycling and waste management inquiry.

During the hearing, Latrobe City mayor Graeme Middlemiss called on the government to find a solution to the collapse of Melbourne-based company SKM Recycling which entered receivership on Wednesday.

“It’s the ripple in the pond effect. SKM has collapsed in Melbourne and the other contractors are under pressure to take SKM’s waste and that’s causing pressure right across regional Victoria,” Cr Middlemiss said.

“The initial short-term solution is to solve the SKM issue, get another contractor to take over from SKM and if it needs to be subsidised to set it up, it needs to be done.”

Cr Middlemiss said while Latrobe City’s waste did not go directly to SKM, there was a flow-on effect which could lead to an increased cost for recycling disposal.

Cr Middlemiss feared contractors could take advantage of the high demand for a recycling solution.

“At a certain point where the contractor is taking a loss, it is inevitable that they will knock on our door and say they want more money. Unless the government fixes this SKM problem in Melbourne, we will be in that position,” he said.

Australian Paper’s proposed waste-to-energy facility was also mentioned during the hearing with Wellington Shire representatives suggesting organic diversification could be better managed instead of sending it to the facility.

“Wellington suggested the food organics shouldn’t go to the waste-to-energy plant, but our view is that it’s an acceptable way of disposing it because it takes it away from landfill,” Cr Middlemiss said.

There was also a suggestion about Gippsland becoming a potential base for a recycling facility to deal with the region’s recyclables, creating employment and preventing it from being sent to Melbourne.

Committee chair and upper house MP Cesar Melhem acknowledged councils were “crying for leadership” from their state and federal counterparts.

“I’m hopeful that leadership will be provided and that’s something coming out in various submissions and evidence we’ve heard so far,” Mr Melhem said.

“It is time to look at declaring waste and recycling as an essential service and I’m pleased the state government is looking at heading that way, providing leadership so we have consistency across the board rather than individual councils doing different things.