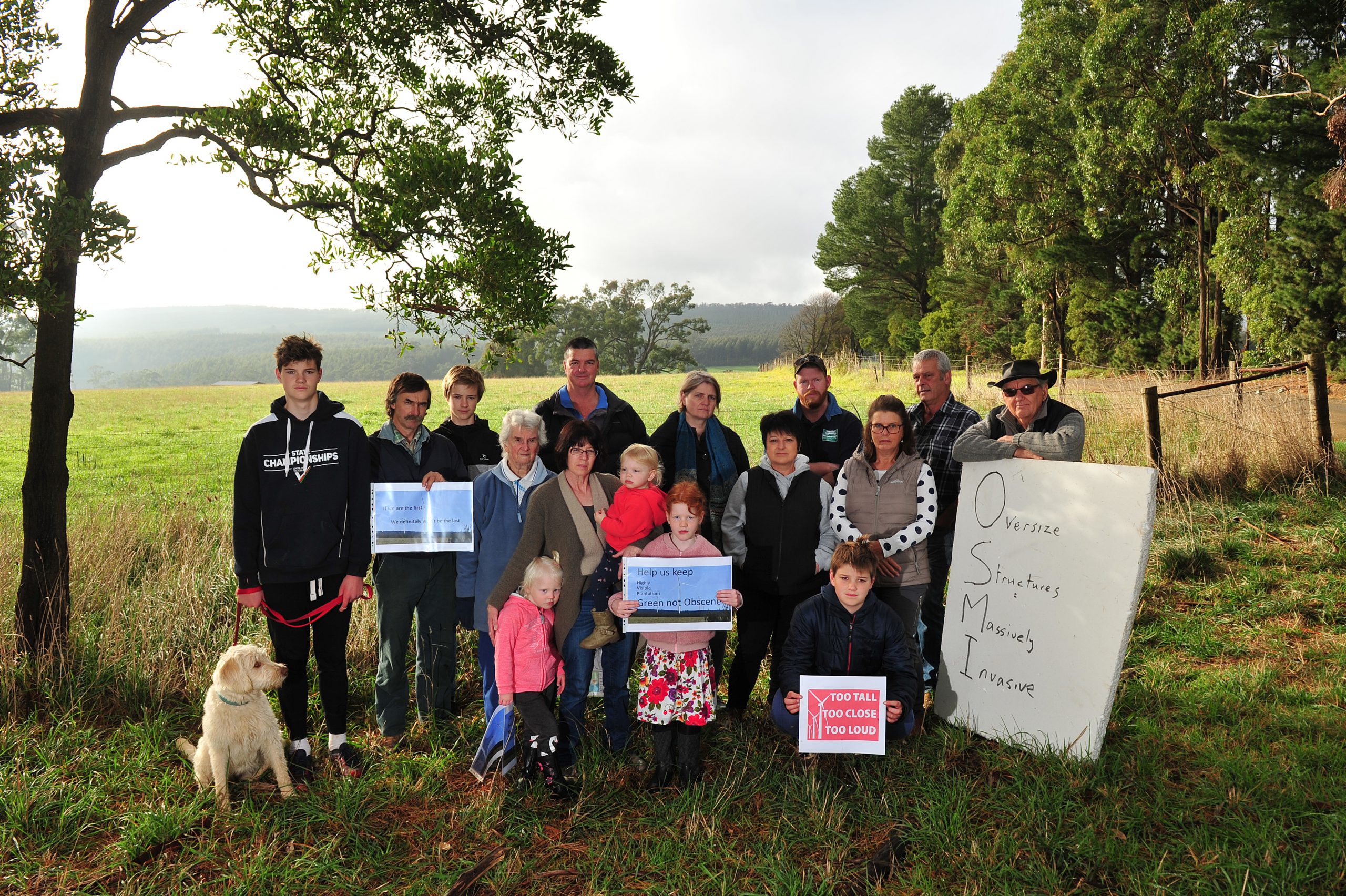 Opponents of the Delburn Windfarm have raised concerns about possible bushfire risks at the project’s proposed site.

The Strzelecki Community Alliance, made up of residents from the nearby area, cited a US case last month where a wind turbine caught fire in Southern Washington as a cause for their concern.

This area is covered by a bushfire management overlay and was impacted by the Delburn complex fire in 2009 which ultimately claimed more than 40 homes in Boolarra, Yinnar, Mirboo North and Darlimurla.

“We have not got over the trauma of the five days of the 2009 fires which burned our fences, threatened our livestock and our own home,” local resident Rosemary Parker said.

She said she lived in fear during the fire season and the wind farm proposal “brings it all back”.

“Putting people’s lives at risk is not an option. No amount of management plans on paper will prevent a bushfire from occurring,” Ms Dieperink said.

Windfarm company OSMI Australia said while it could not comment on the specific US case, the risk of turbines catching fire was very low.

Community engagement officer Ruth Harper said the company had committed to including a fire suppression unit in each turbine.

“If a fire starts within the hub it sets off a gas which puts out the fire,” Ms Harper said.

“That’s not a standard thing. It’s something we’ve committed to having because they are in plantations.”

OSMI has engaged local consultants to assess the fire risk of the project, with a report expected to be released in the next couple of weeks, Ms Harper said.

She said a five-metre radius would be cleared around the base of each turbine and the road network within the plantation would be extended and improved to allow better access for firefighting.

Water tanks would be installed on the site and there would be a human presence onsite during working hours, she said.

“In the event of a fire the turbines can be switched off within minutes with the press of a button remotely and can be put in a ‘Y’ position to allow aerial firefighting.”