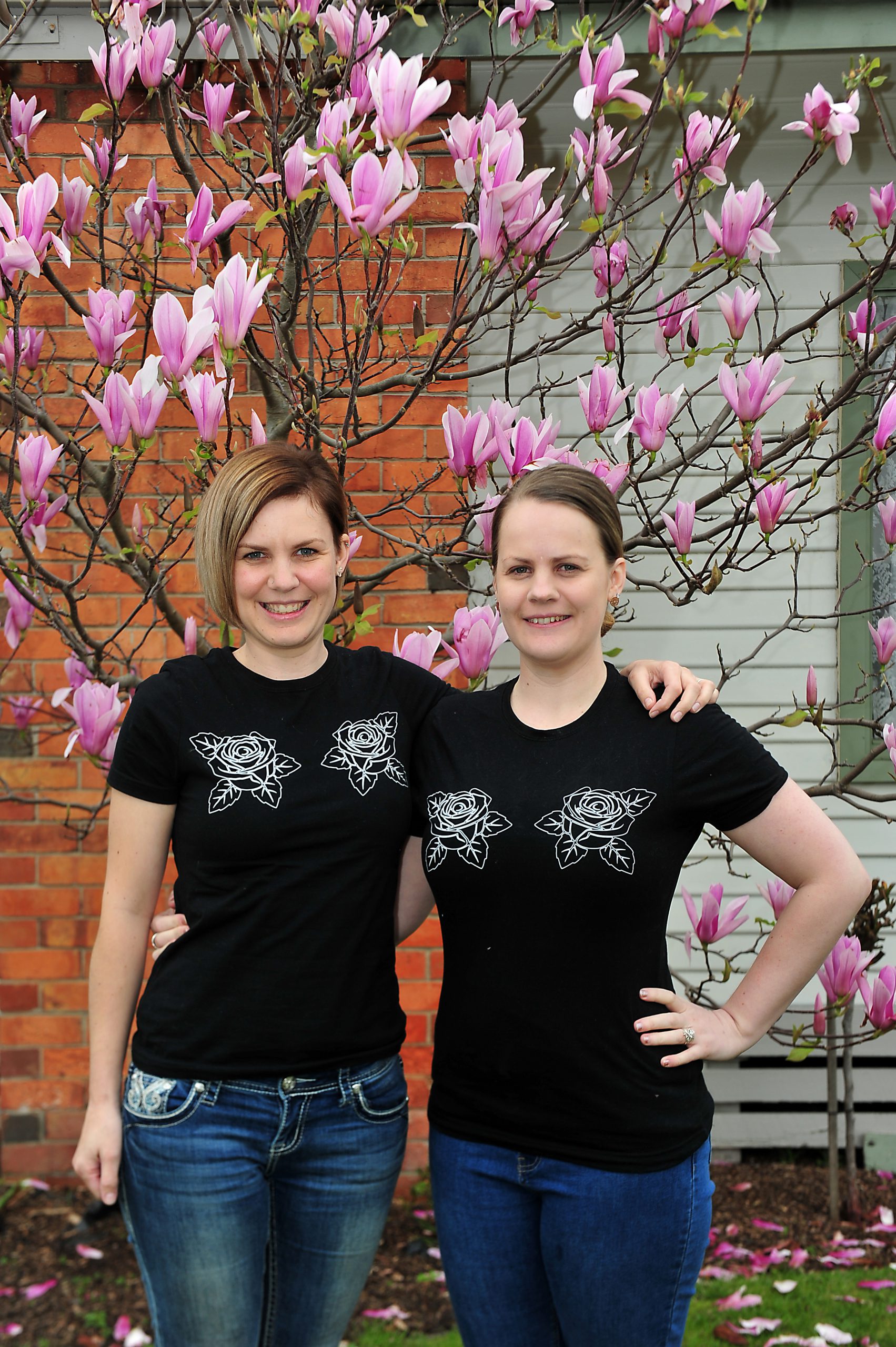 A Traralgon woman and her sister are recovering from preventative measures to reduce their risks of breast cancer after undergoing a double mastectomy on the same day, by the same surgeon, in the same hospital.

Michelle May, 34 and her sister Julie Gaspero, 31 opted to have both of their breasts removed and reconstructed when they discovered they carried the BRCA 1 gene mutation.

The pair had the procedure at the Peter MacCallum Cancer Centre early last month, both reporting they felt “relieved” now that the odds of getting breast cancer had tumbled from 80 to five per cent.

The surgery also reduced the women’s risk of ovarian cancer to 40 per cent.

“It was a defining moment to take control and not get cancer in the future. Leading up to surgery, I was worried I would wake up crying, but it was a huge relief.”

The sisters were tested for the gene mutation when their father became the fourth person their family to be diagnosed with cancer.

“We knew the family history of breast cancer, we put two-and-two together, our auntie suggested we get tested. After dad was diagnosed, we thought there was something significant going on here,” Julie said.

The pair decided to go ahead with the double mastectomy after having a yarn with their breast specialist, but it was when Julie found changes in her left breast that finalised the decision.

Julie was part of a hospital study at the time to test the impacts of an osteoporosis drug on gene mutation carriers.

She said although screening showed her breast was okay, it was enough to put the wind up both sisters.

“I didn’t want to muck around, I thought it was a ticking time bomb, and it was not a matter of if, but of when. In between scans I couldn’t sleep, I was so anxious,” Julie said.

Michelle said the decision was a no-brainer when she saw what her sister was going through, and thought about having a future with her two young kids.

The sisters said they felt mentally prepared when surgery day came and had spent some time considering the personal ramifications of losing their breasts.

“Our family was supportive, we even had a ‘bye-bye boobies’ party with a cake. For me, breasts don’t define a woman,” Julie said.

“We were concerned about the types of implants, but we were reassured by our surgeons and we knew we were in good hands.”

The pair even had specially designed T-shirts printed to wear into hospital together and have become Pink Hope ambassadors to spark other women into thinking about their own risks.

“We want to empower others to talk about their family history as cancer does not discriminate,” Julie said.

“We encourage people to get screened, as there is not enough awareness that this can affect young women.”

Michelle said that although her risks were now diminished, she was looking at her children Paige and Hunter who carry a 50-50 risk of developing cancer.

“We will talk to them about getting tested when they are 18-or-so,” Michelle said.

“I’m hoping with research advancements they may not have to have the same procedure in the future to prevent this from happening.”