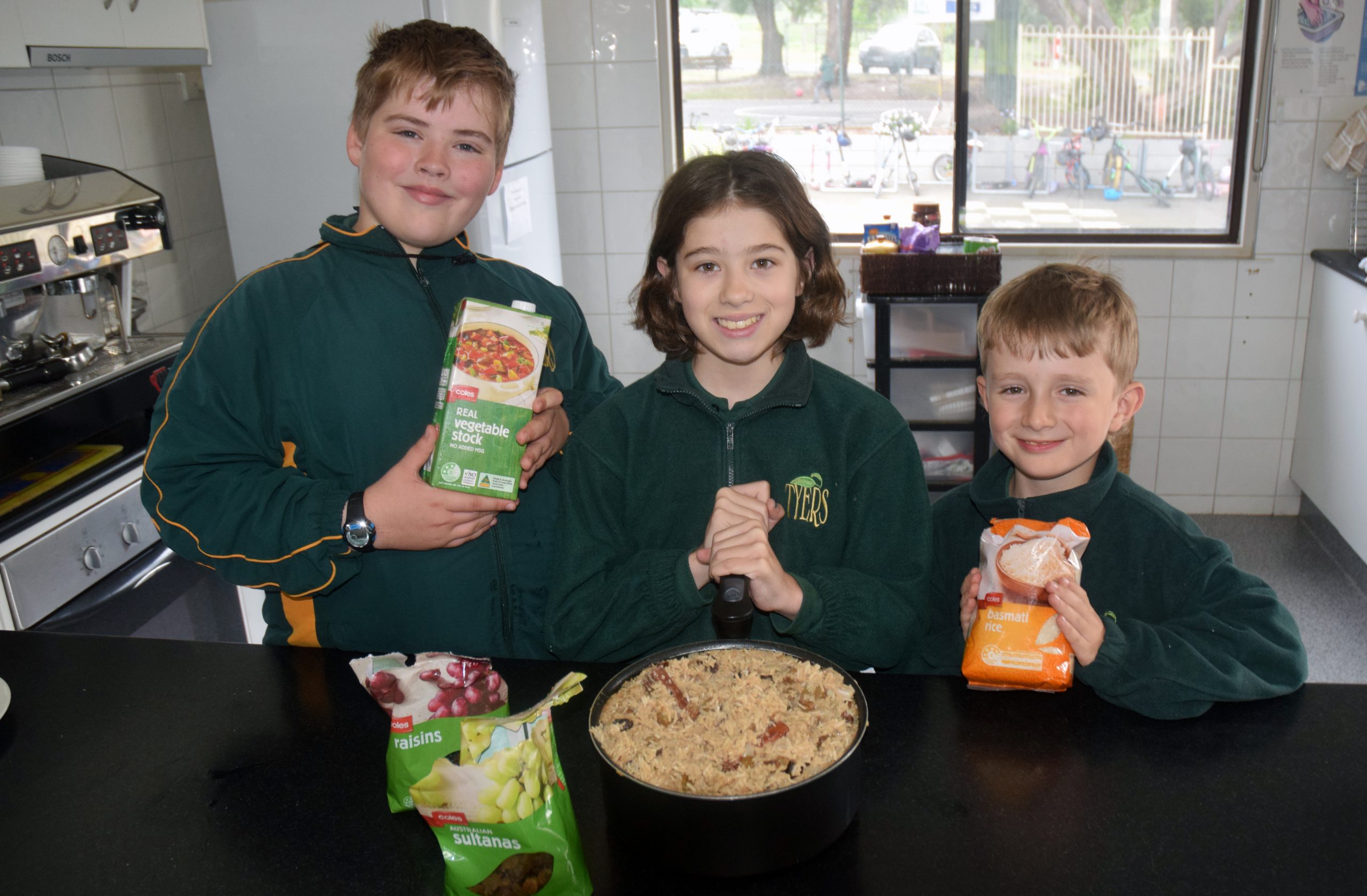 There were culinary feasts aplenty on offer at Tyers Primary School last week in celebration of World Food Day.

About 5000 people across the Latrobe Valley participated in activities on Wednesday to mark the day, which promotes awareness and action for people who suffer from hunger, with this year’s theme ‘healthy diets for a zero-hunger world.’

“The main messaging around World Food Day is more that promotion and awareness for those that are experiencing hunger,” Ms Tartaro said.

“But then also looking at highlighting the importance of focusing on food security where people do have access to nutritious and affordable food.”

Students also participated in a number of other activities on the day including gardening and picking plants as part of the school’s paddock to plate program.

Thirty-one schools, four early learning centres and five neighbourhood and community houses each received $500 in funding for various uses thanks to the Latrobe Health Assembly and Food For All Latrobe Valley.

“‘One of the schools will be creating a healthy cookbook around healthy snacks for the lunchboxes … and another school [is] getting a commercial toaster because they have 80 students for breakfast.”

“We think it’s a really important issue for kids in the Valley in particular, but also families as well,” Mr Needham said.