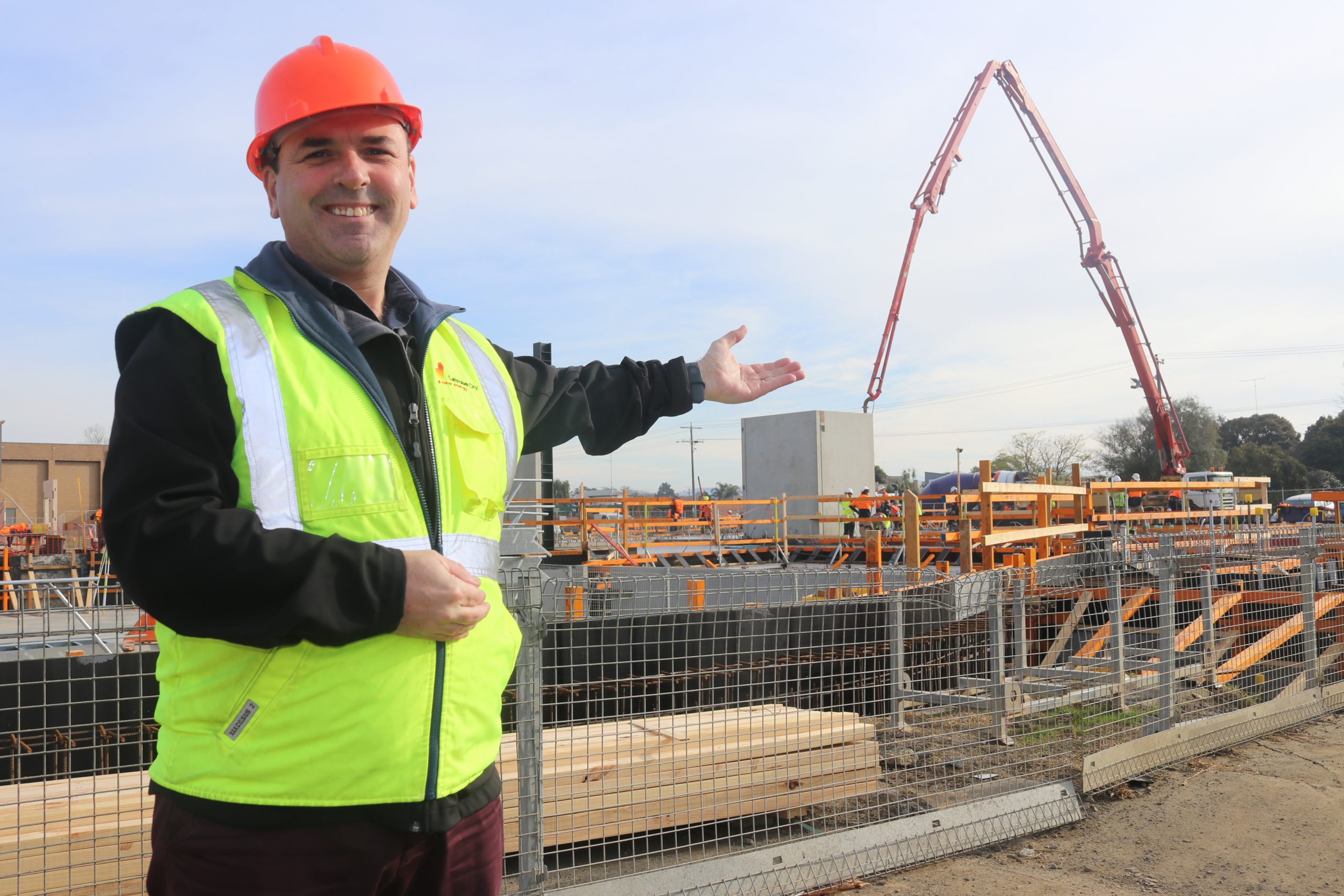 Local residents will soon be able to watch fine actors tread the boards in a 750-seat theatre as work progressing to build the Latrobe Creative Precinct on Grey Street in Traralgon.

About 60 cement trucks were on site on Thursday pouring 450 cubic metres of concrete to create a slab over the carpark.

The $38 million performing arts project will feature a theatre with balconies, an orchestra pit, cafes, bars, dressing rooms and forecourt for outdoor shows, along with offices and meeting rooms.

The orchestra pit, basement car park and auditorium slab have been recently completed, with construction of the fly tower – or rigging and lighting loft- set to take centre stage in coming weeks.

Latrobe City mayor Dan Clancey said he expected the 15-month construction to be finished next year after the venue is fully kitted-out.

“Over coming weeks and months the community will have its first taste of what the precinct will look like, when the fly tower frame starts to be installed,” Cr Clancey said.

“Once the tower is constructed, the building will begin to look more like the state of art theatre that it will become.”

Cr Clancey said he hoped the creative precinct would form part of a touring chain of larger venues to bring larger productions east of Melbourne.

He said Latrobe City was in the midst of building its theatre season which would also include live music and comedy gigs.

“Local community members have been championing this build for many years and they are excited it’s happening, it will be great to sit in one of these 750 seats to see a show on opening night,” Cr Clancey said.

“The idea was to increase the liveability and economic viability of the region and through this we will see an increase of people wanting to come here.”

Cr Clancey said a local reference group made up of theatre companies, orchestras and eisteddfods were helping to inform the precinct’s design and make it available to local talent.