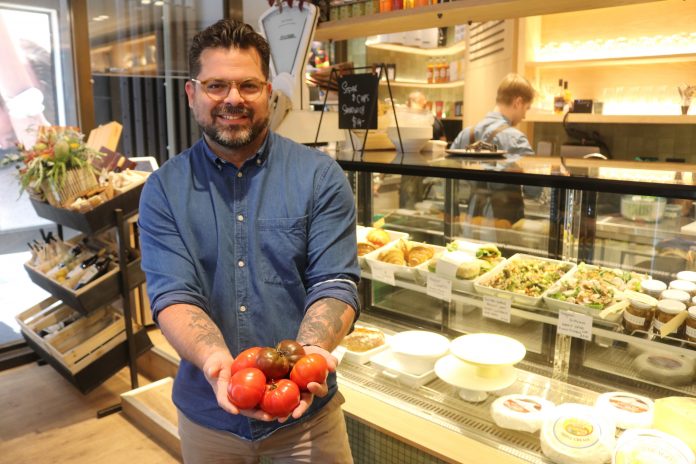 Top end of Collins Street foodies are getting a taste of Gippsland in a new restaurant focusing on the region’s finest produce.

Mr Saravia said he fell in love with Gippsland through being a part of local food events such as the Meeniyan Garlic Festival and Wild Harvest Festival in Mallacoota.

He then began showcasing the region at pop-up farm-to-table events at the Australian Open and Melbourne Food and Wine festival, before coining the idea of a dedicated restaurant to Gippsland.

“Coming to Gippsland and meeting the farmers and producers got me thinking about food provenance – not only about the ingredients, but the people behind the ingredients,” he said.

“For me as a chef, it’s important to give this recognition. Gippsland is so diverse and beautiful, why not promote the region?”

Mr Saravia, so far, has about 30 Gippsland producers on board, supplying everything from vegetables, milk, cheese, eggs, meat, jams and wine.

He said he was keen to hear from any other local farmer wanting to showcase their produce on the fine food menu.

“They can approach us and we can work together, we let the farmers decide the ingredients we work with and the skills of the chefs design the dish,” he said.

“It has to be seasonal and it has to be good quality to represent the region and the farmers must have some sort of environmental approach to their farm.”

Mr Saravia dubbed the restaurant Farmer’s Daughters in homage to the unsung women in agriculture.

“I noticed females on the farm are the ones holding everything together, they are carrying the farm, but they are not receiving the right acknowledgement for the roles on the farm,” he said.

“There are lots of farmer’s daughters taking over farms and sometimes they do a better job.”

Mr Saravia said so far, most of his diners were Collins Street corporates, but many people coming through the door also had a connection to the region.

He said he was also using the opportunity to encourage townies to get out of the big smoke and plan their next weekend away in Gippsland.

“People have been really embracing it and they love the fact we represent Gippsland. One of the positives of COVID is people realise how important it is to support local industries,” he said.

“We are grateful for all the support from the region, it’s been overwhelming, we really feel we are a part of the community. This is not just a restaurant, but a Gippsland embassy in Melbourne.”