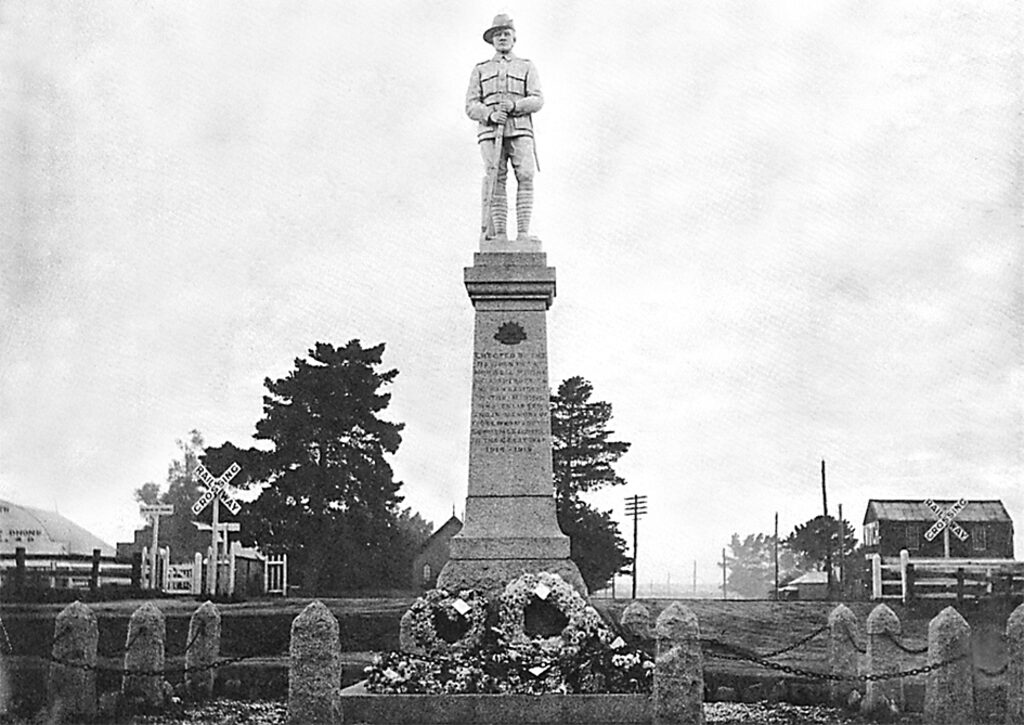 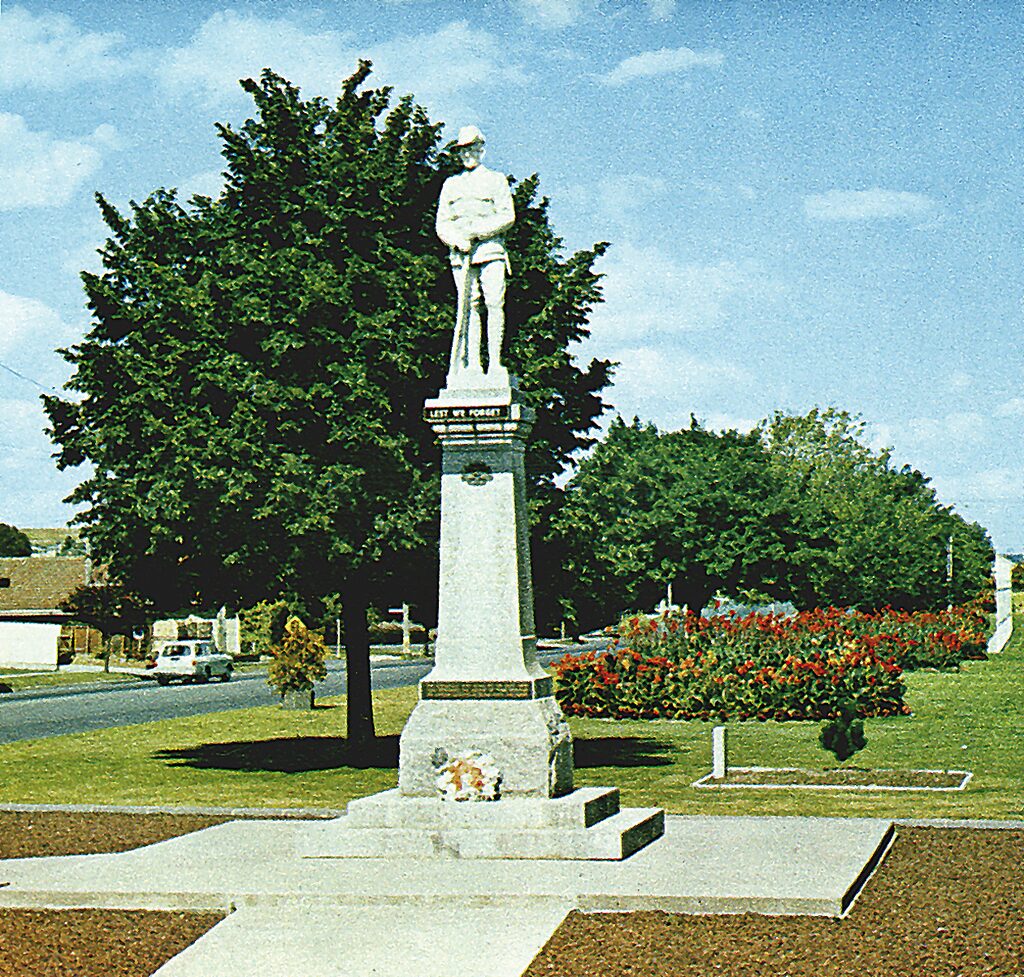 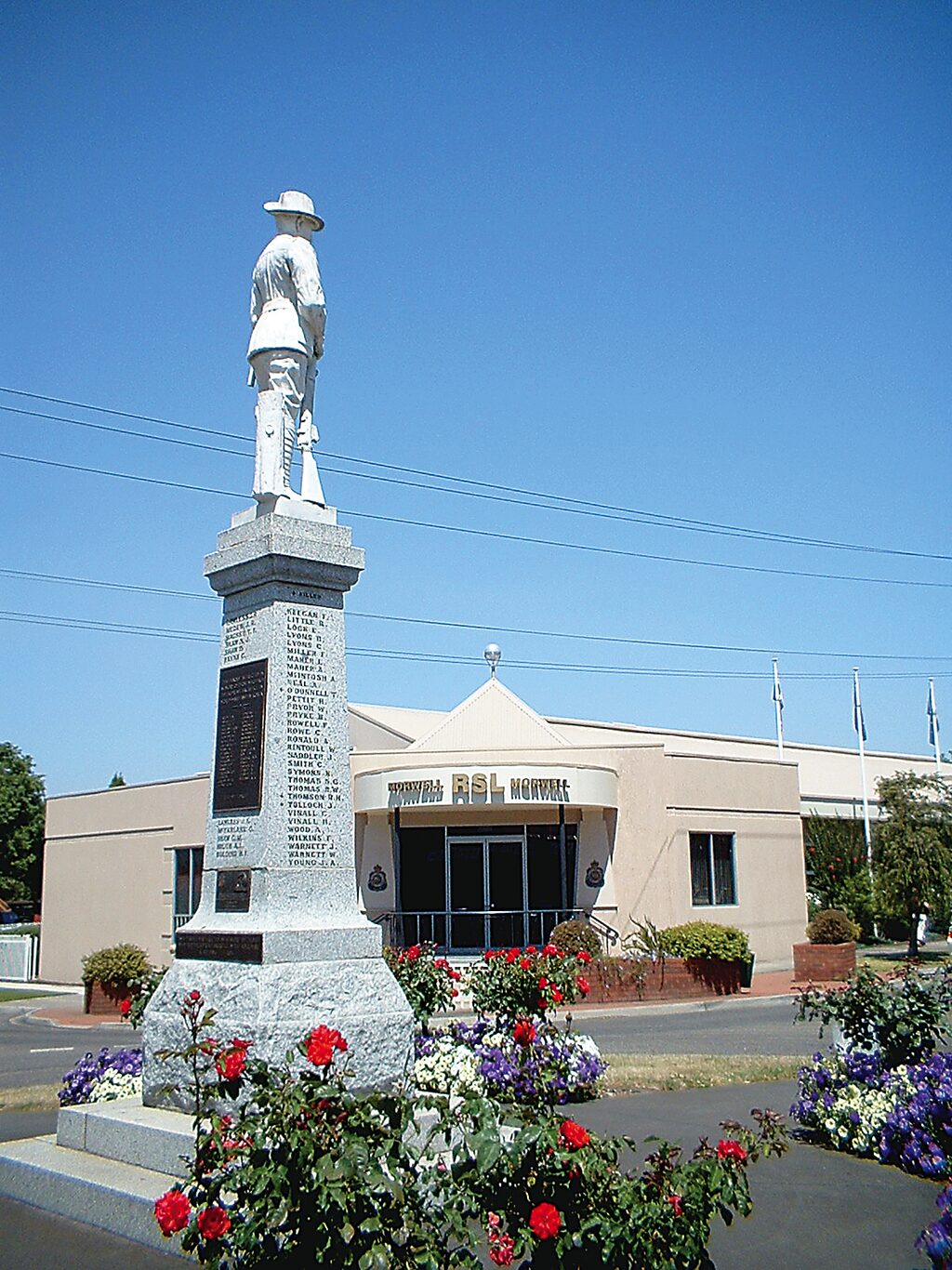 One of Morwell’s most significant monuments is celebrating a milestone, as this week marks 100 years since the cenotaph on Elgin St was erected on June 6, 1921.

The cenotaph has been a feature of the Elgin St roundabout, outside the Morwell RSL for close to 30 years, but what about the other 70?

The story started back on January 17, 1919 when a public meeting was held to discuss the best and most appropriate way the residents of Morwell could honour the local men who served during the First World War.

Shire president Cr. Dunbar said at the time, he believed Morwell to be the only place that hadn’t yet done something in the way of erecting an honour board or memorial for local soldiers.

The public meeting deliberated between different ways of honouring those who served with suggestions of gold medals, certificates and a soldier’s meeting hall, with the proposal of a monument being the most popular.

The idea of a public recreation ground was thrown in the mix but quickly scrapped as some residents felt it could be seen the council had used the soldiers to get a park that the town was already in desperate need of.

The Morwell Advertiser, weighed in favour of the monument, fearful that returning soldiers would lose their medals.

Mr. Hart moved an amendment, which was seconded by Mr. Aherin, that a public meeting be held by president of the Shire, it was at this meeting in early 1919 that it was agreed the shire would erect the cenotaph we now see on Elgin St.

Nothing more was reported until later that year when a public meeting was held on Friday, November 28, 1919.

Mr. Aherin commented upon the small attendance at the meeting, and said that if the residents only realised all the soldiers had done for them and the Empire, the hall would have been filled.

Cr. Dunbar suggested a site between Post Office and Railway crossing, which is now the corner of Tarwin St and Commercial Rd.

As all those in attendance were for the suggestion and the Memorial fund was officially closed in June, the total raised by the townsfolk was in excess of £364, working out to be over $26,000 in 2020.

The sub-committee recommended the acceptance of a design submitted by Messrs Corben & Son at a cost of £425, including freight and the writing of 50 names.

The Memorial was unveiled by Senator Brigadier-General Elliott (AKA Pompey Elliott), on Monday June 6, 1921.

Senator Brigadier-General Elliott said he regarded it as a great honour and privilege to unveil such a splendid memorial erected in honour of noble and brave men who at their country’s call had come forward and offered their services and life, if needs be.

In the mid-1950s, Morwell’s rapid development caused the area where the monument was situated to become built-up and the R.S.L. sought to have the monument moved to a more appropriate location.

Morwell Sub-Branch of the RSL at the time stated that the site “lacked dignity” for holding Anzac Day and Remembrance Day services.

On the weekend of December 6 and 7 1969 the memorial was moved to a site on the Princes Highway gardens, west of International Plaza and south of the Hoyle St intersection.

For the next twenty years or so the Memorial was a prominent landmark at the eastern end of the township until the late 80s when the Morwell R.S.L. Sub-Branch became concerned with

the vandalism taking place at the War Memorial.

The RSL approached the council who were at this time developing five roundabouts at road intersections in the CBD area, one of these was outside the RSL at the intersection of Elgin and Tarwin Streets.

In late April 1990, the idea was suggested to Shire chief executive Ron Waters who said it had great merit.

It had a preliminary estimate for the relocation and establishment at the Tarwin and Elgin Streets intersection for about $12,500.

The War Memorial was then shifted to the intersection of Elgin and Tarwin Streets in mid-June 1990.

The first Commemorative Service conducted there was the Long Tan Commemoration Service on August 18, 1990 for the Vietnam Veterans.

The cenotaph now lives only metres from the Morwell RSL and has been a key feature of all Anzac commemorative services since it was erected.

First home: The cenotaph at its first location on the corner of Tarwin St and Commercial Rd.

Interim: The cenotaph on the Princes Highway gardens, west of International Plaza and south of the Hoyle St. intersection.