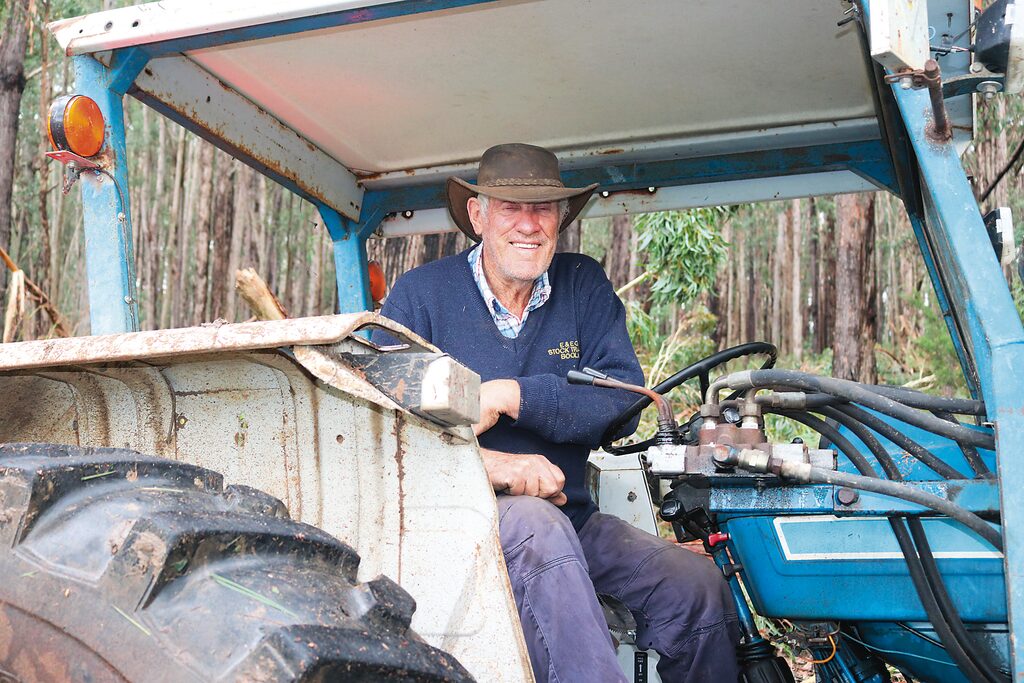 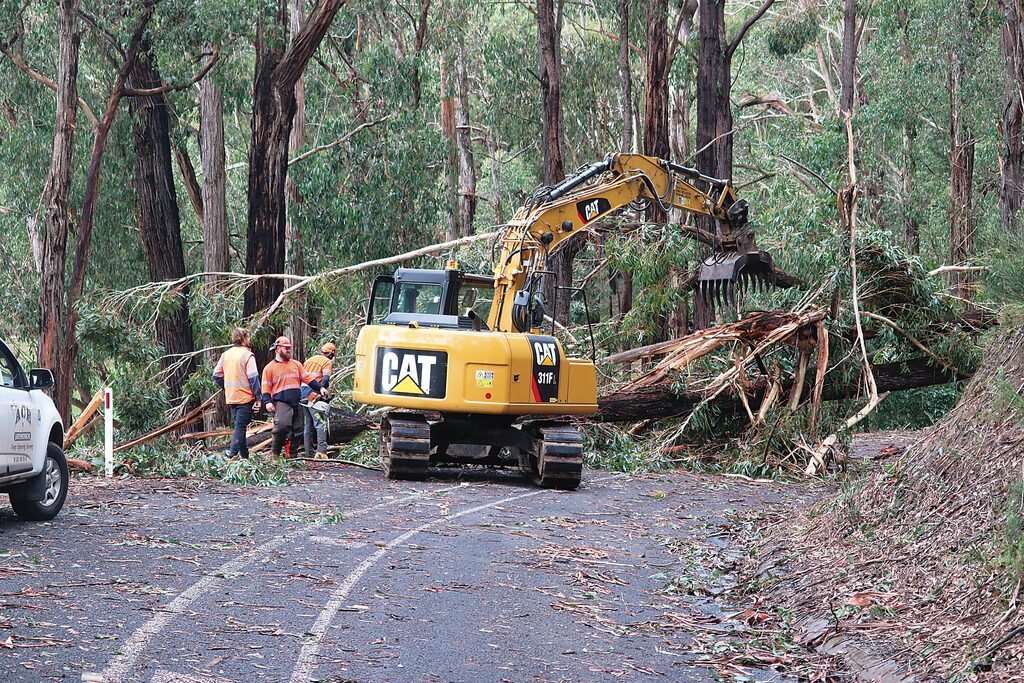 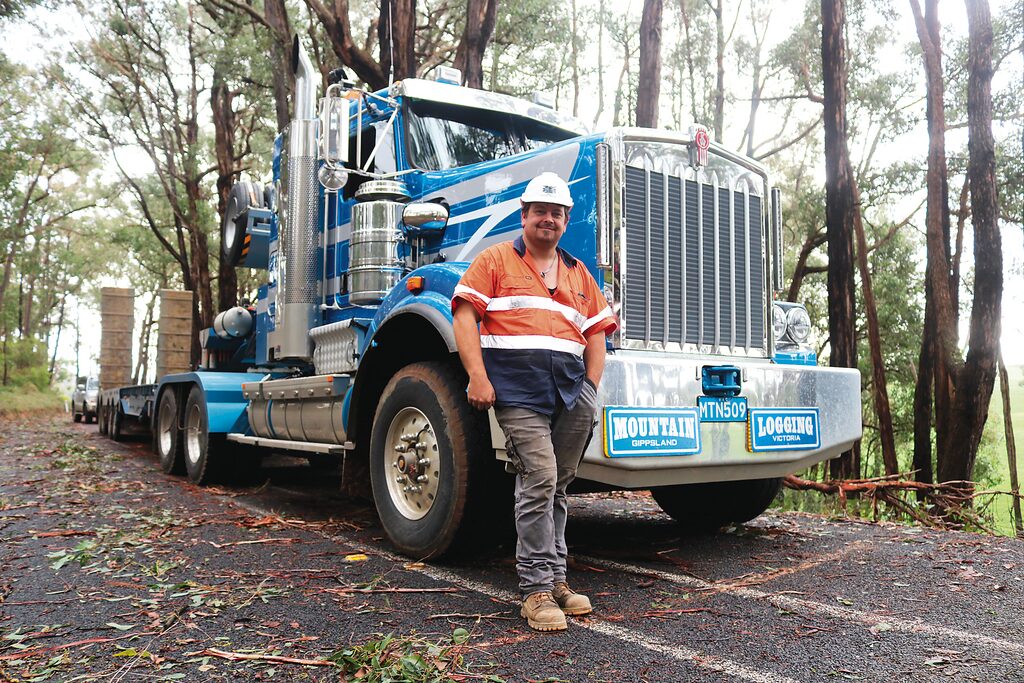 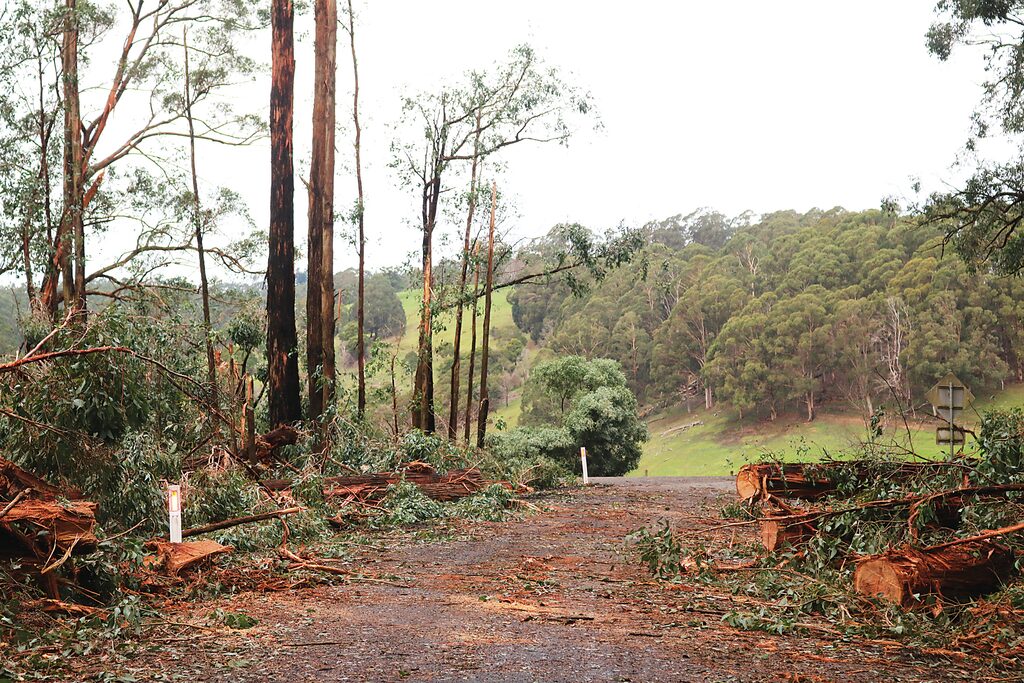 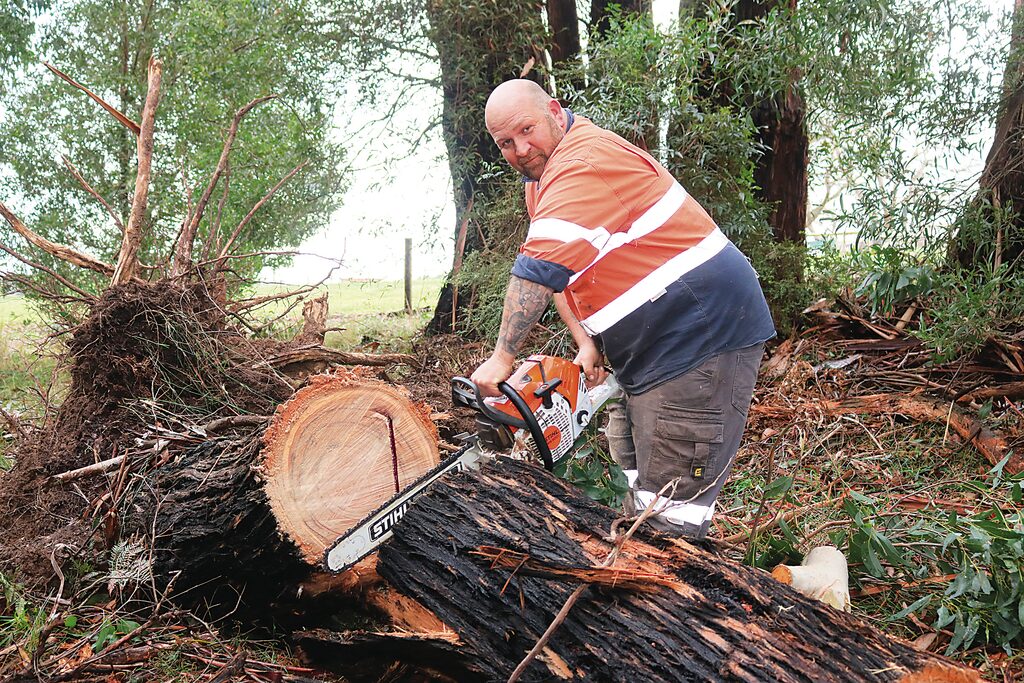 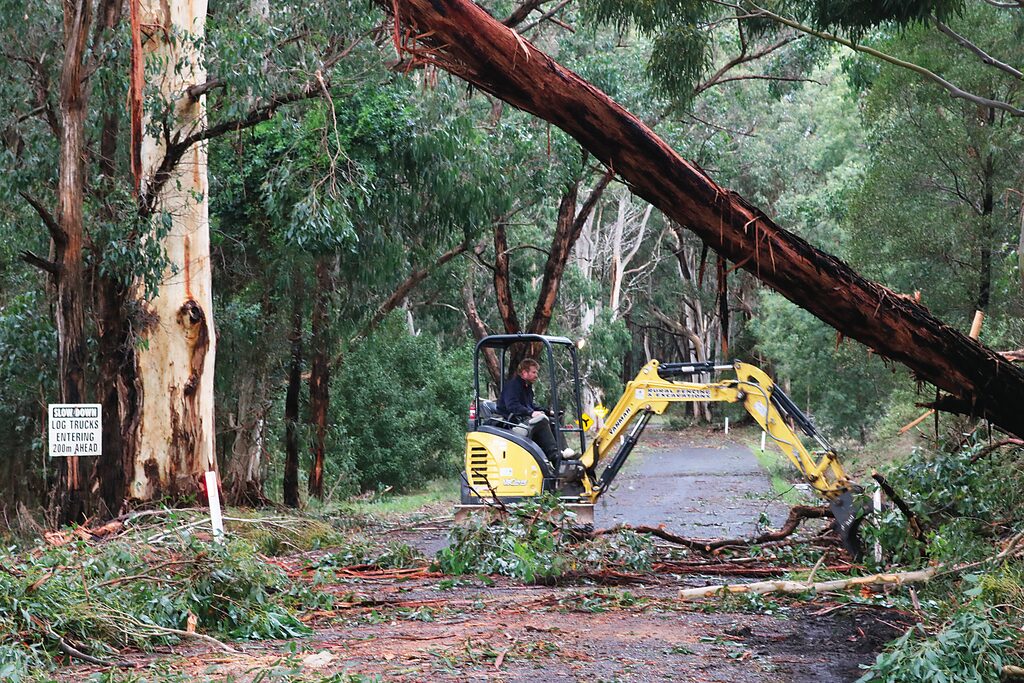 By Michelle Slater
Farmers and heavy machinery operators banded together to clear roads in the ranges after residents were stuck on their properties without power, phones or access for days.
Boolarra, Budgeree and Yinnar South resembled a war zone, with roads blocked by thousands of fallen trees which had taken out power lines, some houses, shedding and major infrastructure.
Yinnar South locals Ben Dawson and Marc McKinlay were just some of the community members who began clearing roads the morning after the storms ripped through.
“It was like a jet engine blowing in my face, there were trees breaking all around me,” Mr Dawson said.
“I’ve experienced wind, but this was on the next level, it kept changing direction, it was swirling.”
Mr Dawson said the wind was so severe, it blew two newly-delivered 25,000 litre water tanks across his property.
He said Whitelaws Track was completely blocked-off with about 30 trees down in the space of 500 metres.
He spent the entire day with his neighbour clearing the roads with a chainsaw and excavator, while others were cutting trees from the opposite end ofn Whitelaws Track.
“There was no sign of emergency services, we just assumed they were busy everywhere else and we have the machinery to do this,” he said.
Budgeree beef farmer Edgar Owen had joined other local farmers to clear Budgeree Road, stating his farm lost 200 year-old trees.
“When we cleared this farm 50 years ago, the dozer could not shift these trees, but this wind has done it in one go. It even blew my big old cypress out, and they usually don’t blow over,” he said.
“I’ve never seen anything like this in 60 years I’ve been here, not the magnitude like this. It will take a month full time to put it into reasonable shape.”
Latrobe City contractors had begun working their way up Budgeree Road on Friday to remove more trees that had fallen days after the storm.
Logging contractor Anthony Maiden was hoping to retrieve his machinery parked at English Corner, in the mountains south of Budgeree to “send them out to where they are needed”.
Mr Maiden said he had crews working in Jeeralang North, but said it had taken him two days to get from Yarram to Traralgon, due to the amount of fallen trees.
“There are trees for miles. This work will continue for weeks or months. We have jobs we can’t even get to because of trees over the roads,” he said.

Carnage: Budgeree Road looked like a warzone after the storm went through. photograph michelle slater