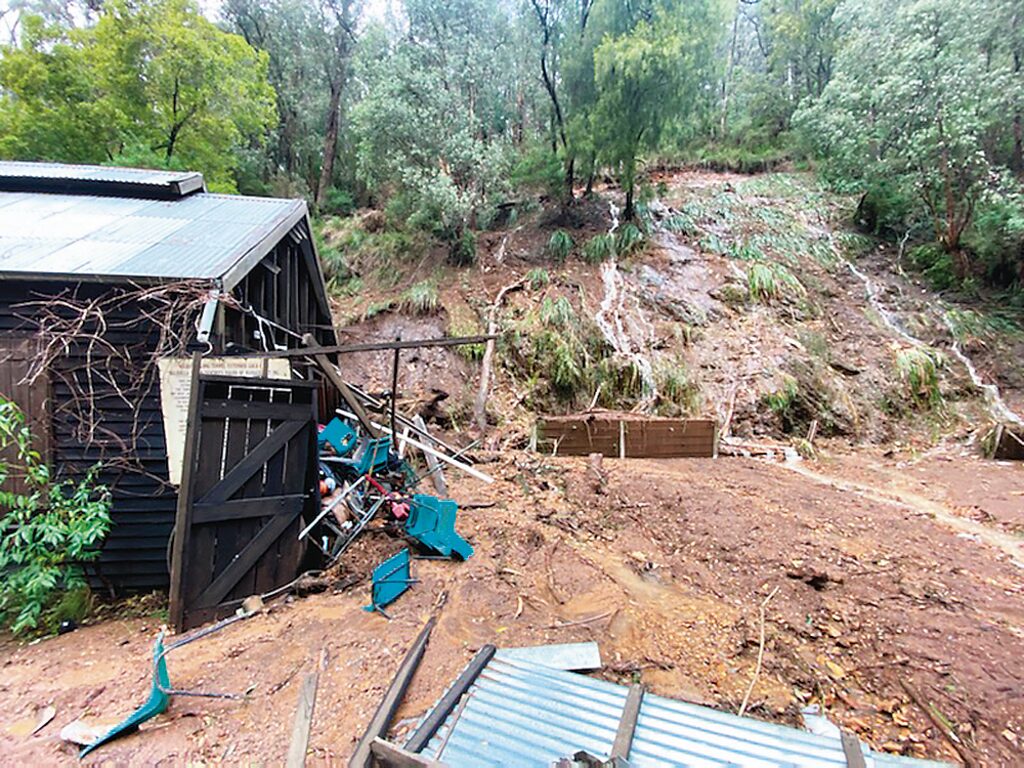 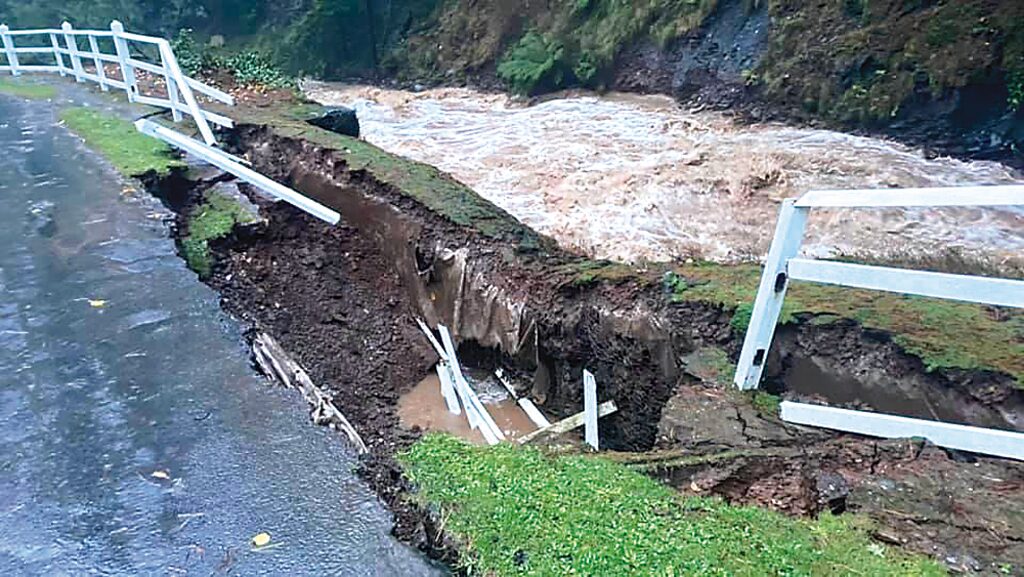 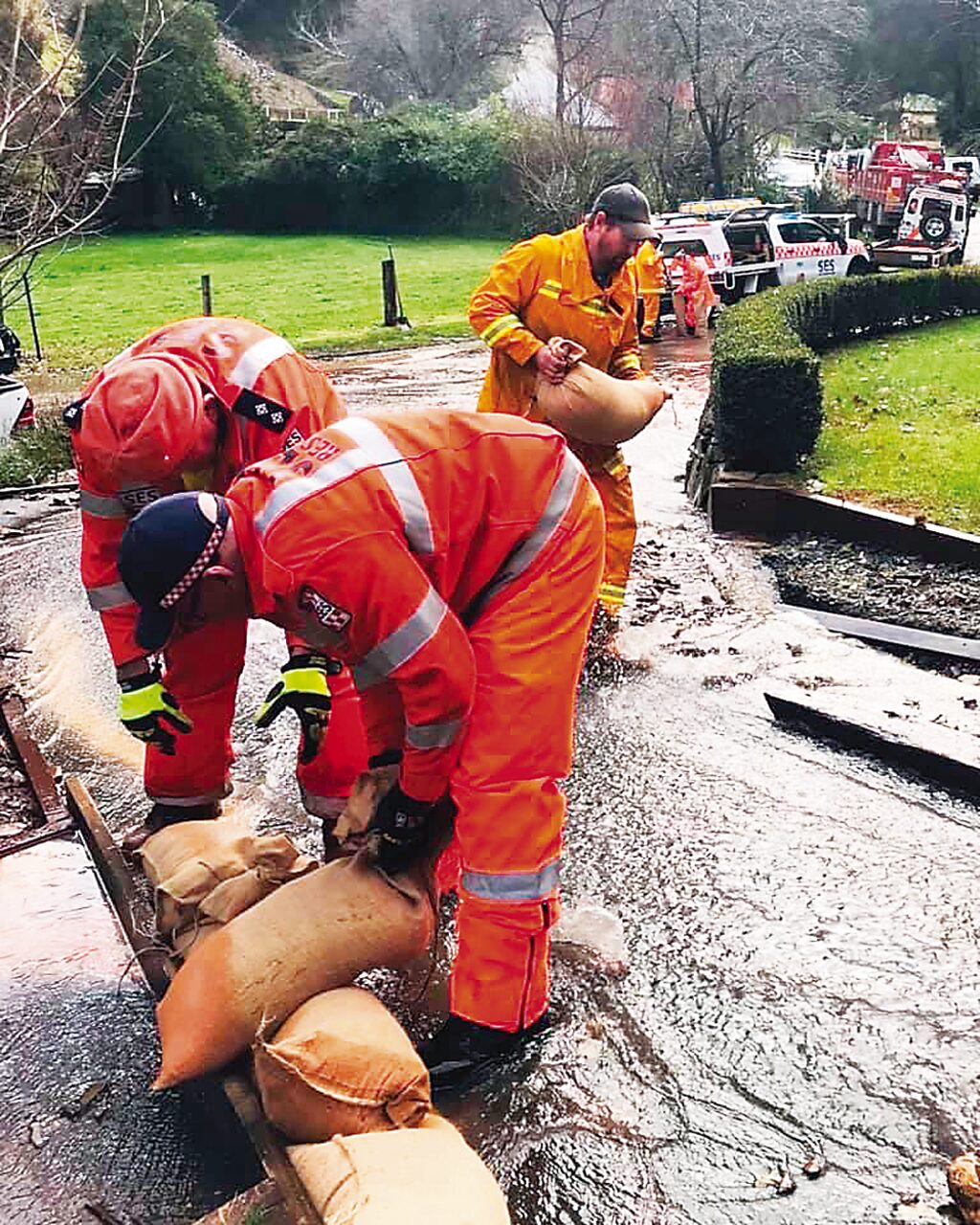 By MICHELLE SLATER
Walhalla was open to locals only after significant landslips had destabilised the main access roads into the mountain community last week.
Walhalla and Mountain Rivers Tourism Association president and town local Russell Wright said crews were assessing the damage in and around town.
“I heard lots of tumbling and crashing and the sound of the roaring river taking away roads, fences and trees,” Mr Wright said.
“When daylight broke, I saw extensive damage, so we began assessing what was urgent.”
Mr Wright said it took Erica SES crews an hour to cut their way into town due to the amount of fallen trees and debris, in what was usually a 15 min trip up the road.
Stringers Creek had risen and caused extensive damage to camping grounds and blocking the bridge in the north end of town, with sand bags in place to protect some lower lying properties.
He told The Express that the Long Tunnel Extended Gold Mine was closed due to
landslips and deep mud around buildings,
which would need geotechnical assessments.
The Goldfields Railway was also closed with large trees and flooding over the tracks.
Mr Wright said underground powerlines had been exposed and were “hanging in the breeze” and “entire streetscapes and retaining walls were washed away”.
“A number of properties had their junction boxes ripped away and taken down stream. There are significant electricity supply problems and this will not be an overnight fix,” he said.
“The main roads underneath where large trees fell are now undermined on the cliff edge.
“Repairs will not be easy, the challenge is Walhalla is very technical as it’s so steep.”
Mr Wright said this was a further blow to the small tourist town, which had already taken a hit with COVID-imposed cancellations and bushfires.
He said he believed the town would remain closed while significant repairs were underway.
“This can’t happen immediately, it will take time, the clean up will require big, heavy machinery. It’s not a mop and bucket job,” he said.
“People are heartbroken and feeling defeated.”

Landslide: Significant erosion has destabilised areas in and around Walhalla.