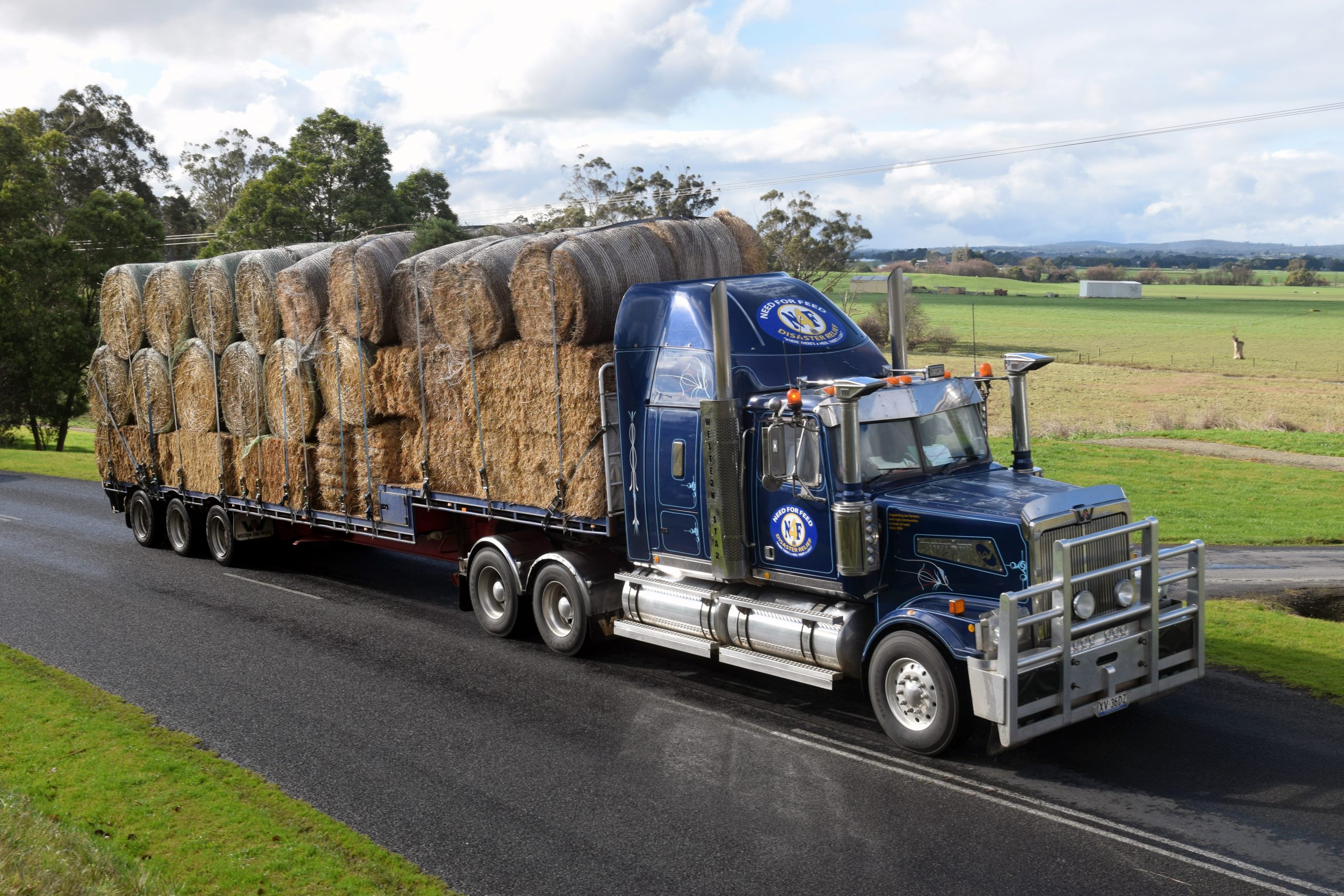 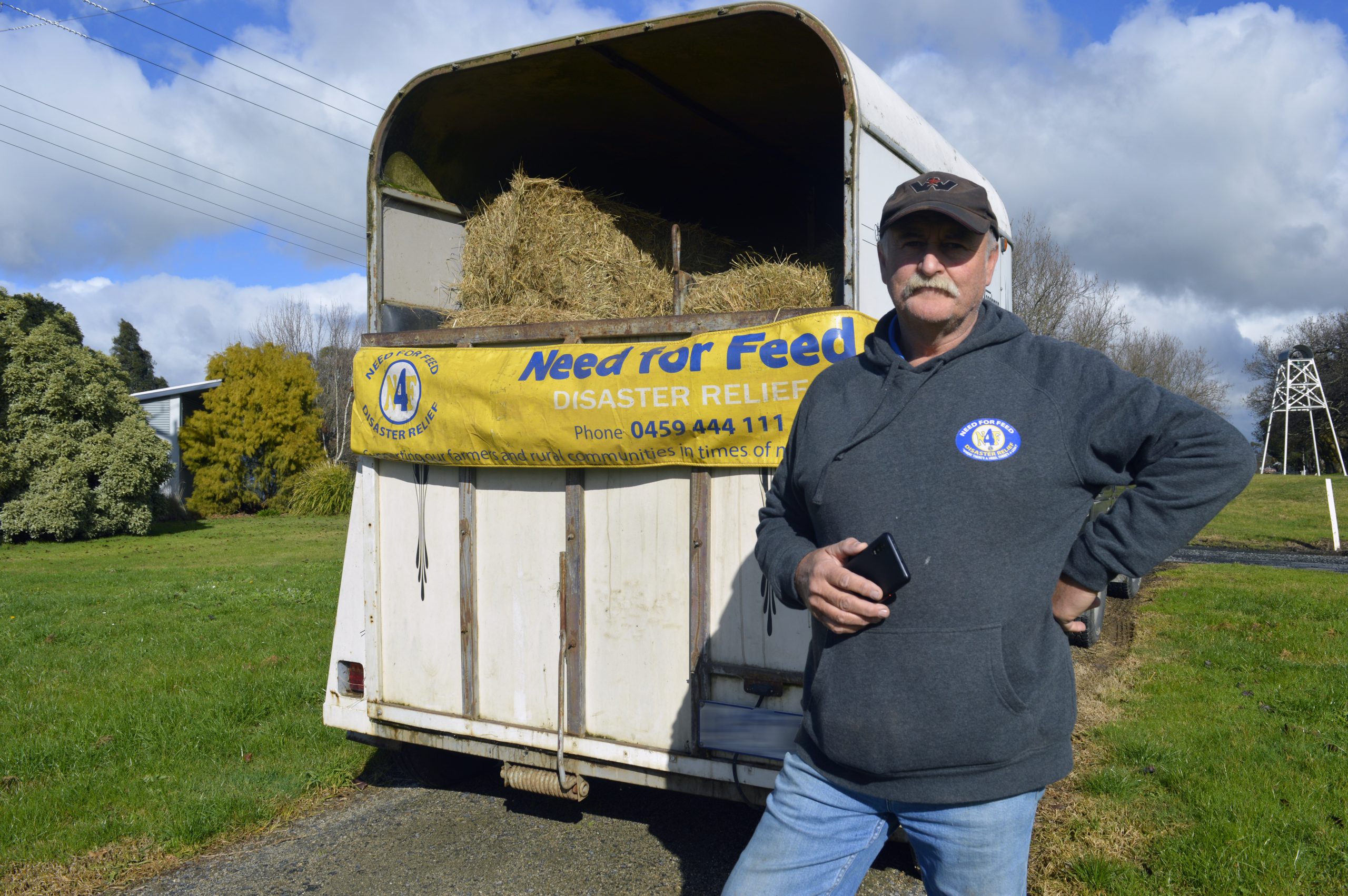 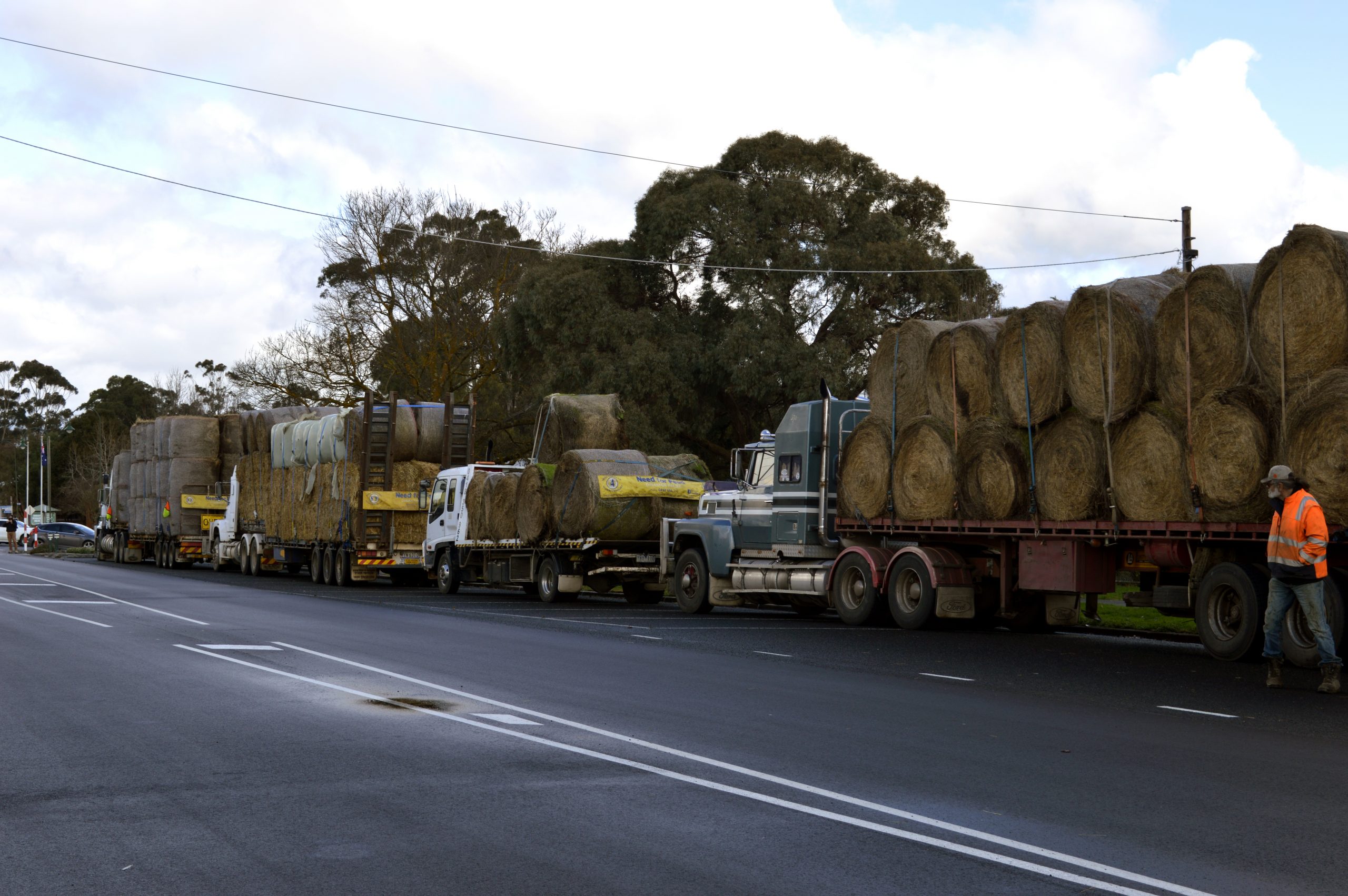 YOU would have been hard-pressed to find a parking spot in Yinnar recently after 25 Need For Feed trucks loaded with fodder arrived in town.

Volunteer drivers made their way from Nar Nar Goon with more than 600 bales of hay to assist the region’s farmers heavily impacted by last month’s wild storm.

The cavalcade made a pit stop in Yinnar around noon before delivering fodder to 20 commercial farms and 15 lifestyle properties in the Yinnar and Heyfield districts.

Need for Feed founder Graham Cockerell, who started the organisation in response to the 2006 East Gippsland bushfires, said the fodder was well-received by farmers who often put their livestock’s needs before their own.

Volunteer and Mirboo North local Mark Bourke said the deliveries would provide farmers with some relief in such dire circumstances.

“It’ll be able to help them keep going for a bit longer because it can be pretty heart-breaking when you lose a lot of feed and you’ve still got to get through winter,” he said.

Volunteer Dave Bennett said the additional goods were just as meaningful as the fodder for some families.

“Everyone’s doing it hard, it’s not the monetary value it’s the fact it shows people care and people are thinking about them, they’re not battling on alone,” he said.

Mr Bennett only began volunteering around 12 months ago, but said his experiences at Need for Feed had already been a real eye-opener for the Malvern East local.

With many more wet and cold weeks to come and farmers in affected areas unable to grow new fodder until spring, Mr Cockerell said Need for Feed’s efforts would continue for as long as necessary.

“Some of the primary producers may need supporting through in to spring which is usually how we treat it, it’s not necessarily a one-off delivery,” he said.